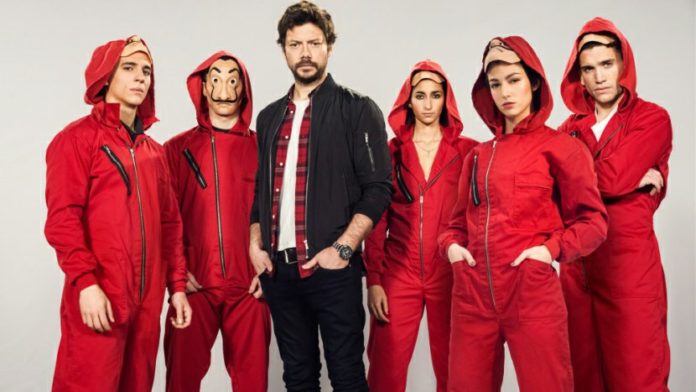 The hit Spanish drama on Netflix Money Heist aka La Casa De Papel’s is regarded as the much-awaited season of 2020. The streaming giant had previously reported that the fourth season of Money Heist will feature in the ecosystem of Netflix on the 3rd of April, 2020.

Now that the previously presumed date is coming close, several reports are making rounds across the social media platforms which suggest that the release date of Part 4 would be pushed a little due to COVID-19.

There hasn’t been any official announcement regarding the new development from Netflix. In addition to this, the makers of the show are also yet to reveal the release date of the fourth part. What is Money Heist all about?

Money Heist is a popular crime drama that revolves around a group of smart robbers who are named after the greatest cities across the world. The robbers came together to plan for the significant robbery in Spanish history under the guidance of smart and reluctant character “The Professor.”

In the last episode of Season 3, the audience was shocked to see Nairobi get shot and nobody know if the character will make a return in the fourth part or not. Thousands of fans across the world are waiting to know what is to come in the forthcoming Part 4.

The makers of Money Heist are yet to reveal the plot of Part 4. However, the trailer of Money Heist Part 4 is already released by Netflix on YouTube.