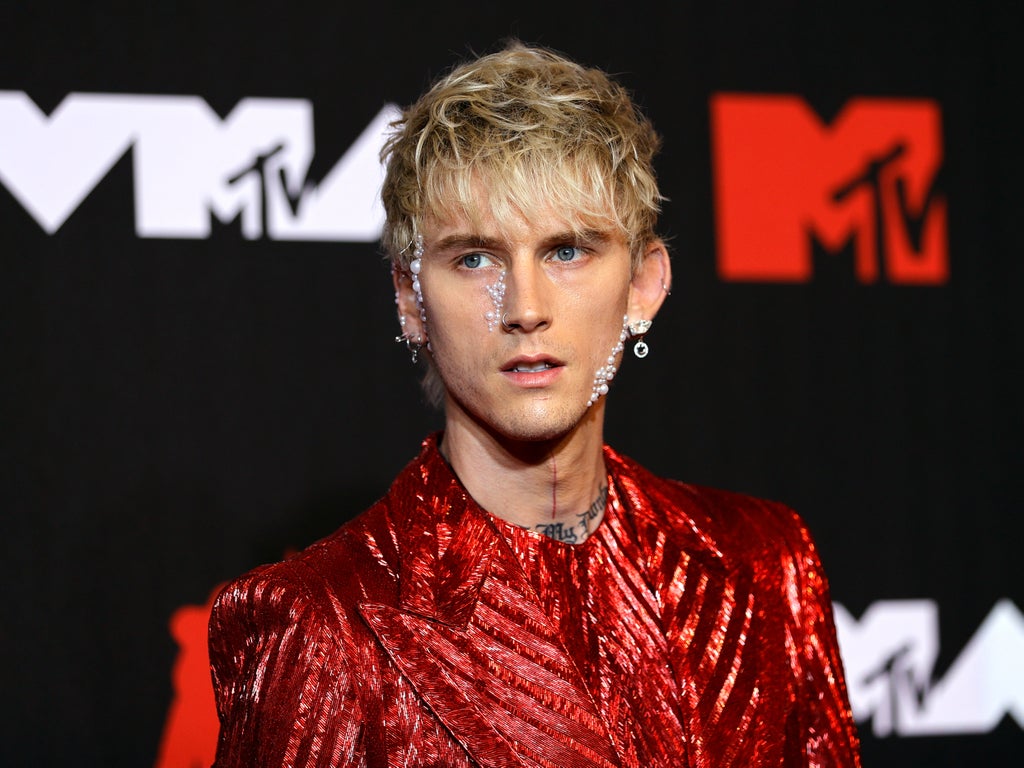 Machine Gun Kelly found himself in a spot of bother after getting into a physical altercation during his festive set this weekend.

The 31-year-old rapper turned singer whose real name is Colson Baker was one of the headliners at Louder Than Life festival in Kentucky when he was confronted by two concertgoers.

Footage of the incident has since been circulating on social media with the singer jumping off stage as he interacted with fans in the crowd – that’s when opportunists made their way over the railings towards to Kelly and one even managed to get past security and pushed him.

Not impressed at being pushed around, the singer reacted by taking a swing at the pusher – but didn’t get a chance to confront him further as the concertgoer was then tackled by a number of people and MGK continued with his performance.

During the his festival set, the crowd was not impressed with Kelly as in the middle of one of his songs, the crowd appeared to boo him, chanting “you suck” and flipping him off.

Though Kelly himself didn’t believe the contents of the video reflected the entire crowd and tweeted: “i don’t know why the media lies in their narrative against me all the time but all i saw was 20,000 amazing fans at the festival singing every word and 20 angry ones.”

It still remains unclear as to what aggravated the fan so much that made him confront Kelly or why Kelly was getting a frosty reception from the crowd.

However in other news, it isn’t the only beef Kelly has found himself in recently after he ignited a feud with Slipnot’s frontman Corey Taylor.

It seems the animosity began when Taylor made a not-so-subtle dig at Kelly for crossing over music genre in order to stay relevant – which is what Kelly done by leaving his rap roots to channel a more pop punk sound.

In an interview with Cutter’s Rockcast, Corey said: “I hate all new rock for the most part.

“I [hate] the artists who failed in one genre and decided to go rock and I think he knows who he is. But that’s another story.”

Although Taylor didn’t name MGK exactly, Kelly had some choice words for Taylor in response, as during his set at Riot Fest he took the chance to hit back.

According to MGK, Taylor also helped with a song for him but he said it was terrible.

In a bid to put the rumours to bed, Taylor took to Twitter to explain his side of the feud.

“I don’t like people airing private s**t like a child,” he said. “So this is all I’ll say: I didn’t do the track because I don’t like when people try to ‘write’ for me. I said NO to THEM.

“So without further ado…. #receipts. This is all I’m going to say about it.”

It seems Taylors “receipts” dispute MGK’s version since Taylor’s emails clearly show that MGK liked the song and described how Taylor has “f****ing killed it and he was “stoked” and “honoured” to be a feature on the track.