Producer Antony Perumbavoor said that the decision was taken as they could not reach a consensus with theatres’ associations. 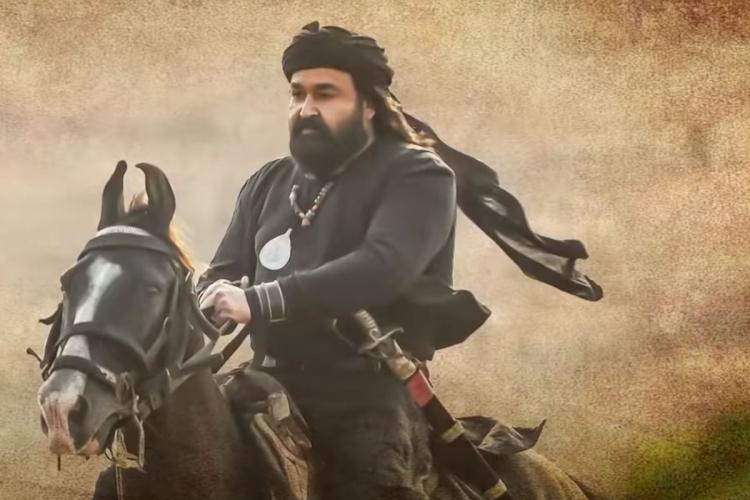 Marakkar: Arabikkadalinte Simham, the multi-crore movie starring Mohanlal in the lead, will get an over-the-top (OTT) platform release, producer Antony Perumbavoor has said. With this, the speculations regarding the release of the much-hyped movie have come to an end. The release of Marakkar was postponed several times. Marakkar had bagged the National Award for the best feature film in 2019, besides best special effects and best costume design awards.

“Of late, there has been a lot of discussion happening over the movie. We haven’t commented on it, as we wanted to exhibit the movie in theatres if there was any possibility for that. A lot of people worked for it,” Antony said at a press meet on November 5, Friday.

Antony added that a meeting with Minister for Culture Saji Cheriyan was scheduled for Friday to reach a consensus with theatre owners, but it did not take place. “The meeting was thought of as the last attempt to have the movie released in theatres,” he said. The meeting was with the Kerala Film Producers’ Association, film distributors, the Kerala Film Chamber of Commerce, and the Film Employees Federation of Kerala (FEFKA).

In June, a verbal agreement had been reached between the Film Exhibitors’ United Organisation of Kerala (FEUOK) and the Kerala Film Producers’ Association (KFPA) to release the movie on over 600 screens across on August 12. This was with the expectation that the theatres would reopen in August, as the state had begun unlocking in a phase by phase manner. However, the theatres reopened only on October 27, though restrictions were eased in other sectors.

At the press meeting, Antony also slammed theatrewonders’’ organizations for not clearing the air on rumors that suggested he was paid a Rs 40 crore advance for exhibiting the movie. “If they had paid that much money, there would have been immense chances for releasing the movie in theatres. However, this is not the time for paying such a hefty amount as advance (because of the pandemic). Such an amount was ever paid to me for releasing movies in theatres,” he said. He also alleged that theatre associations, who were supportive of Aashirvad Cinemas in the past, did not lend any helping hand lately.

The producer also said that the Marakkar team sent contracts to 230 theatres, out of which only 89 theatres sent back signed agreements.”Some theatre owners told me that other movies were also scheduled for release, and screens should be reserved for them too. Finally, when I spoke to Mohanalal, sir, he gave me strength. Then I talked to Priyadarshan sir and took the call for an OTT release with everyone’s consent,” the producer said.