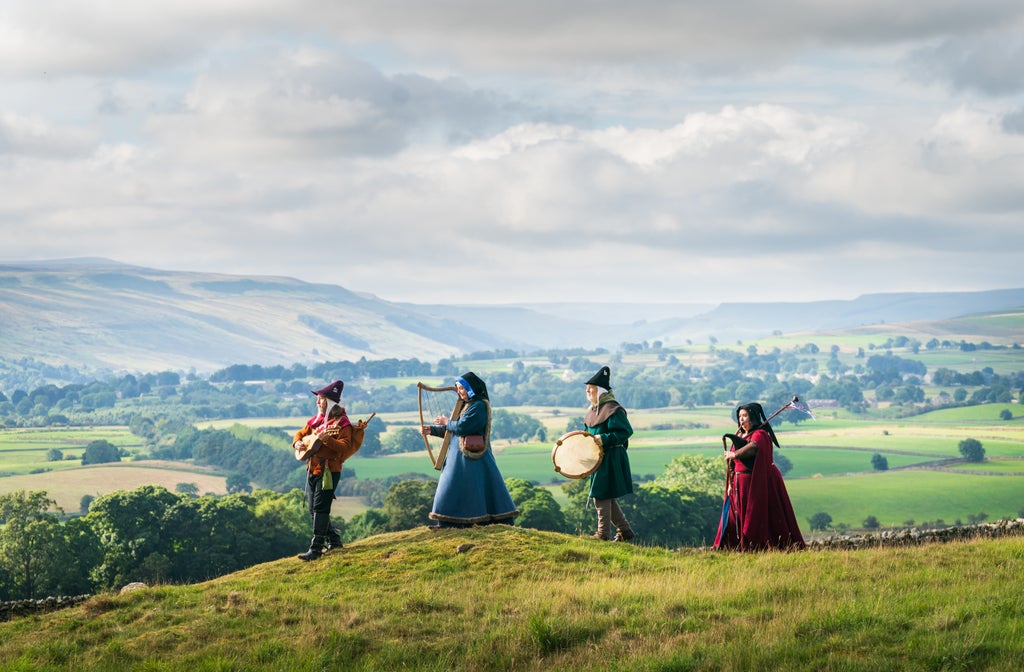 A corner of the Yorkshire Dales has been taken over by musicians revelling in the sounds of more than 400 years ago.

Medieval Music in the Dales is taking place this weekend in and around Castle Bolton – the 14th century monument in Wensleydale where Mary Queen of the Scots was once held prisoner.

It is billed as the only festival of medieval music in the UK.

Started in 2016, Medieval Music in the Dales was cancelled in 2020 due to the pandemic and organisers also decided to postpone the dance element of the festival until 2023.

But they said this weekend will feature a “a varied and wonderful music programme focusing on Italian music and dance music”.

The festival also operates to “promote research into and performance of medieval music, and to support musicians active in medieval music-making”, the organisers said, and enthusiasts can also join in online.

The festival features concerts, workshops, a medieval tavern and an exhibition of medieval instruments.