Spider-Man: No Way Home was released a few weeks ago and it’s already broken one record of Avengers: Endgame in terms of Revenue and Production Ratio. The new and final installment in the Spider-Man Home Coming Trilogy, Spider-Man: No Way Home has crossed the $1.3 Billion Worldwide Collection and it will surely touch the $1.5 Billion very soon.

But do you know how this movie has left behind the collection of Avengers: Endgame, Here we have the information.

Collection of Spider-Man: No Way Home till now

As per the-numbers.com, marvel’s latest Theatrical release has already touched the top 10 highest-grossing movies of the world with 10th on rank (domestic collection) and 5th in the worldwide collection in just a few weeks although very few theaters are open worldwide and the movie is yet to release in China, which is also a big market of Marvel’s Movies.

Till the date of writing this article the movie has earned $1,368,891,855 and has secured the position of 5th in the list and Avengers: Endgame is yet on the top list.

The Movie has various other records such as: 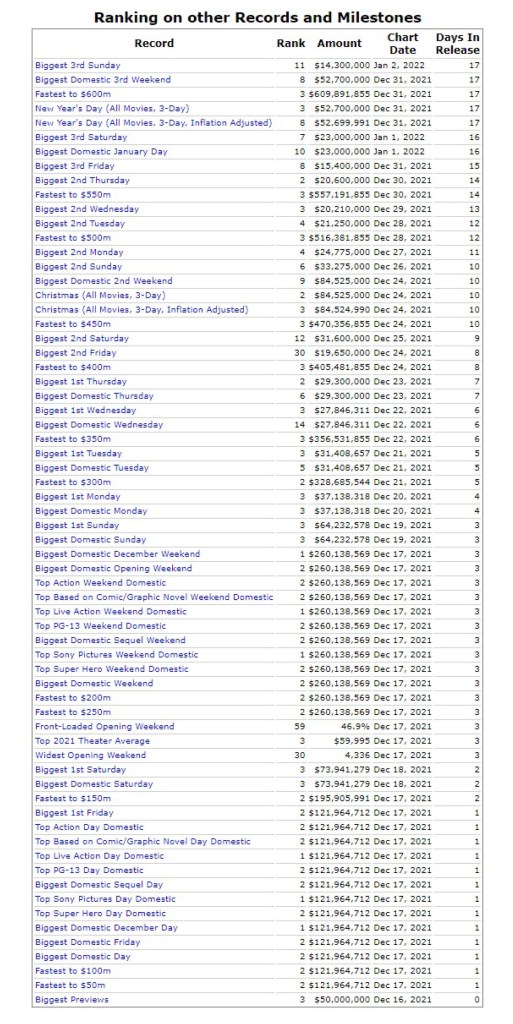 How did the Movie beat Avengers: Endgame in terms of Revenue Collection?

We all know Avengers: Endgame is on the top in the lifetime collection movie (Live-Action Movies) and Spider-Man: NO Way Home is far away from its collection as Endgame has a lifetime collection of $2,797,800,564 and the new spider movie has to double its earning to match the competition. But in terms of Production Budget and Revenue Ration, The Spider-Man No Way Hoem will leave behind the Avengers: Endgame very soon as per the reports.

Here we have created a table to show the differences between the two movies:

The above Stats shows that Spider-Man new movie has beaten Endgame in terms of the Opening Weekend Collection, and very it will beat the same movie in terms of Production/Revenue Ratio as it will increase when the movie will release in China.

We’re independent and uninclined News Publisher. Please Help us in running the Publication, Donate us on Pateron