What is the show about? Is it worth watching? When is it releasing? Let us find out about Landscapers Season 1: Official Release Date, Trailer, Cast and Latest Updates!

Landscapers is an upcoming true crime miniseries, a black comedy-drama written by Ed Sinclair and directed by Will Sharpe. It revolves around the true story of the 1998 murders of Nottinghamshire residents William and Patricia Wycherley. 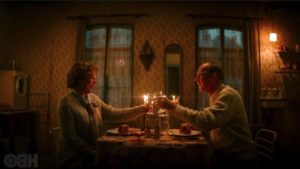 Inspired by real events, Landscapers brings us the story of mild-mannered Susan and her husband and asks us how they came to kill Susan’s parents and bury them in the back garden of their Mansfield home, in a crime that remained undiscovered for over a decade.

The wait is finally over! Here is good news for all of you. Season 1 premieres on 6 December 2021 only on HBO. Save the date!

Cast and Characters of Landscapers Season 1