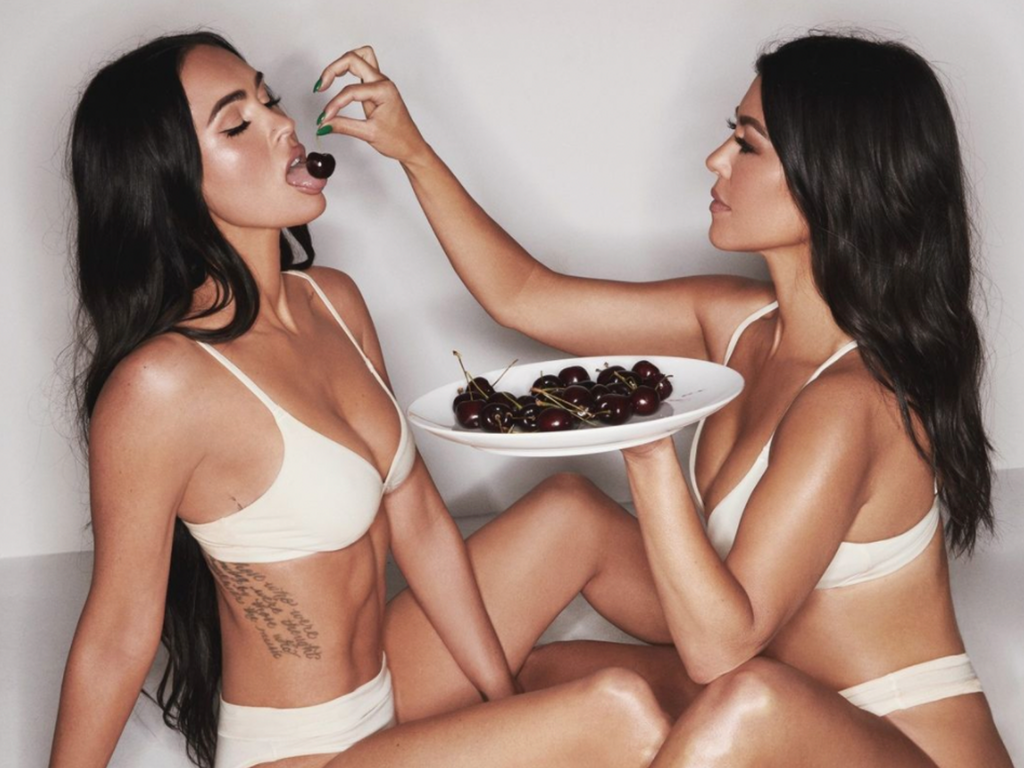 Kourtney Kardashian and Megan Fox have been accused of copying women of colour for the concept of their recent underwear photoshoot.

The seductive images showed them in various poses, including one in which Kourtney (42), fed Fox (35) cherries with their legs intertwined.

Their pose was called out by Kristen Noel Crawley, a former friend of Kim’s, who posted an image of a shoot including models Draya Michele and Tanaya Henry in a similar pose.

In an Instagram story, she posted the picture along with the words: “Black women are always the blueprint, and don’t you forget it.”

Draya, who stars in the reality show Basketball Wives LA, appeared to support the message as she reposted it on her stories for her 8.5 million followers to see.

Crawley, who made the initial accusation of Kardashian and Fox copying the “blueprint” made by Black women, is the founder of beauty company KNC Beauty and is also married to fashion designer Don C.

Last year, rumours of a rift between Kim and Crawley began after it was discovered that she had stopped following Kim on social media platforms. The pair’s husbands had also previously been friends.

The accusations suggest there is no longer a friendship as Crawley didn’t hesitate to call out the concept of the recent SKIMS Cotton shoot.

It is not the first time the Kardashians have been accused of appropriating black culture or for “blackfishing”.

Kim Kardashian was blackfished last year for using makeup that was darker than her skin.