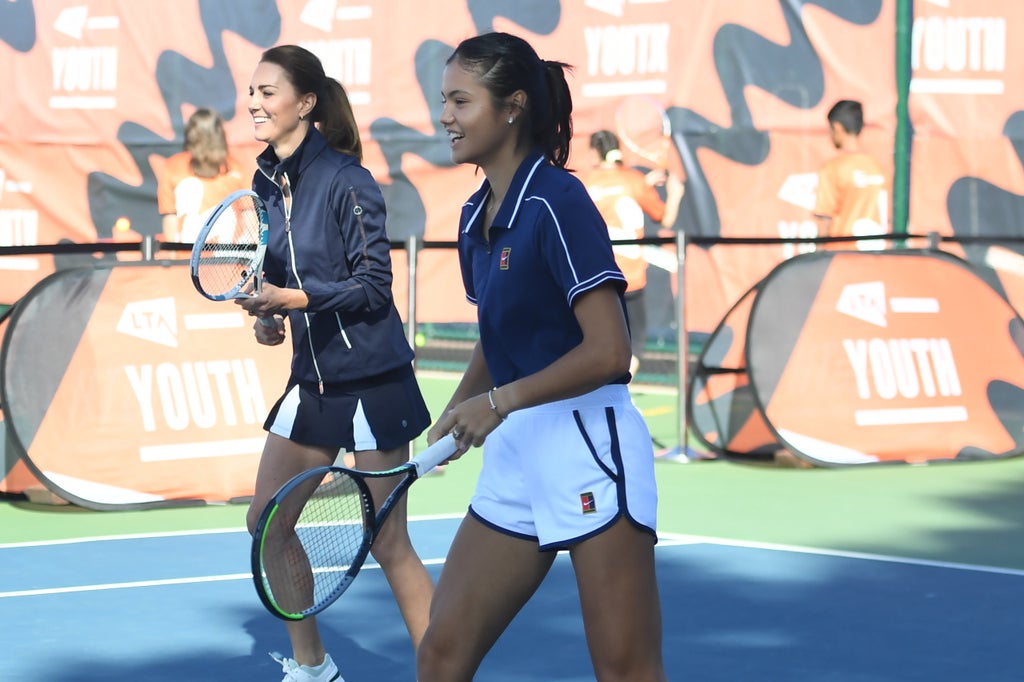 The Duchess of Cambridge has praised Emma Raducanu’s “seriously impressive” achievement winning the US Open women’s title as the British tennis sensation was officially welcomed home.

Raducanu has been on a whirlwind ride since her historic win in New York earlier this month ended the nation’s 44-year wait for a women’s Grand Slam champion.

Kate donned her tennis gear – trainers, skirt and sports top – to practice doubles with the 18-year-old star at the National Tennis Centre in south-west London.

Joe Salisbury, the US Open mixed doubles and men’s doubles champion, and wheelchair players Alfie Hewett and Gordon Reid – who successfully defended their US Open doubles title – also took part in the session.

The duchess, who is a passionate tennis player, patron, and fan of the Lawn Tennis Association (LTA), spoke to the champions before they picked up their racquets. “Amazing guys, honestly, congratulations to all of you – it’s seriously impressive.”