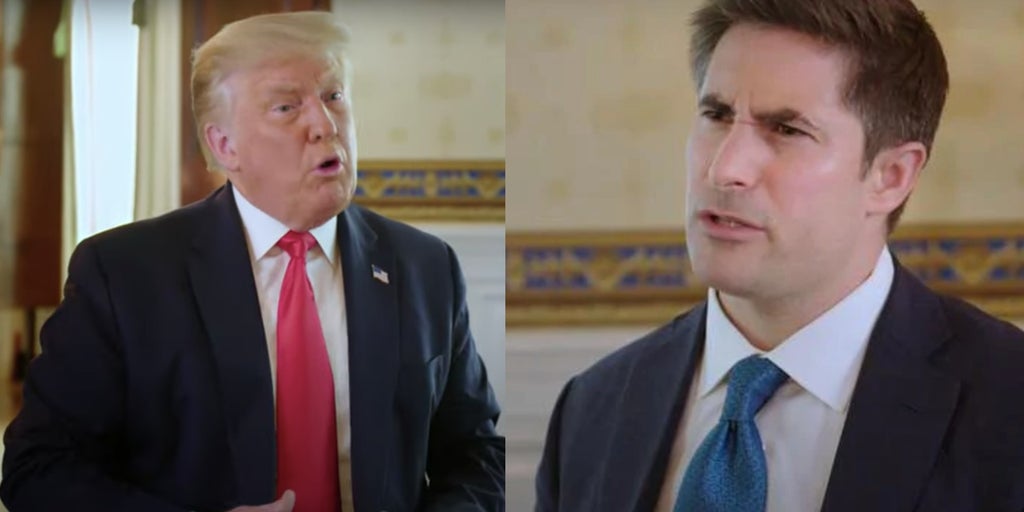 The Australian journalist who grilled Donald Trump about the United States’ Covid-19 statistics in an interview which sparked a thousand memes has now won an Emmy for that interview.

Jonathan Swan is a political reporter for Axios and received widespread praise for his 2020 interview with then president Trump.

In the interview, Swan directly and persistently challenged Trump’s misleading claims and attempted to fact-check him on the spot for his misinterpretation of statistics.

Swan’s many facial expressions during the HBO interview, which some mistook for satire because of how bizarre it was, caused him to become an instant meme and internet star.

Speaking about his win, Swan told Guardian Australia: “I’m deeply honoured to have won this award, and grateful for the gifted, generous team who helped make the interview a great piece of journalism.”

During the interview, Trump was clearly flustered by Swan’s probing questions on his understanding of the data.

Swan reminded Trump that he had a responsibility to his supporters and told him the truth at one point.

Swan also told Trump that the figures for deaths as a proportion of population in the United States are “really bad” and “much worse than South Korea, Germany, et cetera”.

Trump replied, saying: “You can’t do that. You have to go by… the cases.”

Trump also suggested that South Korea’s cases were so low because they were issuing fake statistics.

Some of the interview’s most bizarre moment include:

The former president also claimed to have done more for black Americans than Lyndon Johnson, who passed the Civil Rights Act.

Trump called mail-in ballots “new”, but Swan informed him they’ve been around since the Civil War

In a wildly incorrect claim, Trump suggested mail-in voting was a new system for the 2020 election, but Swan put him right.

At the time, Ghislaine Maxwell had been arrested on suspicion of trafficking children for sex, but the president continued to wish her well despite the allegations.