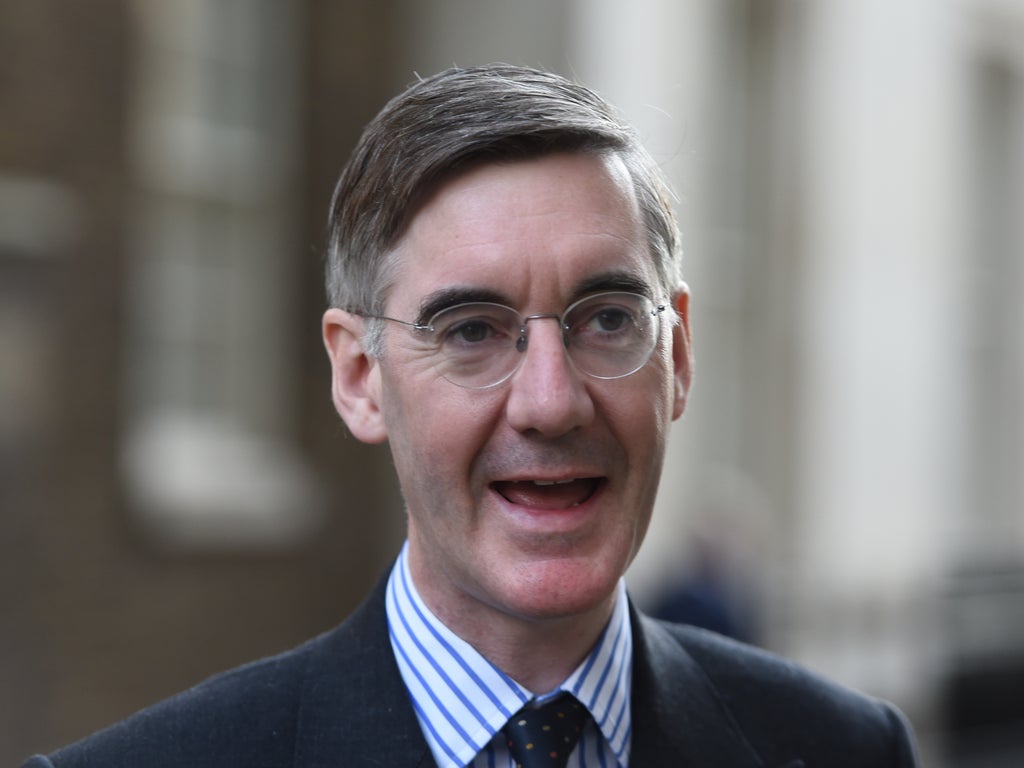 The Tory made the dig at opposition MPs in the Commons chamber in response to Scottish Nationalist Party MP Pete Wishart, who was concerned at the lack of face coverings worn in the “packed” Chamber during Prime Minister’s Questions.

Wishart said: “Yesterday, at PMQs this place must have been about the most crowded enclosed space in the whole of the UK.”

He added: “The government’s own advice states: ‘wear a face covering in crowded and enclosed settings where you come into contact with people you don’t normally meet’.”

The SNP politician accused the Tory no-mask policy and the House of “sending the worst possible message to the country and contributing to all sorts of confusion”.

In response to Wishart’s genuine concerns, Rees-Mogg accused opposition MPs of not going to Parliament enough to warrant not needing a mask.

Rees-Mogg said: “Is it not interesting that the honourable gentleman, and perhaps this applies to the nationalists generally, do not normally meet other MPs?

“Perhaps, this is because they’re not very assiduous in their attendance in the House of Commons?”

He continued: “And is it not a pity, Mr Speaker, that some people don’t like to come to Parliament?

“And if they came a bit more, they worked a bit harder, if they put their elbows to the grindstone, wherever you put your elbow, elbow to the wheel, they might not need to wear face coverings either because they would meet members of Parliament more regularly.”

One person on Twitter wrote: “Dr Rees-Mogg thinks that working hard is an alternative to a face covering. I wonder where science is on this one?”

Another couldn’t believe “he really had the nerve to say that”.

Other people brought up questions about Rees-Mogg’s statements, including the controversial comments made about Grenfell Tower victims.

MPs gathered in the enclosed Commons chamber for PMQs on Wednesday, with many Tories going maskless as the party’s health secretary Sajid Javid said there was no need for them to wear them in cabinet.

The decision has been blasted by doctors who have condemned Sajid Javid for “shocking” irresponsibility.