The superhit franchise Jackass is all set to come with another installment in their Jackass film series named Jackass Forever soon in cinemas. It is said to be a sequel to the 2010 film Jackass 3D.

While it may not be for everyone, Jackass has had a long-lasting impact on pop culture. Like any other successful and wildly popular franchise, fans of the series really love it.

This reality comedy film is directed by Jeff Tremaine and produced by Jeff along with Spike Jonze, and Johnny Knoxville.

Almost all of the original Jackass cast are returning. But first, we’ll update you about who isn’t coming back for the fourth film. Sadly, star Ryan Dunn died in June 2011 and frequent guest star Rip Taylor died in October 2019. 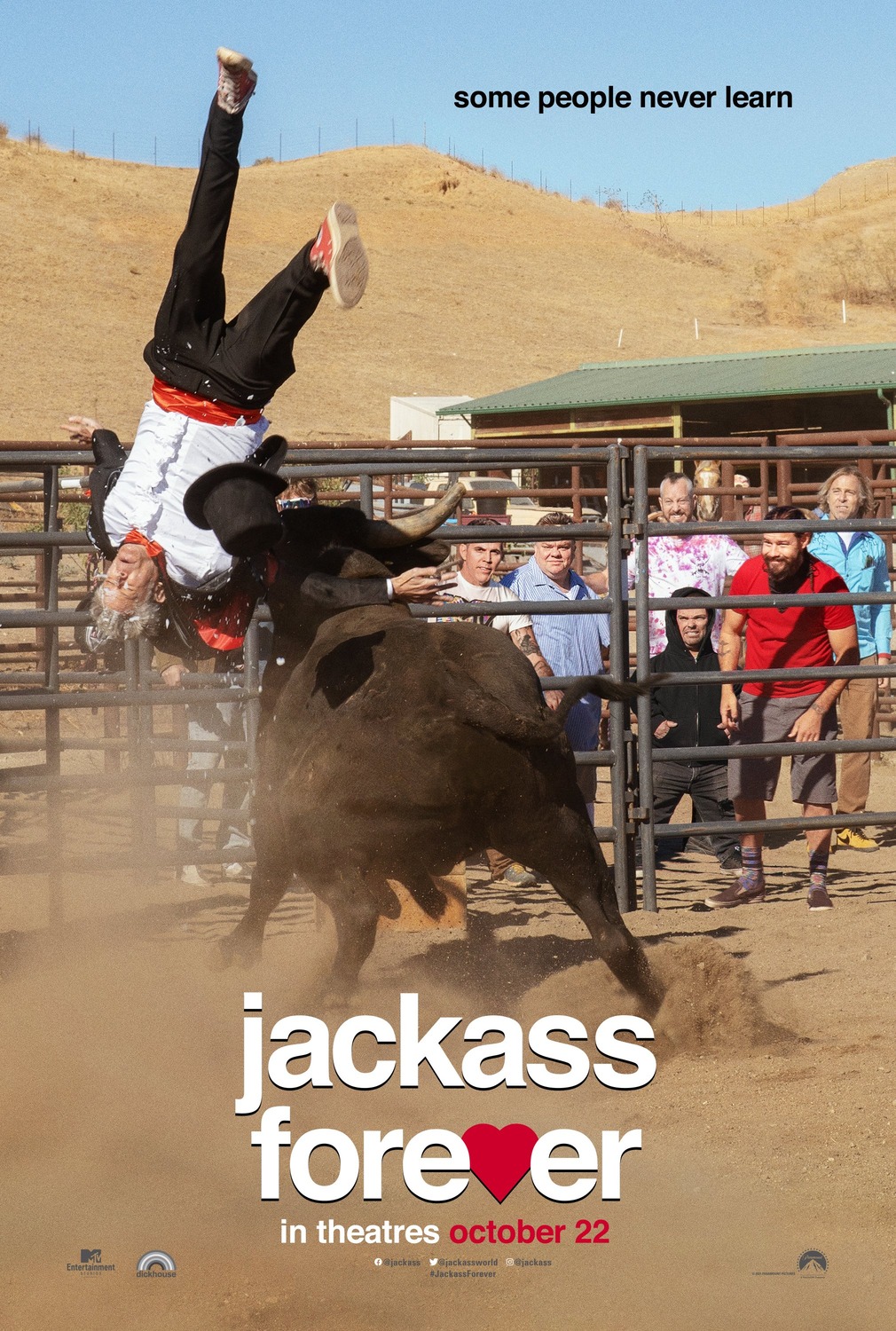 In addition, Bam Margera was fired from production.

There isn’t really a plot to the Jackass films; it’s pranks and stunts and outrageous shenanigans. The fourth film started as it meant to go on, with on-set injuries. It is all about celebrating the joy of being back together with your best friends and a perfectly executed shot to the dingdong, the original jackass crew return for another round of hilarious, wildly absurd, and often dangerous displays of comedy with a little help from some exciting new cast.

The trailer makes it clear that the film is a celebration of the joy of being together with your friends, who share a love of doing absurd and often-dangerous displays of comedy stunts. Paramount Pictures has released the trailer, check it out here:

The shooting went on the floors in March 2020 and the principal photography began in Sep 2020. Earlier it was to be released in March 2021 but got postponed. Now Jackass Forever will hit the theaters on 4 February 2022.