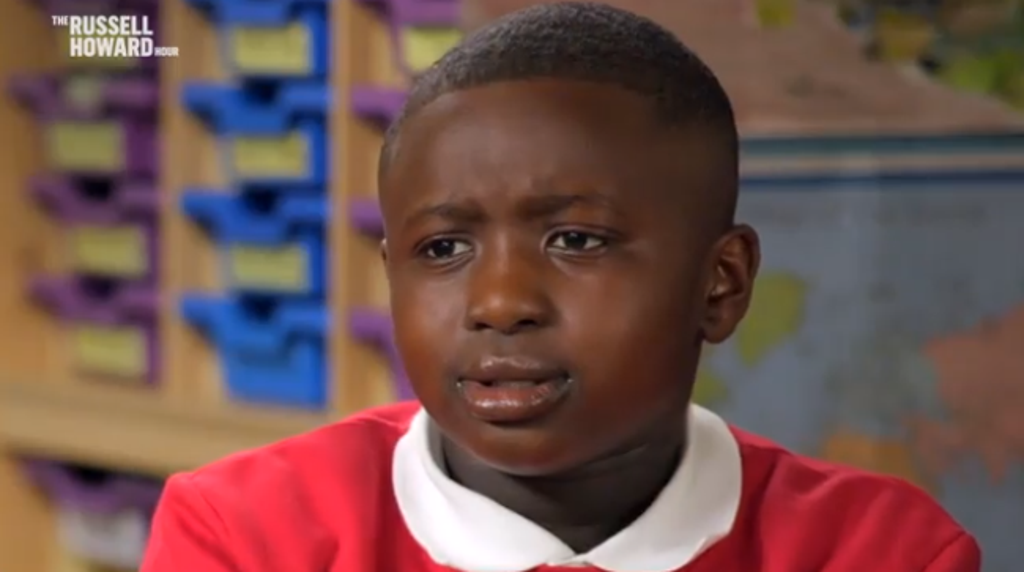 Most children are aware of some of the most famous faces in popular culture, politics, and current affairs. Sometimes they mix them up and the results can be quite funny.

One of the kids piped up: “He is really strong. I mean he does eat like 100 pancakes in the morning.”

The audience laughs as Howard asks the schoolboy what the Prime Minister does after guzzling pancakes.

“Um, I guess he just has a big drink,” The boy responded.

Probing further, Howard asked what Boris washes the pancakes down with, and the other child suggests wine.

“He has made a lot of good movies like Jumanji,” He said.

The other child asked: “What? Since when has Boris Johnson ever been in Jumanji?”

“He was in the movie,” the kid answers.

Howard then realised that the schoolboy had mixed up Dwayne ‘The Rock’ Johnson with Boris Johnson. Howard chuckled and said it was “a brilliant thing to have done.”

The little boy responded to the correction by laughing and putting his head in his hand.

But the kid wasn’t too far off the mark!

In 2019 The Rock previously joked about being related to Boris, joking: “He’s my cousin, it’s like looking in the mirror every time I see Boris.”

There are a few key differences between The Rock and Boris. One, our vote would go to the Hollywood heartthrob. Secondly, one is The Rock, the other’s just a (rude word that rhymes with rock).