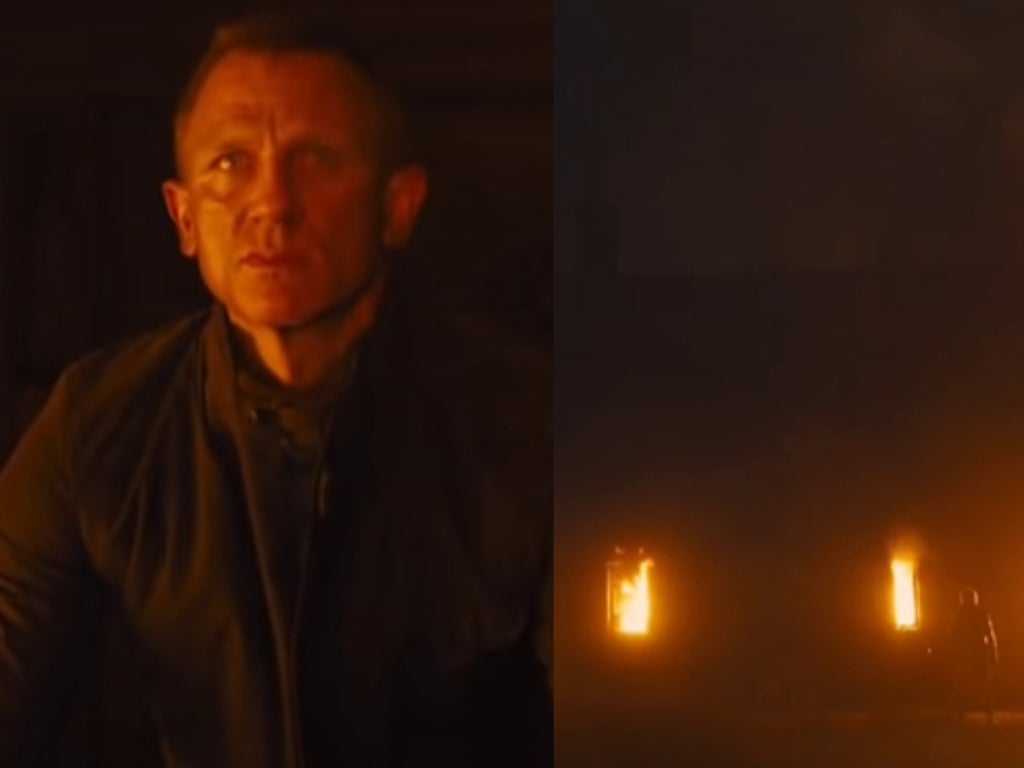 It was an iconic yet devastating moment for 007 fans, as the 2012 James Bond film Skyfall saw some chaotic closing scenes which showed Bond’s childhood home – the magnificent Skyfall Lodge – being destroyed.

The Scottish Highlands ancestral home went up in flames after a standoff between Daniel Craig’s 007 and arch-enemy Raoul Silva (Javier Bardem).

The franchise is known for its explosive and destructive scenes, and the demolition of Skyfall Lodge was no different.

But how much would Bond have to fork out if this were real life and the spy was desperate to reestablish his roots? Here, we’ll take a hypothetical look at how much it would cost to rebuild Skyfall Lodge.

The Skyfall Lodge we all see on screen isn’t an existing building – it was purpose-built (and destroyed) just for the film. The filming location was at Hankley Common in Surrey.

The location for the fictional Bond family home in the film is Glencoe, in the Scottish Highlands. A staggeringly beautiful area, it’s also where much of the dramatic natural scenery in the film was shot.

If Skyfall Lodge were a real property, it’s estimated that it would be worth around £2.2 million today.

Helicopter fire meant the walls and windows sustained heavy damage, along with gunfire from Silva and his henchmen.

Grenades also caused intense fires after they were thrown through windows into the building, topped off with a homemade gas canister bomb triggered by Bond, which caused a massive explosion.

But it didn’t stop there…

As a result of the bomb explosion, the helicopter gets damaged and proceeds to crash into the house before exploding in an enormous fireball.

So with most of the house completely obliterated, we’re not exactly working with a lot here.

Due to the extensive damage it suffered in the film, realistically the property wouldn’t be worth repairing.

Though the foundations could maybe be saved, the house would need to be rebuilt from scratch.

But just exactly how much roughly would this cost?

As the house on screen is actually a set, we’d need to use a similar property in real life as our example.

Dalness House is a similar style lodge, in nearly the same spot in the Scottish Highlands. Making some assumptions about the size, style and materials for both properties, we can estimate that rebuilding a house like Skyfall Lodge could cost around £1.8 million. This excludes certain finishes.

Remember, though, that the rebuilding cost varies hugely depending on location.

For example, since Skyfall Lodge is situated in the Scottish Highlands, it would be more expensive to build due to haulage costs of getting resources to the remote area.

While we only get little peeks at the interiors of Skyfall Lodge before its demise, from what we did see, the property boasted some distinctive and impressive features.

Once you’d gone to the trouble of rebuilding the house from scratch, you’d need to replace the dark oak wood floors at around £65 a square metre.

Other essentials to recreate the Skyfall Lodge interiors include traditional wood panelling at between £79 and £250 a panel. You’d also need a wood staircase at around £8,250. A wood staircase would be cheaper in other properties, but not in a grand place like the Skyfall house.

One of the biggest expenses would be the grand stone fireplace. This could cost between £1,500 and £3,500 to replace.

Overall, its a pretty huge undertaking to rebuild Skyfall Lodge, but if anyone can do it, James Bond can.

These figures have been are provided by Checkatrade, the site you can use to find a tradesperson.

“No Time To Die” is out in cinemas now.