Hawkeye – our Superhero without the superpowers, is about to debut on the O.T.T. platform with his show of 6 episodes on Disney Plus this week. Fans are excited about Hawkeye’s plot and story as we will be able to see the various other characters after the Avengers: Endgame.

What could be the plot of Hawkeye?

Jeremy Renner, who is currently playing the role of Archer Hawkeye, aka Clint Barton, had said once in his production diary that “He lost his whole family in the Blip, and then he took his pain and rage and sadness out on every bad guy on the planet. Everyone dealt with those losses in a different way — Clint went full-on vigilante. Justified or not, it’s an enormous weight on him because he knew he was going outside the moral code of what he is. That’s where we start the series — things that happened in the past catch up to him.”

The series will take place after the Endgame in the Hollywood time, where Renner will be attending the musical show of Chris Evans’s Captain America in New York City as per Jeremy Renner. The show will be a family based-one, and we can see the whole family in action. 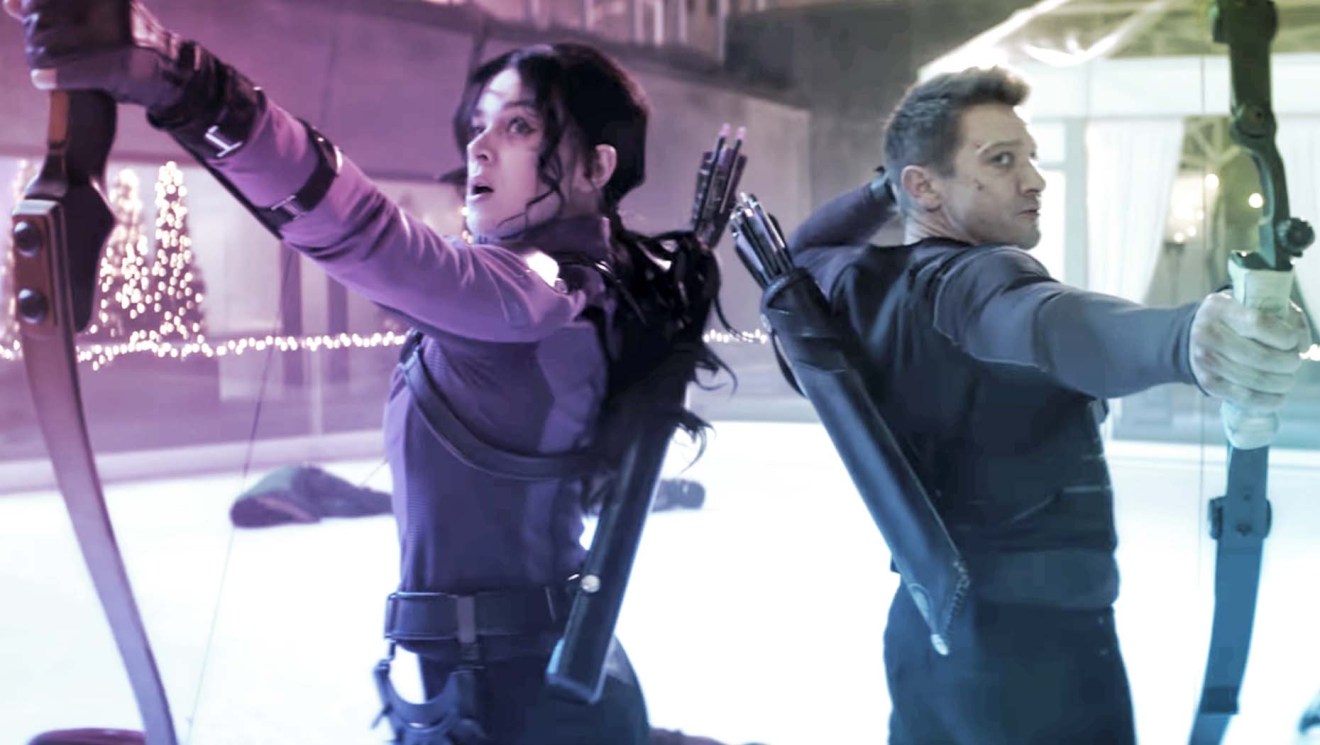 The Release Date and Time of the show on Disney+

Kick off the holidays with the first two episodes of Marvel Studios’ #Hawkeye, and start streaming in English, Hindi, Tamil, Telugu and Malayalam on November 24 on @DisneyPlusHS. pic.twitter.com/vQIGZTv50C

After which, the other episodes will be released every Wednesday. If you have not taken the subscription to Disney+, you can take it from here.

The Schedule of all Hawkeye Episodes

The Returning Cast and Debutants

✨ The cast and filmmakers of Marvel Studios’ #Hawkeye made their mark at the NYC Fan Screening! Don’t miss the two-episode premiere this Wednesday, only on @DisneyPlus. (1/5) pic.twitter.com/IYXd4FRZpB

Various characters are returning on the show from the MCU Universe, mainly are the leading casts and family members of Hawkeye.

Jeremy Renner is returning once again as the Hawkeye, aka Clint Barton, who is once the founding member of S.H.I.E.L.D., former Avenger, and the great archer.

Hailee Steinfeld is debuting as Kate Bishop or New Hawkeye

Hailee Steinfeld is best known for her roles in Bumblebee, 3 Days to Kill, and Apple+ TV show Dickinson. She will be debuting into the MCU as the new Hawkeye, also known as Kate Bishop. Clint Barton himself will train her; she idolizes Clint in archery and always.

Alaqua Cox will also debut with the character known as Maya Lopez / Echo in Marvel Universe. As per comics, she is a deaf person who can perfectly copy another person’s movements.

✨ The cast and filmmakers of Marvel Studios’ #Hawkeye made their mark at the NYC Fan Screening! Don’t miss the two-episode premiere this Wednesday, only on @DisneyPlus. (5/5) pic.twitter.com/cmFwnlMsat

The Crew and Filming locations

The show has been produced by Marvel Studios and will be streamed by Disney+, The few episodes of the show have been directed by Rhys Thomas, and the rest are by Bert & Bertie. The show has been created or written by Igla, and a few additional writers are Elisa Climent, Katie Mathewson, and Tanner Bean.

The show was filmed in British Columbia, Canada, Atlanta, and Georgia. As per the Screenrant, the few scenes of the show have also been filmed in Brooklyn, Downtown.