Hawkeye Episode 6 will be the final episode of Marvel’s Clint Barton; In the previous episodes, we had seen a tremendous fight between Clint Barton and Yelena where Echo (Maya) and Kate Bishop were also present. Behind the Scene Clip of the same sequence has been released by Marvel Entertainment on their Youtube channel.

The video shows the fight between Clint Barton and Yelena, which Marvel has teased; means Yelena could be in the pivotal role as Wilson Fisk may hire her, aka King Pin, with the help of Eleanor Bishop, which has been revealed in the ending of Episode 5. So many things are about to happen in Episode 6; let’s hope Yelena could fight alongside Clint Barton and Kate Bishop in the last episode as we have seen some change of her heart in the previous episode.

In one scene, we can see Hawkeye and Yelena (Florence Pugh) fighting, and the location is not the roof we had seen in episode 4, so the footage is from the last episode 6.  So it’s a significant SPOILER as we will be able to watch the hand-to-hand combat again of Clint and Yelena in the upcoming episode. 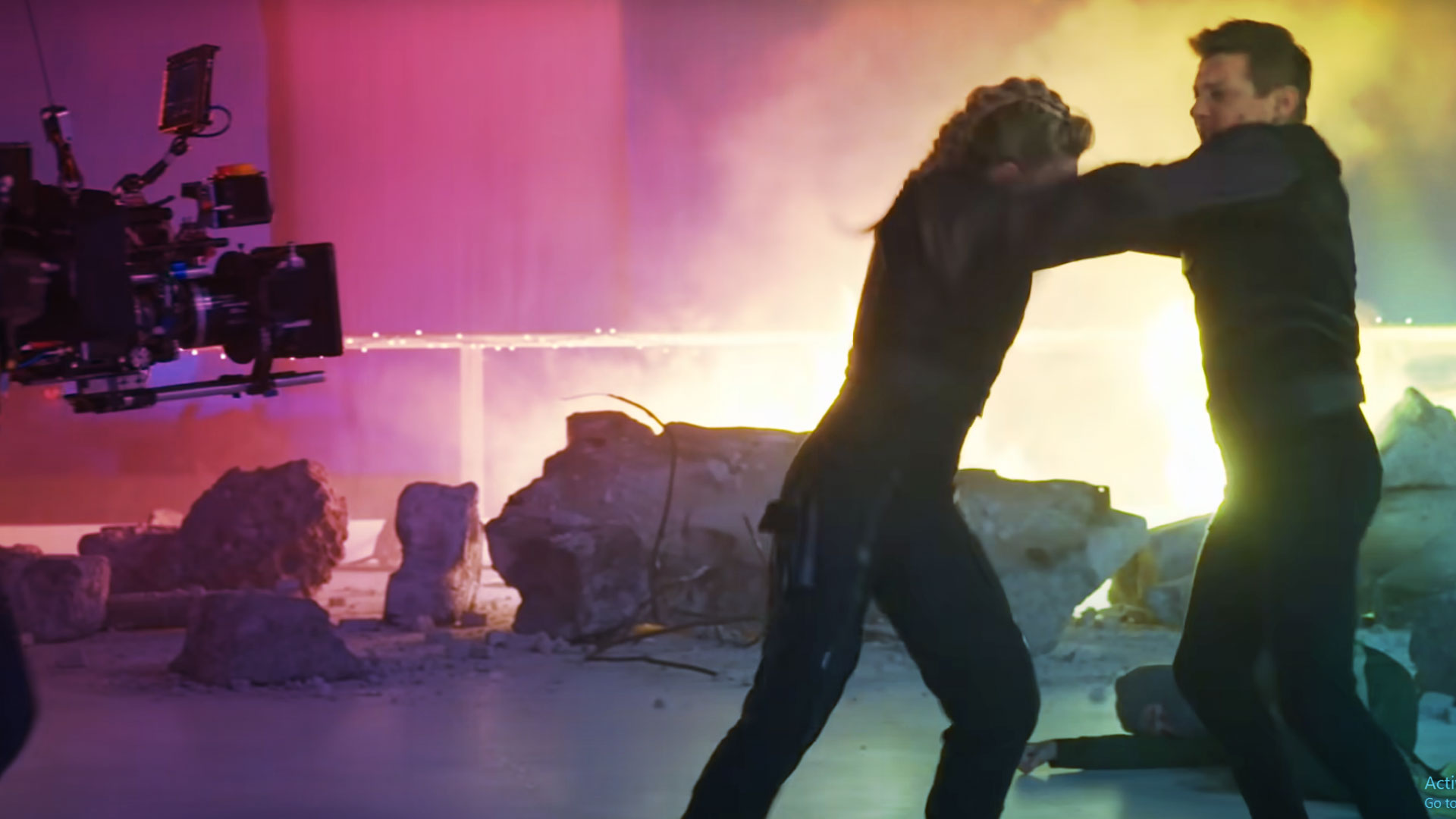 In another footage, we can see the scene between Yelena and Kate Bishop in Kate’s Apartment from Episode 5, where Yelena was asking Kate why she is helping Hawkeye, aka Clint Barton, because she thinks that Hawkeye is responsible for the death of Balck Widow Natasha Romanoff who was  Yelena’s sister. Here Kate said that Clint could not do that’s. She said he had seen his good side and his helping by nature; he couldn’t be responsible for any of his friend’s death, and above all, Natasha was his best friend before they became part of the Avengers Team. 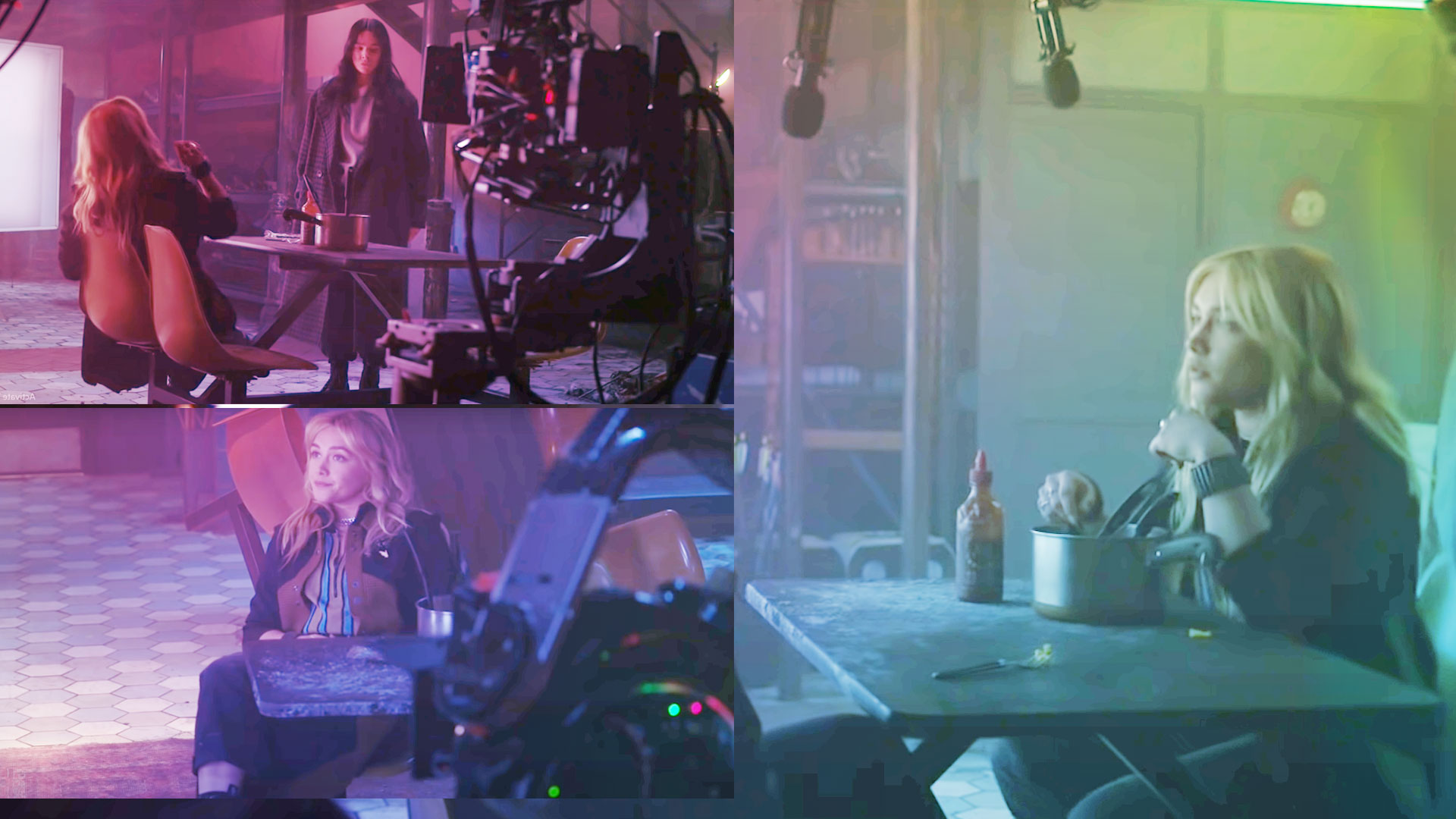 In that scene, we can see Yelena confronting Kate Bishop that she is in New York to kill Clint Barton; later in the episode, we know that she has been hired by Kate’s mother, Elanor Bishop. Is Eleanor working for King Pin, Wilson Fisk, or is she with the Russian Mafia? It will be revealed in the Hawkeye Episode 6 only.

What had happened in Episode 5 of Hawkeye?

Kingpin has been teased in Episode 5 of the Hawkeye as Kate’s mother has been confirmed that she is working with Wilson Fisk. And Yelena has been hired by her mother means Yelena is indirectly working with King Pin, which shows Kingpin’s connection with the Russian Mafia from Daredevil. As in Daredevil, we had already seen that Kingpin connected with both the Russian Mafia and the Chinese drug lords.

Echo is also working with Wilson Fisk, So no doubt the main villain of Hawkeye Episode 6 will be Fisk and his determination to take charge of New York in Daredevil.

Here are a few other footages from the BTS video, which shows a fight between Clint Barton and Yelena.

Episode 6 of Marvel’s Series Hawkeye will be the last in the season, As it’s going to be the final episode, it will be the longest one, and there are various questions that Marvel will answer in just one episode. So the fans can watch Episode 6 on 22 December 2021.

We will genuinely review the upcoming episode on our Youtube Channel. You can Subscribe to us there. And if you want to know about the Season 2 of the show, click here.