With our review of the fifth episode of Hawkeye we go into the final phase of the miniseries on Disney+ dedicated to Clint Barton. This is an atypical episode compared to the previous four, both in structure and content. Almost as if preparing the way for a final showdown, hawk eye slows down the story and chooses to focus on the characters, limiting the action (the product’s real weakness) to the last few minutes. If in the previous four episodes the series created by Jonathan Igla showed its side because of a too long story, then this fifth episode is titled Ronin instead, it turns out to be a bull’s eye. Whether it’s through a more precise writing or a series of sequences in which two actresses duet with a talent that can elevate the moment, whether it’s the themes that come up about the role of a superhero or the growing feeling again Witnessing a perfectly connected with the rest of the Marvel Cinematic Universe, this penultimate installment of Hawkeye proves to be one of the best of them all. 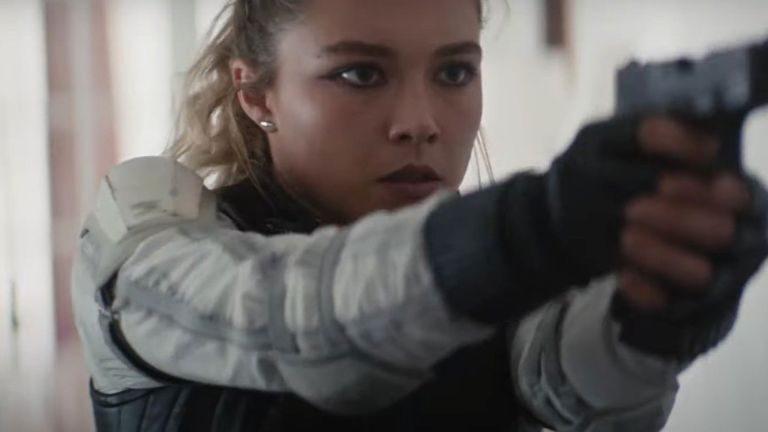 There are minor changes that make this fifth installment of Hawkeye atypical compared to the others. It starts with a prologue set in the past, right back in 2008, starring a character we found last week, which in turn works as a short sequel to one of the Marvel Studios Phase 4 movies. With a winning aesthetic pick, we’re told within minutes just how much of a tragic burden this character has to carry on his shoulders. It’s only then that the episode really kicks in, with the much-loved Marvel fanfare and recap of the previous installments. The series logo is not hit by an arrow this time. A choice that presupposes a standstill in the story, a more introspective episode than usual, where the action is relegated to a few short moments. the series: what it means to be a hero, to trust someone, to choose your own path, to wonder if it is right to follow your idols and their models of life. After all, every superhero is also human. In this way the story takes small (but important) steps forward, without giving the feeling of unnecessary stretch.

All the characters in the series are on a path that will lead them to change. It’s the classic hero’s journey acquiring more values ​​in Hawkeye. He finds himself in Clint Barton’s conflict, between the hero of the Avengers and the lone avenger; in the conflict of Kate Bishop, a girl who dreams of following her idol and at the same time clashes with his decisions; also in that of Yelena, the Black Widow who is simultaneously a deadly killer and a younger sister who still cannot mourn. All the protagonists of the story have before them a path that seems to be demarcated and that includes them in one way or another. It is a way of almost closing your eyes, but precisely in these forty minutes each of them will somehow be forced to change perspective and point of view, to make a choice above all. The series focuses on the dilemma of the characters and gives up that too intrusive humor of the past and opts for a different kind of entertainment that is more in line with the themes covered.

There’s only one episode left before Hawkeye’s conclusion and thanks to the ending of this one, the wait will seem very long. Like what happened with other products under their brand, Marvel Studios never ceases to surprise and the latest reveal of Roninit will make more than a few spectators jump. However, it would be unfair to consider the series successful only for the return of this or that character present in other works. While it may seem like the weaker and less focused series from the 2021 series, Hawkeye manages to find its own identity within the ever-expanding narrative universe, satisfying audiences of fans applauding the various internal connections. . Because it’s incredible to see how a simple scene between Hailee Steinfeld and Florence Pugh (truly exceptional) manages to build a very strong emotional bond with the viewer who can’t help but take to heart the characters who want to appear cold and deadly . The Marvel family is celebrated in an omnipresent Christmas atmosphere, with a Christmas lunch where all spectators are invited to sit next to their favorites. If this isn’t the magic of cinema.

Here is the end of movie hype review of the fifth installment of Hawkeye by applauding the choice to slow down the story (which, however, takes big steps in preparation for the finale) by focusing on the characters. In one of the best episodes, the series dedicated to Hawkeye, thanks in part to a truly talented cast, manages to build an emotionally very strong bond with the viewer and to insert itself powerfully into the rest of the Marvel Cinematic Universe. The action sequences remain the weak point of the series, but the latest reveal will leave viewers gasping, leaving the doors open for a grand finale.