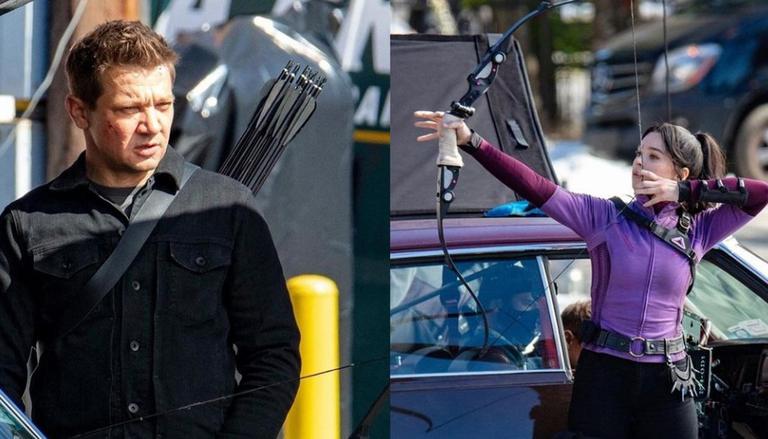 But, yes, Hawkeye episode 4 gave fans one of the moment we have been waiting for since last summer. Clint Barton (Jeremy Renner) ripped off the mask of the assassin attacking him to reveal that Yelena Belova (as played by Florence Pugh) is here in NYC.

We were first tipped off to this appearance in the Black Widow post-credits scene, when Valentina Allegra de Fontaine (Julia Louis-Dreyfus) told Belova that Barton was responsible for Natasha Romanov’s death. And, sure, that’s a lie, but Yelena doesn’t know that.

The last episode ended with Kate Bishop (Hailee Steinfeld) refusing to let Barton fight Echo (Alaqua Cox) and Belova on his own, despite his orders to do so. Clearly, his parental instincts are kicking in, as he ordered her to go once she’d fallen. He couldn’t bear the idea of being remotely responsible for someone else’s child dying. And those urges must be at the forefront of his thoughts having just met Bishop’s mother Eleanor (Vera Farmiga) and her boyfriend Jack Duquesne (Tony Dalton).

Speaking of Jack and Eleanor, there are only two episodes left of Hawkeye and we’re really curious how much more of their true selves the show will give us. Eleanor’s likely villainous nature has been obvious since that red dress she wore in the first episode screamed “I’m a professional villain” — and that conversation of hers with Armand Duquesne (Simon Callow) that Kate overheard was another red flag.

Plus, the Jacques Duquesne from the comic books was a villain named Swordsman, so we wouldn’t be surprised to see him fight for the side of evil, too.

So, right now, that has us at Barton and Bishop against Echo and Belova, with Duquesne in the periphery waiting to slash Hawkeye with the Ronin blade he stole at the auction. Not to mention that guy at the root of the aforementioned fan theories.

Sounds like a mighty interesting case of the numbers game stacked against our heroes. If we had to bet, though, it feels like Yelena will join the Hawkeyes by the end of the season, to even the odds a bit.

But as the below Hawkeye episode 5 shows, they need a ton of trick arrows right now.

How to watch Hawkeye episode 5 on Disney Plus

The next episode of Hawkeye, unlike the truth about how the series will handle Echo’s “uncle,” isn’t hard to catch. The series is exclusively on Disney Plus, and episode 5 arrives (just like the first four) at 3 a.m. ET — this time on Wednesday, Dec. 15.

After this, there is 1 more episode in total, arriving on Dec. 22. The schedule is listed below.

Looking for something else to watch? If you want to stick with the wholesome world of Disney, we’ve got the details on when Encanto is coming to Disney Plus.

How to watch Hawkeye internationally

Fittingly, the holly jolly holiday adventurer known as Hawkeye will finish right before Christmas day. It’s book-ended at the front by Thanksgiving, as the six-episode run began on Nov. 24