This is the second film where Yogi Babu is playing a full-length main lead. Earlier he played one of the lead actors in Kolamaavu Kokila. He will be seen as a security guard in the film. Gurkha is an unofficial remake of Paul Blart: Mall Cop, a 2009 American comedy film. Gurkha, directed by Sam Anton, has hit the screens on July 12.

The film stars Anand Raj, Livingston, Raj Bharath, Elyssa Erhardt in important roles along with Yogi Baby and a monkey. This comedy thriller drama is produced by Sam Anton, the director himself, under the banner of 4 Monkeys Studios.

Before talking about how the movie panned out, let us know how it started. The film’s first look was presented by Sivakarthikeyan on 15 September 2018. In this first look, it is printed that it’s going to be a summer release. It was expected to be released in April, but due to unknown reasons, they postponed it to July.

The film also marks the debut of Elyssa Erhardt, who earlier played personal assistant to actor Vijay’s role in Sarkar. He is a Canadian model who will play a foreign ambassador role alongside Yogi Babu. This movie also has a dog which played an important role, it will be fun for the audience to watch. 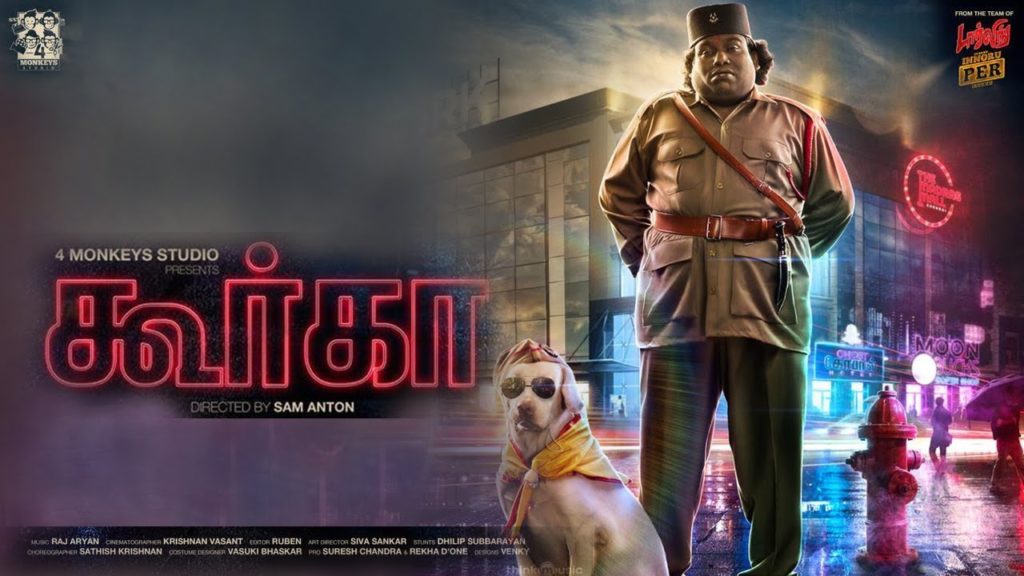 Speaking about his role, Yogi Babu said “I play a watchman in the movie. Though Sam Anton wrote the movie with me in mind, it’s not a hero role. At least, not the kind of heroes I grew up watching,” The film has its fair share of side actors and supporting cast who the canvas colorful to watch.

Music director Raj Aryan has shown a glimpse of his good work in the teaser. We know what to expect from him after seeing what he delivered in the ‘Ra’ movie. The teaser looked beautiful, thanks to cinematographer Krishnan Vasant.

We all know what to expect from a filmmaker like Sam Anton. He’s great at making comedy films and his one is no short. He started his career with GV Prakash Kumar’s comedy-thriller Darling back in 2015. After that, he directed films such as Enakku Innoru Per Irukku and 100. All his films have received positive feedback from the Tamil audience.

Coming back to Gurkha, the film has a fair share of comedy, but there is constant suspense surrounding the characters. The screenplay is crisp which keeps the story intriguing. The scenes between Yogi Babu, the dog, and Elyssa are extremely funny.

Yogi Babu delivered a terrific performance. As usual, his comedy timing is awesome. He manages to keep the audience entertained as the movie goes on. The story of the movie is interesting, it gets unveiled as we go on with the movie.

And then the climax, its the best part. And before you realize, it’s all over. You will feel like it should have had more runtime. But still, it’s an exciting watch. Hope you all like it.

Here is the Theatrical Trailer of Gurkha Movie :

The Boys Season 3 Release Date, Cast – Here Is Everything We Know