Grown-ish Season 4 Part 2 is soon to be started after the winter break with its Episode 10, Here we have discussed the Release Date, Cast, and Plot Info. Grown-ish is an American sitcom series revolving around the life of the elder daughter of the Johnson family Zoey as she heads to college and begins her new adulthood journey. However, very soon she realizes that everything is not as easy as she had imagined right after she gets out of her cocoon. Grown-ish, created by Kenya Barris and Larry Willmore, aired its first episode in January 2018 and since then, it is a quite famous show especially among the youngsters.

The much-loved show Grown-ish series features Zoey Johnson played by Yara Shahidi and Aaron Jackson played by Trevor Jackson. Other significant characters in the show are Francia Raisa as Anna Torres, Luka Sabbat as Luca Hall, Jordan Buhat as Vivek Shah, Emily Arlook as Nomi Segal, Chloe Bailey as Jazz Forster, Dean Cole as Charlie, and Diggy Simmons as Douglas. Yara is the narrator and main protagonist of the series.

What had happened till now in Grown-ish Season 4?

Let us take a look at the fourth season of the freeform hit series Grown-ish. The first spin-off from the Mega successful ABC series Black-ish in its fourth season of chronicling the lives in a time of Zoey Johnson and her friends as they navigate the trials of higher education. In the first part of the fourth season, fans saw the friend’s group currently dealing with protest backlash and love that went wrong. With the gang entering the senior year, things seem a bit ominous. Though the show has been a hit for the freeform has had success with streaming on Hulu, ratings haven’t been at their highest. 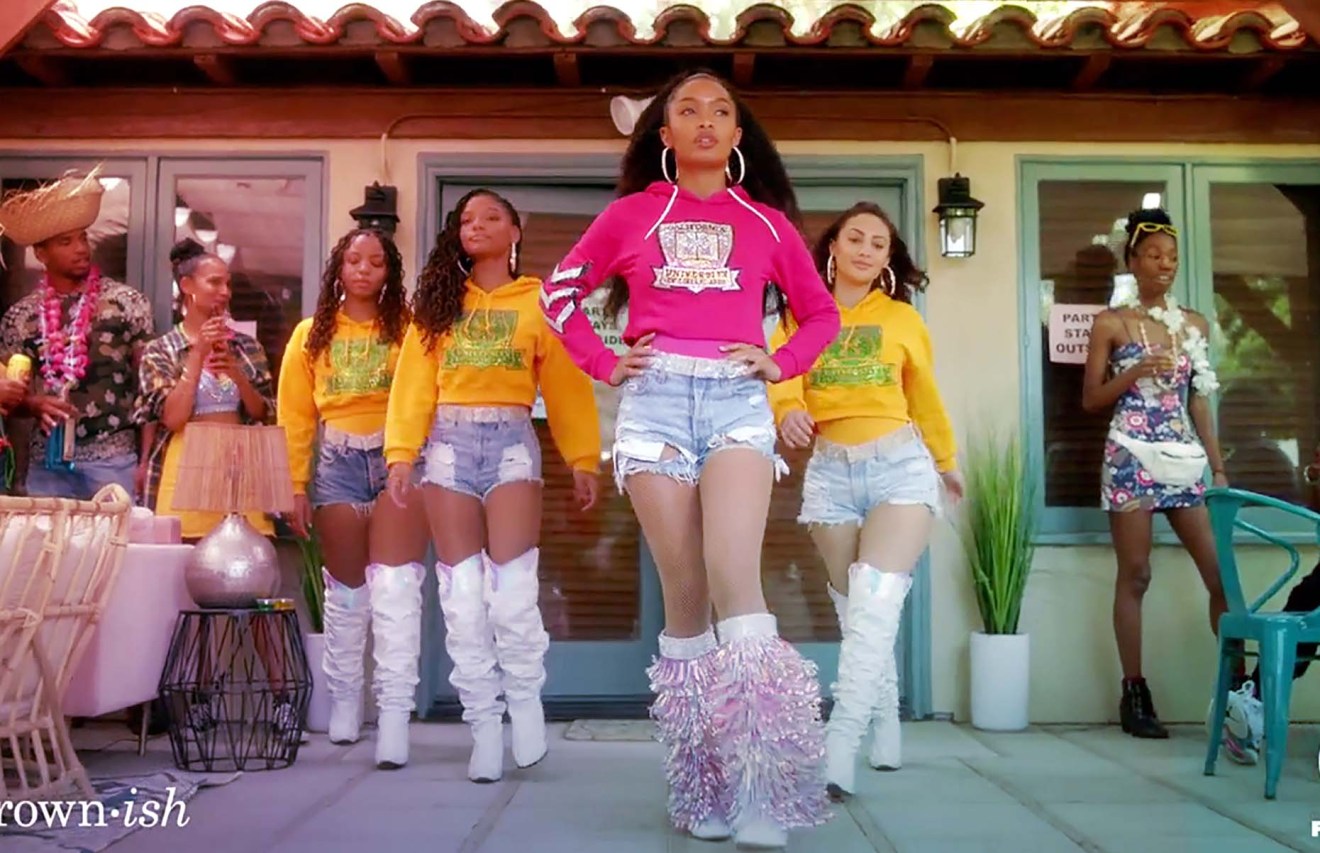 We entered season four with Zoey enrolling at California University of Liberal Arts (Cal U) after the tough times she had at the new job. The situation with indigo and the nasty rumor to stylist job was a lot to handle. We also see her and Aaron get together to make things official. Apart from getting together, they also get arrested in one of the most dramatic and emotionally charged two-part series about the black lives matter movement.

What may happen in Grown-ish Season 4 Episode 10?

In Grown-ish Season 4 Episode 10, fans would see Zoey taking some significant steps in life as she embarks on an occupation that would brighten her future. And after the colossal descend, fans might see that Aaron is no longer a part of Zoey’s life. Luca and Aaron seem not to like each other and have a relationship of jealousy and hatred while Zoey and Aaron have been in a relationship for a truly long time. Other than this, Luca gave Zoey something that would relieve her occupation and this might lead to a bitter relationship experience between Zoey and Aaron.

Luca’s sister Kyla and Doug are in contact but he has no opinion on this. However, there are still many things that Luke is going to learn and absorb. Fans would also see whether the two most loved characters i.e. Zoey and Aaron would get back together and would also see if Luca is going to help Zoey in the entire season or would end up messing things for her.

Before jumping on some insider information and spoilers, let us have a quick recap of what happened in the ninth episode of the fourth season of Grown-ish. The episode starts with Zoey up late at night and she is narrating about the best romances are the ones where you just act rather than overthink.  By act, she really means smash and that is Aaron’s literally favorite word as the viewers heard. Zoey says that a couple’s ability to spontaneously get lost in their emotions is exactly what leads to those hot, passionate, and never forgettable moments as she is saying that it shows a montage of some of their iconic scenes from Zoey kissing Aaron.

She told him that she loved him, them getting the free call on the beach after getting married to Aaron. It also shows some of the intense scenes of Aaron going off on Joey after the failed interview while making them go back and forth about who’s to blame for them getting arrested. However, they both make up after Zoey reaches Aaron’s night classes and expresses her feelings to Aaron. The next we see that Zoey is up early morning while looking for internships. Aaron questions her if she is exhausted after last night.

Zoey is still looking for internships while Aaron says he cannot go with her as he has the midnight classes and suggests that they can link up afterward. The next we see, Aaron, going up to Charlie to fix her internship problem. He explains to Charlie how Zoey did six months in the workforce along with two internships that she didn’t complete.

He asked Charlie if he could weigh the credits for her. Then, Aaron reach the party where Joey was seen laughing and smiling on Luca’s face. As Zoey notices, she rushes over to Aaron and told him that she and Luca are good now as he apologized for everything to her. She mentions to Aaron that Luca offered her a job as an intern for his company.

Here, fans literally saw the heartbreak and frustration on Aaron’s face. We then see heartbroken Luca having a drink. The fans saw Luca coming to Aaron and complimenting them about his jacket in a sarcastic way. This pisses-off Aaron and he ends punching Luca on his face. Zoey tries calling Aaron but he didn’t listen and this was when he made the exit. After Zoey reached Aaron’s home, she learns from a note that Aaron had actually planned something great for her and ends up thinking if her relationship with Aaron could be saved. Fans really hope that it does. There was much more that has left me wondering fans in the summer season finale about what is going to happen in Grown-ish Season 4 Part 2 Episode 10.

Grown-ish Season 4 Part 2 Release Date: What can happen in Episode 10?

The fourth season premiered on July 8, 2021, and now the Grown-ish Season 4 Part 2 i.e. the episode 10 of the show is about to come on screens on 27th January 2022 while bringing much excitement to the viewers. The expected title of the upcoming new episode of the show is “It was good until it wasn’t”.