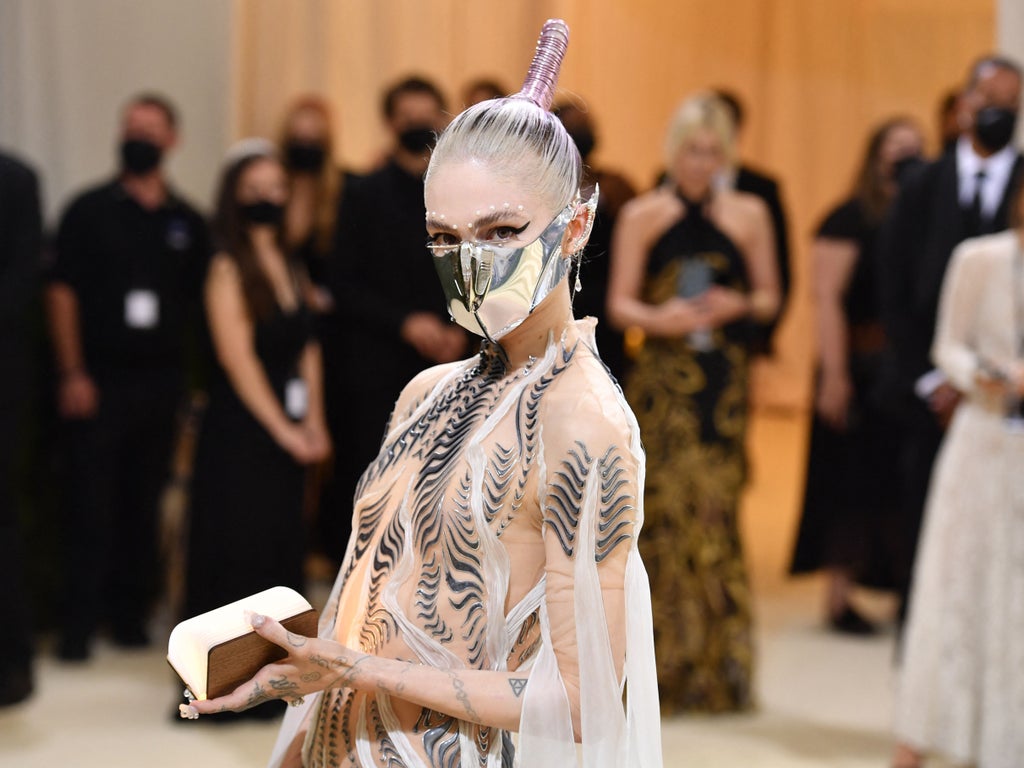 Grimes had a cheeky response when asked how her and Elon Musk are splitting their space following their break-up (and yes, it’s space related).

The singer jokingly remarked about having some grand plans to set up a “lesbian space commune”, making reference to the $178 million contract with NASA to achieve their mission to reach the icy Europa, one of Jupiter’s 79 moons.

“I’ll be colonizing [one of Jupiter’s moons] Europa separately from Elon for the lesbian space commune,” she told Page Six in an email.

When the pair announced their split last week after three years together, Musk told the same publication: “We are semi-separated but still love each other, see each other frequently and are on great terms.

“It’s mostly that my work at SpaceX and Tesla requires me to be primarily in Texas or traveling overseas and her work is primarily in LA. She’s staying with me now and Baby X is in the adjacent room.”

The pair will continue to co-parent their one-year-old son, X Æ A-Xii.

Prior to the split, Grimes was keen to assist with Musk’s mission to colonize Mars – who hopes to achieve this feat in 2026.

“Ready to die with the red dirt of Mars beneath my feet,” she declared in one photo caption she posted to Instagram of her posing at Musk’s Space X launch site in Starbase, Texas.

She was also willing to make the sacrifices after she turned 50 to complete “manual labor until death,” though she added, “but hopefully that can change.”

Before she goes ahead with her “lesbian space commune” mission, Grimes is currently starring as a judge on the Fox singing contest Alter Ego.

Along with fellow musicians Nick Lachey, will.i.am, and Alanis Morissette she appears. Contestants audition backstage, while motion caption technology transforms them into their digital avatar.