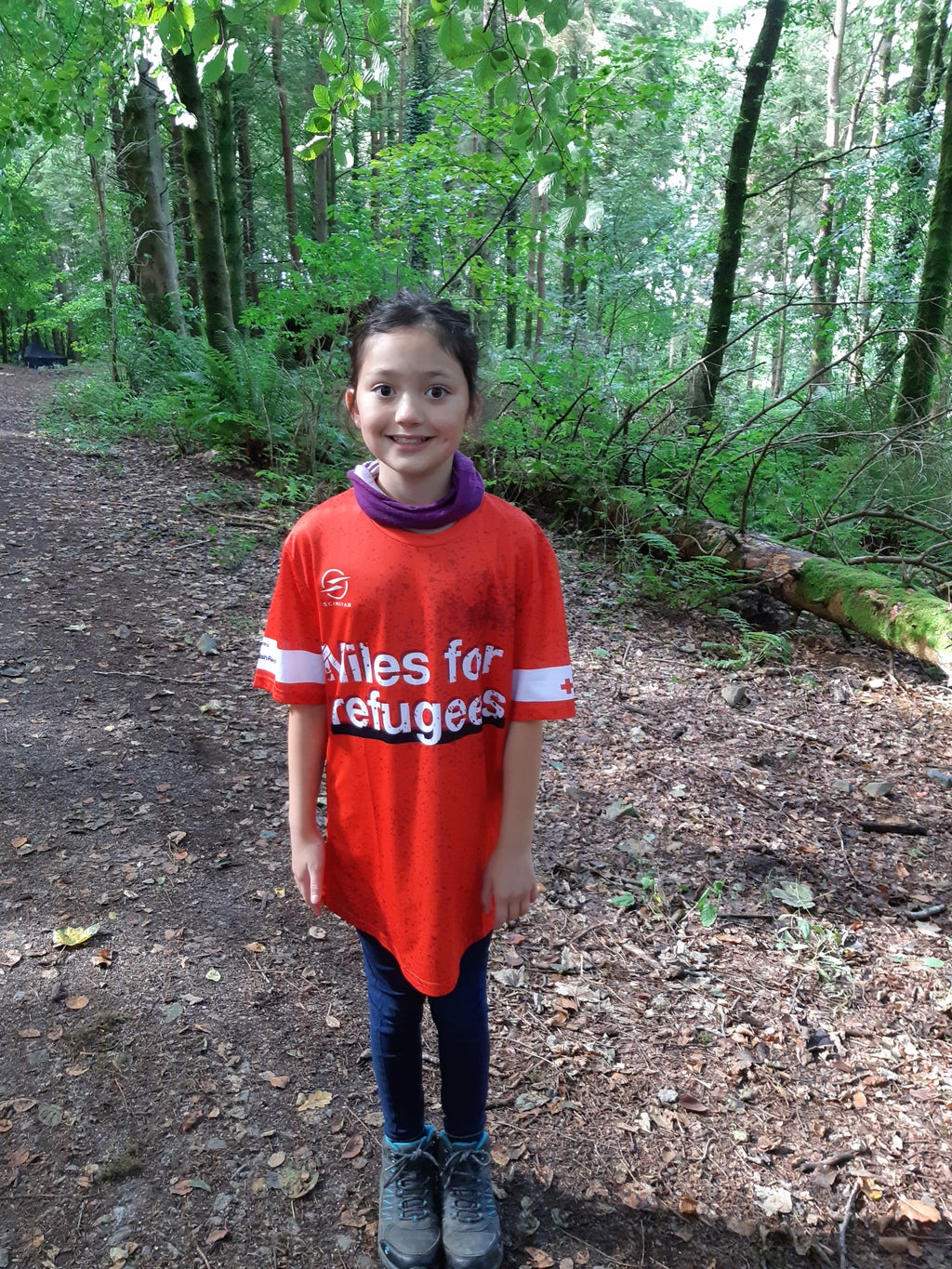 Lucy Johnstone, from Dalbeattie, near Dumfries is taking part in the British Red Cross Miles for Refugees fundraising campaign.

Money raised will be used to help refugees through the asylum process and keep them from becoming poor.

She explained that she was inspired by the graphic novel “When Stars Are Scattered” by Omar Mohamed, a former refugee.

She said: “(Omar was) just a kid like me when he and his younger brother Hassan went to live in a refugee camp in Kenya I then learnt more about refugees all over the world and I really want to help them.”

As well as her fundraising efforts, Lucy has prepared bags of her own clothes for three children arriving from Afghanistan saying she is worried they will be surprised by Scotland’s chilly weather.

“It’s got a dressing gown in there in case they get cold,” She stated.

Opinium conducted recent polling for the British Red Cross. It found that almost half (38%) of Scots are more open to refugees due to the Afghan crisis.

Research also showed that half of Scots would welcome refugees to their home, while 36% would like to help.

Marie Hayes (director for Scotland at the British Red Cross) said: “The British Red Cross is calling for a kinder, more compassionate asylum system to support people who have been forced to leave their home behind and take dangerous journeys. We believe every refugee matters.

“Clearly, the impact of Afghanistan has had a big impact on Scots. I’m delighted to be seeing so many eager to help refugees personally. By taking part in Miles for Refugees, you can show the very best of humankind.”