Gabby Petito, Brian Laundrie: Who is this couple and what can we learn about their disappearance? 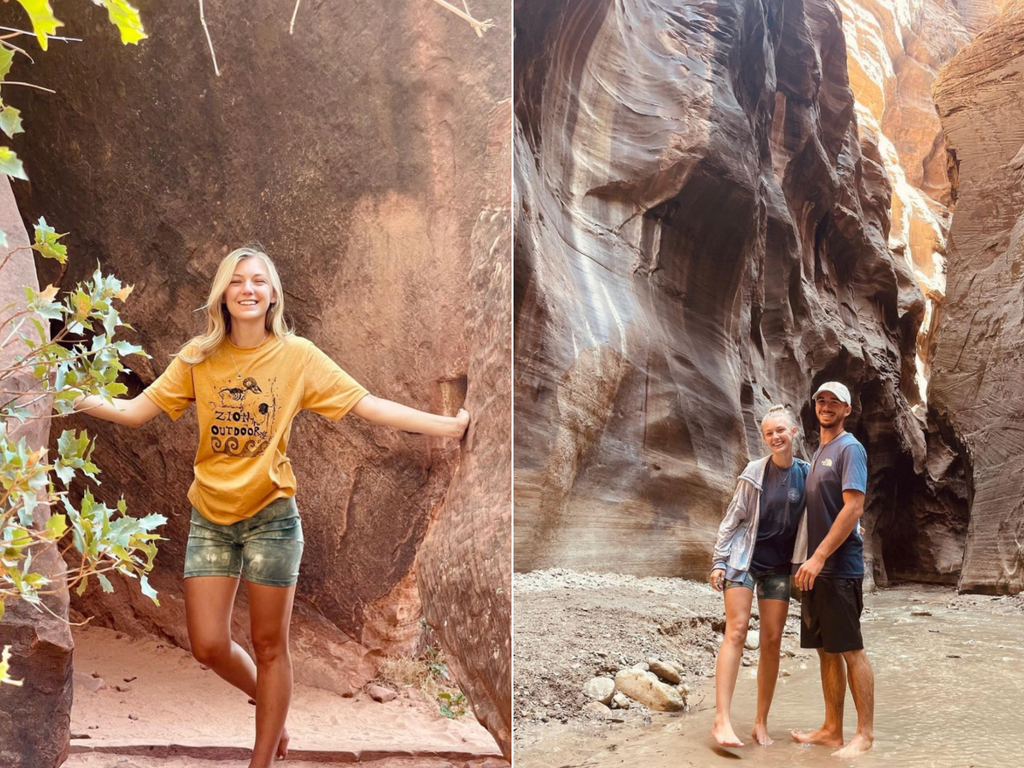 What do we know so far about this case?

Gabby Petito is who?

She reportedly moved to North Port, Florida two years ago with her boyfriend, Brian Laundrie.

According to Instagram, they had been in a relationship since March 2019. They got engaged in July 2020.

Laundrie and she set out on a cross country road trip in a Ford van in July.

Petito had been following their journey on Facebook, but now all communication has stopped.

We know very little about her disappearance.

According to her mother, Nicole Schmidt, Petito and Laundrie left for their trip from Petito’s hometown of Blue Point.

Schmidt told KSL: “She wanted to cross the country in the camper van and live the van life and live free. This was her dream.”

The trip was expected to end in Oregon in October, but nobody has heard from Petito since the end of August.

According to their Instagram posts, the couple had visited Kansas in July and traveled from there to Colorado.

In mid-July, they were seen camping at Zion National Park in Utah.

Petito’s next post from 21 July showed they were in Bryce Canyon National Park in Utah before moving on to Monroe, Utah.

They posted images from Canyonlands National Park on 31 July. Her next post wouldn’t be until 12 days later.

According to police reports, the couple got into a physical altercation on 12 August – around a week before Petitio was last seen.

Officers from Utah’s Moab Police Department were contacted by a man identifying himself as Christopher, who expressed concern about a possible domestic disturbance.

According to police reports, Petito and Laundrie were stopped by police near Arches National Park.

Petito was said to be “crying uncontrollably” and told officers she had been struggling with her mental health.

Police concluded that they had had an argument. Laundrie asked Petito to take a stroll to calm down and Petito refused.

According to the police report: “[Petito] didn’t want to be separated from the male, and began slapping him.

“He grabbed her face and pushed her back as she pressed upon him and the van, he tried to lock her out and succeeded except the driver’s door.

“She opened that and forced her way over him and into the vehicle before it drove off.”

Police officer Daniel Scott Robbins determined: “After evaluating the totality of the circumstances, I do not believe the situation escalated to the level of domestic assault as much of that as a mental health crisis.”

Petito has posted just 4 times on Instagram since August 12. Her last post was 26 August. She was last heard of by her family 30 August.

That’s when she texted her mother to say she was heading to Yellowstone National Park and was losing phone signal.

Petito was reported missing by his mother on 11 September.

The Ford van that the couple were travelling in has been recovered in Florida and Laundrie is alive and well at his parents’ home in Florida.

Laundrie refused to talk to authorities about his girlfriend’s disappearance and hired an attorney.

“It is our understanding that a search has been organized for Miss Petito in or near Grand Teton National Park in Wyoming.

“On the advice of counsel, the Laundrie family is remaining in the background at this juncture and will have no further comment.”

Petito’s family said in a statement through their attorney: “Brian is refusing to tell Gabby’s family where he last saw her.

“Brian is also refusing to explain why he left Gabby all alone and drove her van to Florida. These are critical questions that require immediate answers.”

On 15 September, police named Laundrie as a person of interest in Petitio’s disappearance and confirmed he is still refusing to cooperate with authorities.

North Port police in Florida confirmed that Laundrie had returned to his parent’s house alone on 1 September – ten days before Petito was reported missing.

Petito’s family lawyer called Laundrie “reprehensible” for not helping with the investigation into his girlfriend’s disappearance.

The lawyer said: “Brian, your silence is reprehensible! We beg you to do the right thing and help us bring Gabby home.

“Brian, whatever happened in Wyoming, happened. The only thing you can control is what you do now. Tell us where Gabby is. You tarnish your love for her with your silence.”

Laundrie’s lawyer reiterated that his client would not be speaking to the police.

They said: “In my experience, intimate partners are often the first person law enforcement focuses their attention on in cases like this and the warning that ‘any statement made will be used against you’ is true, regardless of whether my client had anything to do with Ms. Petito’s disappearance.

“As such, on the advice of counsel Mr. Laundrie is not speaking on this matter.”

Update – 18 September 2021: North Port Police have said in a statement that they are also now searching for Mr Laundrie, who has not been seen by his family since Tuesday, after their attorney contacted FBI investigators on Friday.

It was the first time the family had spoken with investigators in detail, the police department said, and reiterated that Mr Laundrie is a “person of interest” in relation to Ms Petito’s disappearance and is not wanted for any criminal offence.

“We understand the community’s frustration – we are frustrated too. For six days, the North Port Police Department and the FBI have been pleading with the family to contact investigators regarding Brian’s fiancée Gabby Petito.

“We are not currently working on a crime investigation. We are now working [on] multiple missing person investigations,” they said.

Meanwhile, a TikTok user named Miranda Baker released a video on Friday claiming that she and her boyfriend had given Mr Laundrie a ride to Jackson from Grand Teton National Park, at Colter Bay, on 29 August.

Ms Baker, 22, a Wisconsin native, claimed that they were also going on the same night to Jackson and picked him off at 5:30pm local. Laundrie offered $200 to cover the cost of the trip.

“So that was kind of weird. He then told us he’s been camping for multiple days without his fiancée – he did say he had a fiancée – and that she was working on their social media page back at their van.

“Then … in conversation, I brought up ‘we’re going to Jackson’, he freaked out. He was like, ‘nope, I need to get out right now, pull over’,” She stated that they were offered $200 by Laundrie for the trip.

Ms Baker continued by stating that they dropped him off at the Jackson Dam near Colter Bay at 6:09pm. She claimed that he said he would “find someone else to go hitchhike”.

A spokesperson for North Port Police Department confirmed to The Independent that they have spoken to Ms Baker about the reported interaction.