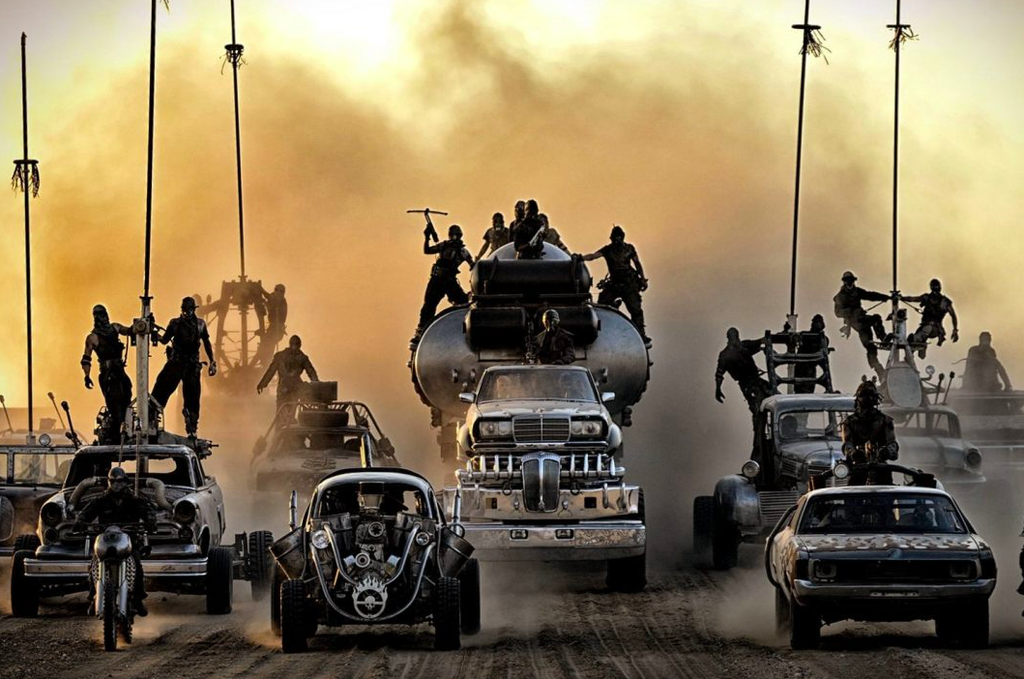 In 2018, Tory MP David Davis attempted to ease fears about leaving the European Union by saying that the UK would not be plunged into a “Mad Max-style world borrowed from dystopian fiction.”

At the time, Davis, who was the then Brexit secretary, was speaking to business leaders in Austria and was attempting to quell concerns that leaving the EU could cause working standards in the UK to plummet.

His exact quote was: “They fear that Brexit could lead to an Anglo-Saxon race to the bottom. With Britain plunged into a Mad Max-style world borrowed from dystopian fiction. These fears about a race to the bottom are based on nothing, not history, not intention, nor interest.”

Davis’ comments have resurfaced in recent days as some of Britain’s petrol stations run dry, thanks to an apparent lack of HGV drivers and panicked customers flocking to station forecourts to stock up on fuel. Although Davis wasn’t commenting on these issues when he made his speech, his reference to the Mad Max movies is actually very fitting for what’s currently happening at the petrol pumps.

In the popular dystopian action franchise, which is set in a post-apocalyptic Australia, former police officer ‘Mad’ Max Rockatansky and other roving marauders, clad in questionable leather bondage gear, race around the desert wasteland attempting to scavenge much-needed goods and supplies, with fuel being considered the most precious of all commodities.

The societal collapse in the films was actually inspired by the 1973 oil crisis when the Organization of Arab Petroleum Exporting Countries imposed an embargo on countries that it had perceived to have assisted Israel during the Yom Kippur War. Those impacted by the embargo were the UK, United States, Japan, Canada, Netherlands, Portugal and South Africa.

James McCausland, an Australian journalist who co-wrote the screenplay for the first Mad Max film, released in 1979, with director George Miller, told The Courier-Mail in 2006: “A couple of oil strikes that hit many pumps revealed the ferocity with which Australians would defend their right to fill a tank. Long queues formed at the stations with petrol—and anyone who tried to sneak ahead in the queue met raw violence. … George and I wrote the [Mad Max] script based on the thesis that people would do almost anything to keep vehicles moving and the assumption that nations would not consider the huge costs of providing infrastructure for alternative energy until it was too late.”

The Mad Max films are fantastical but they are clearly inspired by real-world events and could be seen as a warning of how quickly things can spiral out of control if people are deprived of the necessities they require.

When he made his comments in 2018, Davis wasn’t talking specifically about how haulage drivers or fuel supply could be affected by Brexit – and the government has been quick to dismiss claims that Britain’s exit from the bloc has any connection to what is currently happening. Even so, Davis’ movie reference has since come back to haunt him as scenes of panic-buying around the country this past weekend have truly resembled something from a Mad Max movie.

Several videos have appeared on social media of literal fights breaking out at petrol stations as tensions boiled over between frustrated motorists, seemingly angry that they couldn’t simply top their cars up as normal.

‘Mad Max’ has since started trending on social media with many people making comparisons to the current state of the UK and the chaotic scenes depicted in the four Mad Max films to date.

Thankfully, the scenes that we’ve seen around the UK the past few days aren’t anywhere near the chaos and violence that can be seen in the Mad Max movies.

But if there isn’t a solution soon, could we soon be seeing ‘Road Warriors’ careering down the ‘Fury Road’?

One thing’s for sure – we’re certainly not ‘Beyond the Thunderdome’ yet. Let’s just hope, if it comes to it, we don’t have to resort to those leather outfits…