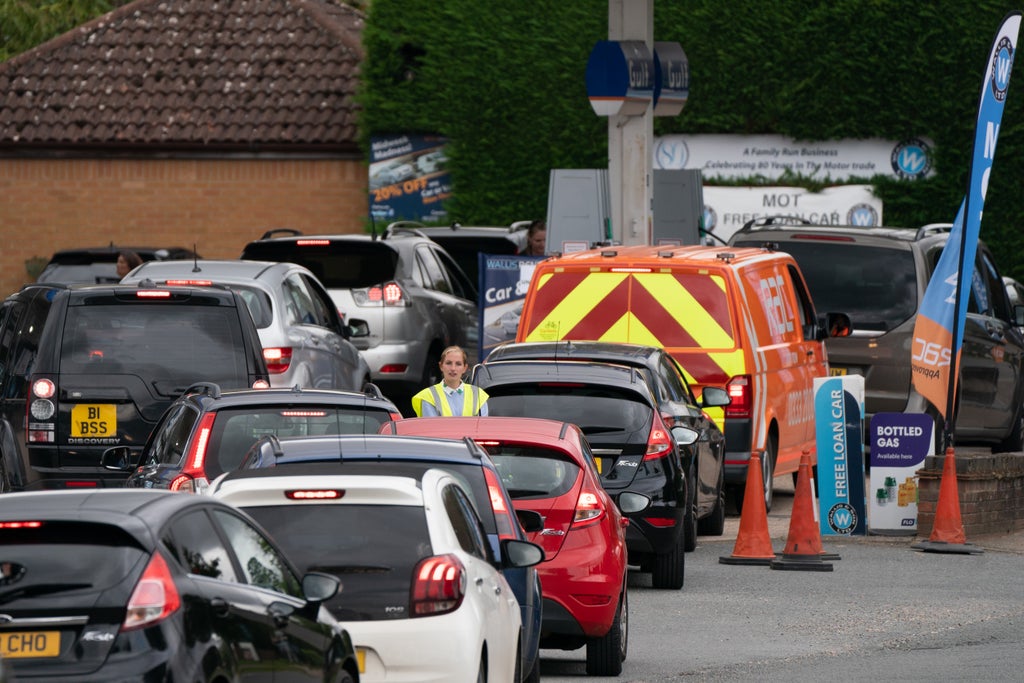 A firefighter has issued a warning to people who are stockpiling petrol by sharing a harrowing photograph showing what can happen when you have a large amount of fuel in a car.

Retired London Fire Brigade Borough Commander Steve Dudeney posted a photo on Twitter showing a car that was completely burned and damaged. He said the incident occurred 12 years ago.

It comes as people have been panic buying petrol as part of the supply chains crisis in which a shortage of some 100,000 HGV lorry drivers is slowing the movement of key goods. The government has warned people to avoid doing so because it could worsen the problem. It has stated that it will issue temporary visas for EU drivers in order to resolve the issue, but industry groups believe this may not be enough.

While panic buying has been the focus of conversation, Dudeney warned that having too much fuel in a vehicle bearing his image is dangerous.

Speaking to HuffPost UK, Dudeney said that the petrol container “must have been damaged or improperly sealed”, as may happen with cans not designed for carrying the fuel.

He added: “The vapour filled the car until it met a spark or other ignition source, most likely from the car’s electrics.”

Dudeney added that he did not know whether the man in the vehicle survived the incident:

If you needed another reason to not stockpile petrol, this is it.