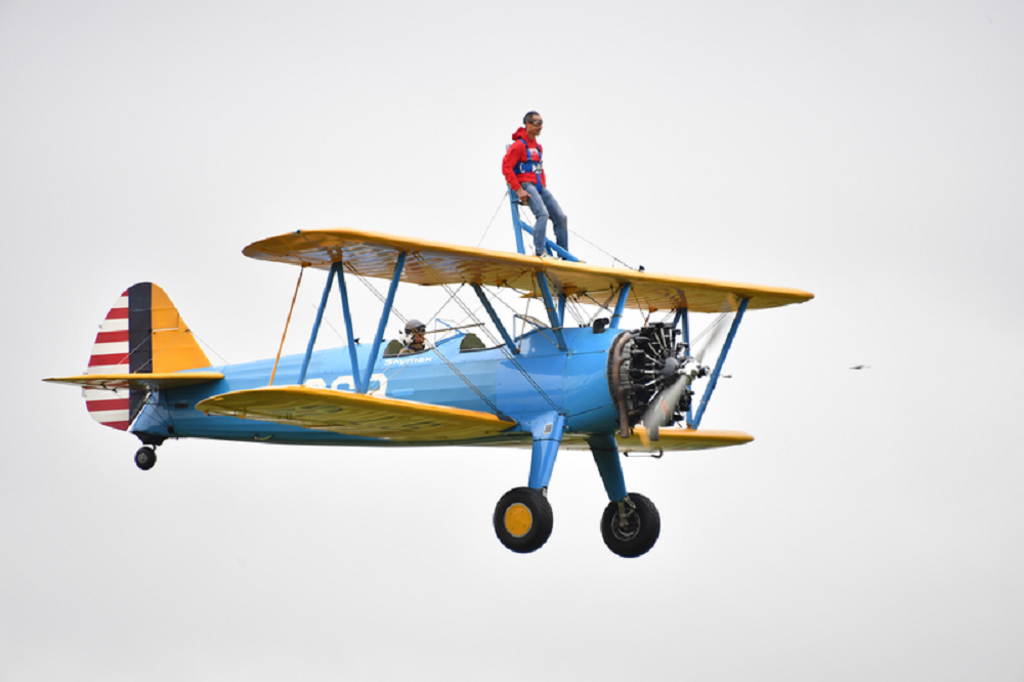 A father of two who has blood cancer said he had not “felt this alive for years” after completing a charity wing walk.

Peter McCleave was diagnosed with myeloma, a type of blood cancer, in 2017 and was told that he has seven years to find a match for a lifesaving stem cell donation.

However after a four-year global search, the 43-year-old from Cheshire is yet to find one.

He completed a wing walk with Sally Hurman, 50, and Lisa Jackson 51, at Damyns Hall Aerodrome in Essex on September 25 to support DKMS, an international blood cancer charity.

The wing walk was the first time the three, who all have a personal connection to blood cancer, have met in person and it was hoped that the challenge would raise awareness for the cause and help Mr McCleave in his search for a donor.

Mr McCleave told the PA news agency: “I haven’t felt this alive for years. It’s been an absolutely exhilarating and fantastic thing to do.

“I was diagnosed with a blood cancer called myeloma four years ago, which was a catalyst for me to work alongside the guys at DKMS to help raise awareness and make people more aware of the simplicity in becoming stem cell donors.

“A cheek swab can potentially save a life, maybe even mine one day.”

“But what I would like to say is that I knew that I would have a safe landing and people with blood cancer and blood complications who desperately need a stem cell donor to survive, they never have that guarantee.”

Ms Hurman’s husband was diagnosed with an incurable type of lymphoma six years ago.

She said: “The type of lymphoma is incurable and at this stage, not terminal.

“He has just been seen by his oncologist and downgraded, if you like, to once-a-year appointments, which is absolutely amazing.

Without that stem cell transplant, I would not be here today

Ms Jackson, a former leukaemia patient from Barnes west London said: “I was fortunate that my sister was a 100% match and so she gave me a stem cell transplant.

“Without that stem cell transplant, I would not be here today.”

She said she was “so scared” before the wing walk but by doing it “it’s showing to everybody that if I can do this, then people can put some swabs in their cheek and save a life”.

Both Ms Jackson and Ms Hurman spoke about how they hoped the wing walk would encourage more blood stem cell donor registrations, since only 2% of the UK population are registered as donors.