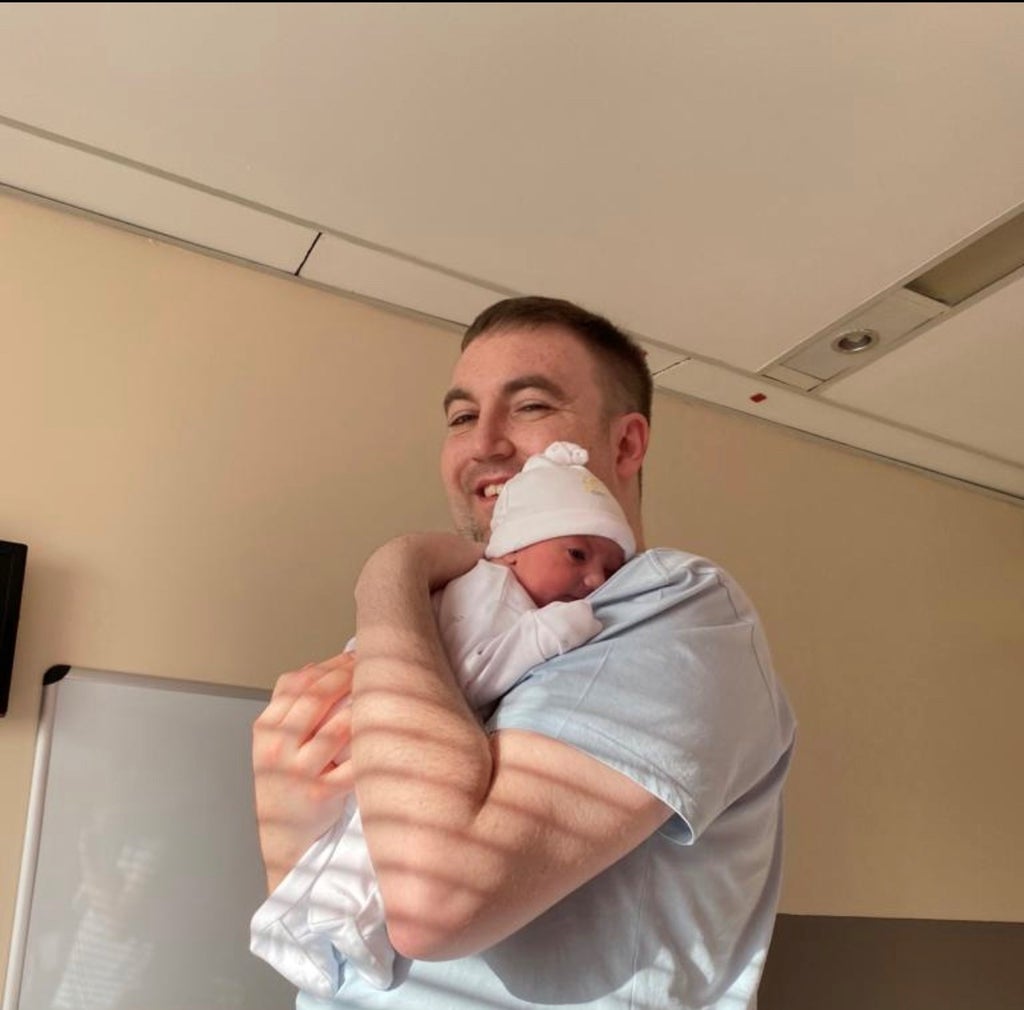 A young father diagnosed with a serious heart condition was able to witness the birth of his first child thanks to a transplant.

Ross Peters, from Dundee was 21 when he was diagnosed with cardiomyopathy – a disease of the heart muscle which affects its ability to pump blood around the body.

Five years later, during lockdown his health deteriorated. He was readmitted to hospital and told he couldn’t leave.

He was worried that he would miss their first child because his wife Shauni was expecting.

After eight weeks in hospital he was granted a transplant, and was by his wife’s side four months later when son Louis was born.

Speaking about his life-saving transplant, Mr Peters said: “It sounds funny but I felt this warm feeling go through my body, as if a weight was being lifted.

“All I could think about was being out for Louis’s birth, which I didn’t think would happen.

“After the transplant I took each day at a time, step by step, working up to being able to carry the baby out of the hospital – which I did.

“I take 15 tablets every day but I roll out of bed – I can do anything I set my mind to, nothing stops me.

“Now, I can raise my son and none of that would have been possible without a heart transplant.”

Ahead of Organ Donation Week, which runs from September 20-26, he added: “I’m so grateful to my donor, and thankful to everyone at the Golden Jubilee who supported my family and I during this time.”

Dr Jane Cannon, NHS Golden Jubilee consultant transplant cardiologist, said: “Sometimes people are so unwell when they come here that they can end up on the urgent heart transplant waiting list.

“This means that they don’t leave hospital until they receive a new heart.

“In some cases, patients can get to a stage that they rely on machines to keep them alive until a suitable organ is found.

“Often the realisation of how unwell they were only registers when they are in better physical health – that realisation can be very dramatic and affects people in different ways.

“When patients go home post-transplant, everyday activities, such as getting up and opening the curtains or going for a walk, can really bring home the fact that they have been given the gift of life from people who have donated their organs.

“So it is important that you make your wishes known to your loved ones so that they can honour your wishes should the time come.”

The hospital’s team has performed 36 heart transplants since the onset of the pandemic for patients from across the country.

In March, the Human Tissue (Authorisation) (Scotland) Act 2019 – passed by the Scottish Parliament in July 2019 – came into effect.

The legislation provides for a “deemed authorisation” or opt-out system of organ and tissue donation for transplantation.

If you have not chosen to opt out, certain organs or tissue can be donated for transplantation.

This doesn’t apply if you are an exclusion group or if it has been proven that this would be contrary to your views.