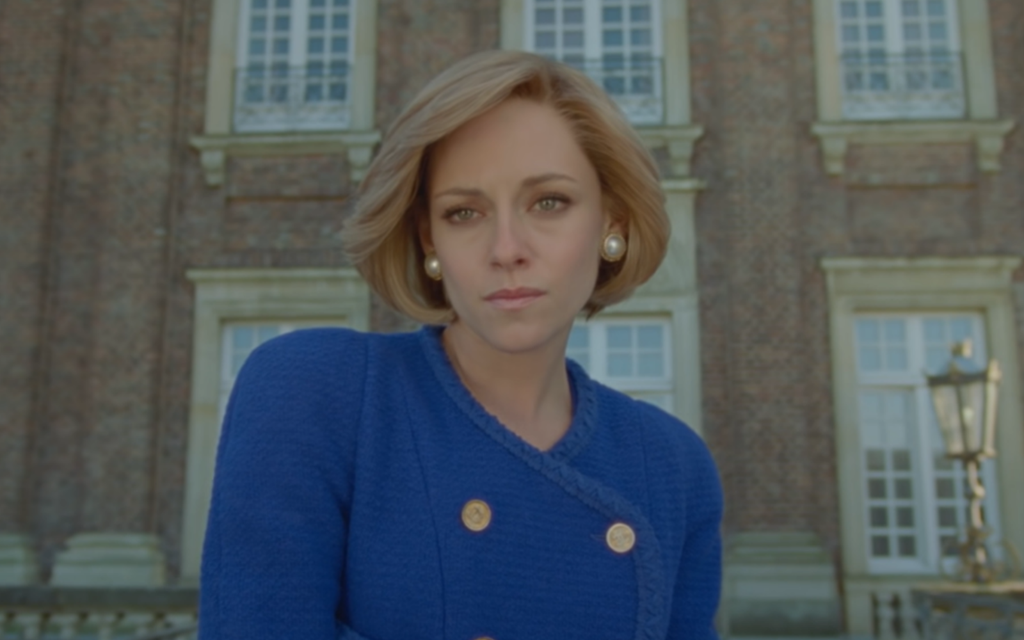 The first full-length trailer of Spencer has dropped and fans are already predicting Kristen Stewart will win an Oscar for her performance.

Directed by Pablo Larraín, the film is set during Christmas 1991 when Princess Diana’s marriage with Prince Charles was coming to an end.

Since the trailer was unveiled on Thursday, fans have been praising Stewart for her impeccable portrayal of the People’s Princess.

It’s known that the former Princess of Wales struggled with the pressures of being under the media spotlight while grappling with her failing marriage, and this is put across clearly in one of the tense scenes shown in the trailer.

Speaking to each other from across a pool table, Prince Charles (Jack Farthing) tells her: “You have to be able to do things you hate. There has to be two of you; the real one, and the one they take pictures of.” As his words are said, the trailer shows clips of Diana crying juxtaposed with clips of her smiling at press photographers.

Commenting on her role, Stewart told the LA Times: “[Princess Diana] felt so alive to me when I was making this movie, even if it’s all between the ears and it was just a fantasy of mine.”

Stewart said she would sometimes forget Princess Diana was dead and become emotional when she remembered what happened to her and who she left behind.

She added: “Maybe two or three times a week, I would just fully break down about the fact that she had died. I just could not come to terms with it, because I was fighting to keep her alive every single day.”

Ahead of the film’s release in November, fans are already hoping to see the Twilight actress scoop an Oscar for her role in the fictional biopic:

The Oscars buzz has also been shared by critics, with Variety’s film awards editor Clayton Davis predicting that Stewart is first in line to win the Best Actress award at next year’s Academy Awards.

We won’t have long to wait until we can watch the full performance for ourselves. After its premiere at the BFI London Film Festival, 7 October, the film will be available in UK cinemas on 5 November. The film’s world premiere was held earlier this month at Venice Film Festival.

Given the buzz around this film, we’re sure cinemas across the nation will be packed come November 5.

Fans of the late Princess won’t have to wait long for another portrayal of the royal, with the new season of The Crown due to be released in 2022.