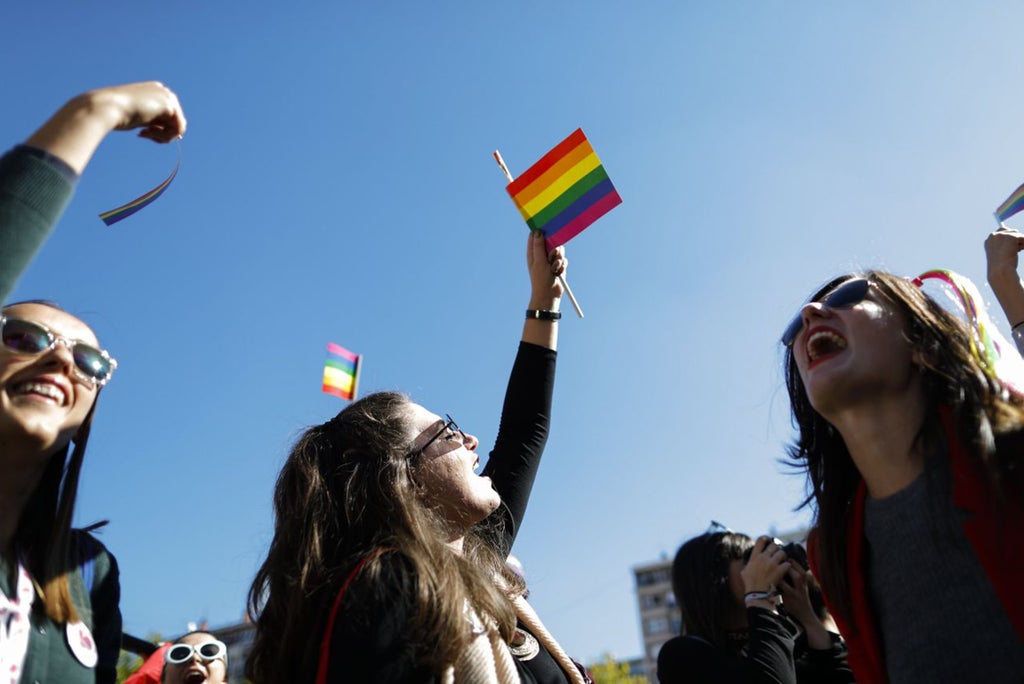 Although the ‘B’ in LGBT+ stands for bi, many bi people can feel left out of the community’s conservations.

Bi visibility day, which is held in September every year, has been held for over 20 years to promote awareness and highlight the difficulties faced by bisexuals.

LGBT+ charity Stonewall defines bi as umbrella term under which people might use a variety of terms to describe themselves, such as bisexual, pan, and queer

Bi people are up against unhelpful misconceptions and stereotypes that are sadly all too common, including notions that bisexuals are indecisive, or promiscuous, or simply “going through a phase.”

But none of these things are true. Bi visibility day aims to educate people about the fact that bi is an identity.

Why is bi visibility day important?

There are a few reasons why marking today is important, but most of all it’s a celebration that encourages awareness and education.

“Bi visibility day is an opportunity to celebrate bi people, who are an important but often overlooked part of our LGBTQ+ family,” Sasha Misra, Associate Director of Communications and External Affairs at Stonewall told indy100.

“Bi people all too often experience harmful, untrue stereotyping about their identity — for example that they are more likely to be unfaithful or promiscuous. Indeed, often they find that bi identities are erased completely.

“Today is a chance to shine a light on the challenges that bi people face, find out some more about bi history and hear from some of the fantastic bi activists about their work to further all our rights. We encourage everyone to take some time to learn more about bi identities and find out more about how you can be an ally.”

Despite the fact that there have been many advances in LGBT+ equality over recent decades, and more education is now available, biphobia still remains a major problem. In fact, 31% of bi people surveyed in Stonewall’s Bi Report said they’ve been insulted, pestered, intimidated or harassed because of their orientation. Of these, 75% didn’t report it to the police over fears they wouldn’t be taken seriously.

Bi people might be hesitant about coming out because of the stigmas and stereotypes they face, as well as the lack of acceptance. Stonewall’s report found that just 1 in 5 bi people are out to their families, compared to the 63% of gay and lesbian people who reported being out.

In a blog post, Stonewall’s Digital Officer and co-chair of its Bi Staff Network George Alabaster said that bi visibility day is “an opportunity to celebrate diverse bi identities, raise the voices of bi people, and call for positive change.”

“Our experiences are commonly assumed to be the same as lesbian and gay experiences, and our identities are frequently made invisible or dismissed as something that doesn’t exist, by people both inside and outside of this community,” he wrote.

“We face a number of negative stereotypes, the primary ones being that we’re greedy, manipulative, incapable of monogamy and unable to make our minds up – the last of which is the same as saying who we are isn’t real.”

Both within and beyond the LGBT+ community, bi erasure remains a major problem. People are still being denied their right to identify as bi, and may receive comments that seek to delegitimise their identity, such as accusations of greed, or being told their identity is “just a phase”.

Assumptions might also be made about the person’s sexuality based on the gender of the person they’re currently dating. When someone is asked about their relationship history after coming out, some might feel that they need to explain themselves and say that although their history may have only been with one specific gender, they’re still bi.

Bi people can feel isolated from the wider LGBT+ community and may be unable to participate in discussions and issues related to LGBT+.

Reporter Johnsen Del Rosario wrote that when he came out as bi, he was met with comments such as: “I thought I was bi once, but it was just a pit stop to being gay. It’s just a phase.”

Due to biphobia and bi erasure, bi people suffer higher rates of depression and anxiety, domestic violence, sexual assault and poverty in comparison to straight cisgender people, lesbians, or gay men, according to the Human Rights Campaign (HRC).

Sexual harassment and biphobia impact bisexual people from a young age too, with the HRC’s study on bisexual, pansexual, queer and sexually fluid (bi+) LGBTQ youth finding elevated levels of stress amongst 13 to 17 year olds, as well as a lack of comfort in being open about their identity.

She highlighted that although bi representation within media is coming along, there is a lack of intersectionality that needs to be tackled as a lot of bi characters in media are young, cis and white.

She added: “We must challenge our own assumptions when we see people – there is no one way to ‘look bi’. The wider LGBT community must be sure to listen to and include Bi voices, and to create and respect their own spaces.”

Today is the culmination of Bisexual+ Awareness Week and to celebrate, we compiled a list of 20 celebrities who are open about their bisexuality. In our opinion, actress Anna Paquin hit the nail on the head when she said: “Marriage is about love, not gender.”

The key takeaway from this week is that being bi is a valid identity, and you owe no one an explanation for simply being who you are.

To learn more, resources are available on Stonewall and the LGBT Foundation’s websites.