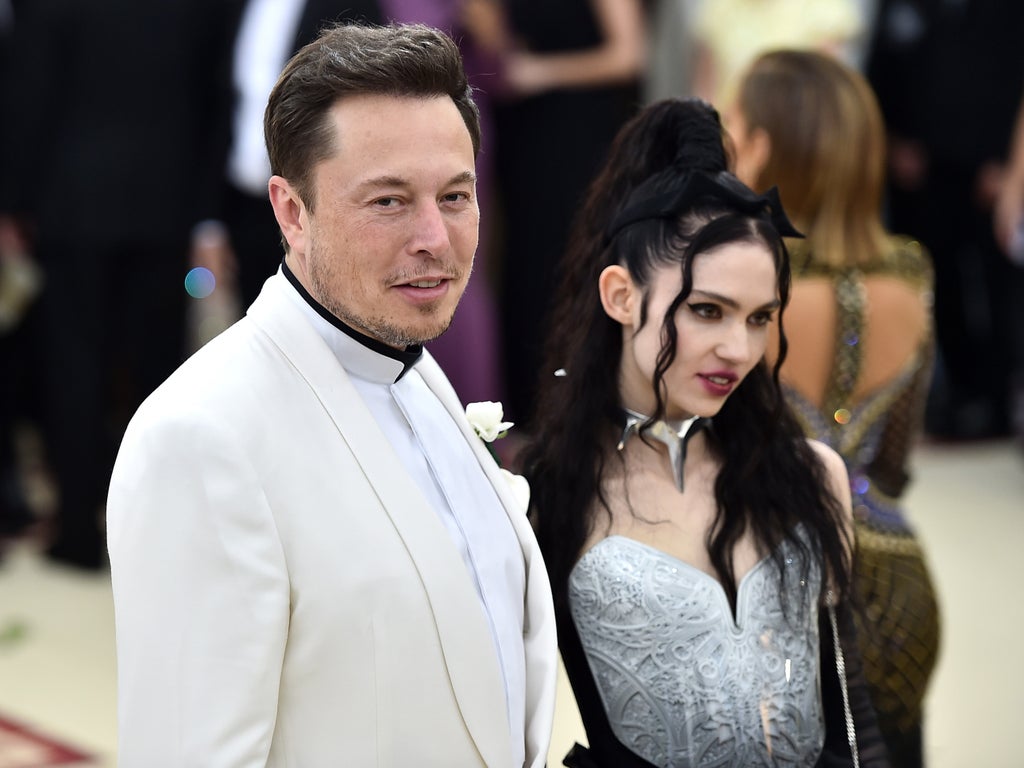 Elon Musk has confirmed that he and Grimes have broken up — sort of?

“We are semi-separated but still love each other, see each other frequently and are on great terms,” Musk said in a statement to Page Six.

“It’s mostly that my work at SpaceX and Tesla requires me to be primarily in Texas or traveling overseas and her work is primarily in LA,” he continued. “She’s staying with me now and Baby X is in the adjacent room.”

The pair were last seen together at the Met Gala, where Grimes walked the red-carpet alone. Musk joined her inside for the event, hosting a star-studded after-party at exclusive club Zero Bond later in the evening. They were spotted leaving New York together the next day.

It remains unclear how broken up they really are, or if this is just a unique new arrangement for the pair seeing as their work keeps them apart. It’s not as if they were the most conventional parents to begin with. For example, X Æ A-Xii (pronounced “X Ash A Twelve”) doesn’t call Grimes “mom,”  but by her first name.

“Being a mother feels weird to say. For some reason, I don’t identify with that word,” the singer told Vogue whilst preparing for the Met Gala, adding that her son has seemed to pick up on her lack of connection with the term. “Which is also really weird, because X, he says Claire, but he doesn’t say Mama.”

“Maybe he can sense my distaste for the word ‘mother,’” she continued, clarifying that while she doesn’t know why, she has “a distaste for” the maternal term, she “respects” it.”

Whatever this new evolution of Grimes and Musk’s co-partnership may be, we’re wishing them — and X X Æ A-Xii — all the best going forward.