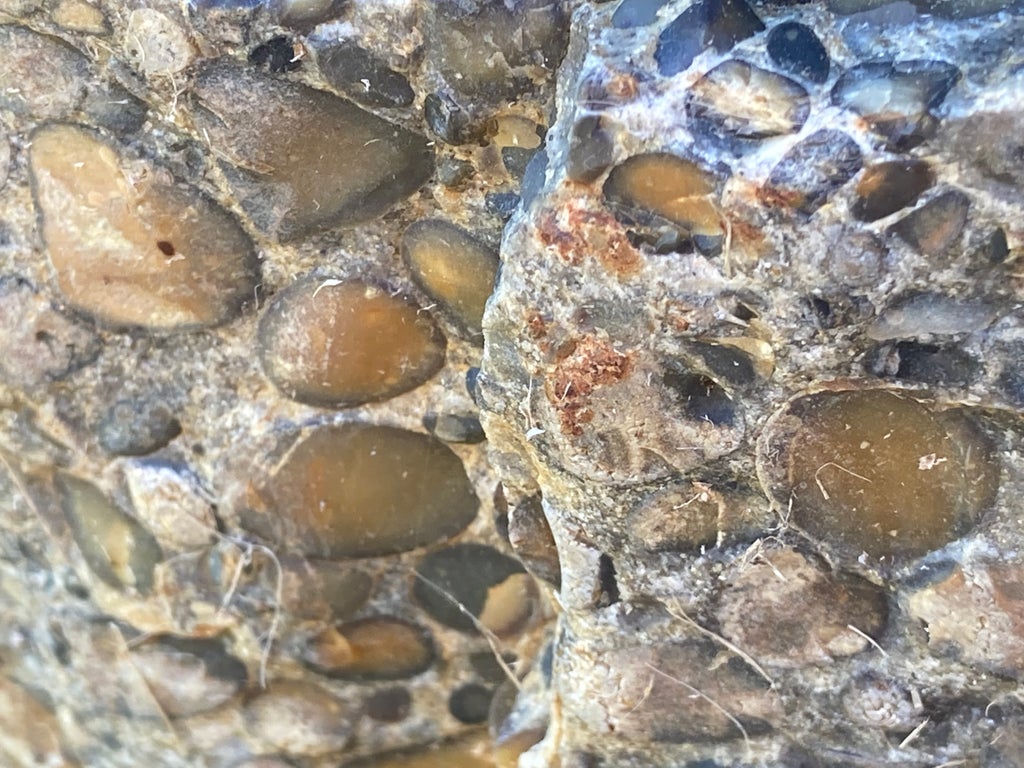 A large piece of a distinctive rock form named for its resemblance to Christmas pudding has been found during the construction of a bypass.

Workers constructing embankments for the A120 Little Hadham bypass project discovered the 3.5-tonne slab made of Hertfordshire puddingstone.

Cllr Phil Bibby, cabinet member for highways and transport, said: “This fascinating discovery made by our A120 project team reveals the unique geological make-up of our county and is a large piece of history, dating back to prehistoric times.

“We are pleased that the work on the A120 bypass has uncovered such an interesting artefact which can now be enjoyed by the local community and will serve as a lasting reminder of the fantastic and painstaking work being carried out on the new scheme.”

The distinctive stone, consisting of gravel embedded in hard sedimentary rock, is said to look like a Christmas or fruit pudding.

It is found largely in the counties of Hertfordshire and Buckinghamshire with some deposits also found in the London basin.

A sign in Little Hadham village will display the new find.

Little Hadham Parish Council chair Cllr Neil Faraday stated: “The puddingstone will stand as a monument to both the commitment and investment of the bypass team but also the natural and rural setting of Little Hadham and its surroundings.

“We hope the puddingstone will become a centre point of our community for generations.”