Disenchanment is an American animated fantasy satirical comedy series created and developed by Matt Groening for Netflix. The series follows the medieval tale of a drunken rebellious princess of Dreamland Tiabeanie, also known as Bean. Bean goes on an adventurous quest along with her naive and mystical friends Elfo obviously named for elf and demonic Luci.

When is the new season releasing? Who are the casts and characters? How many episodes will be there in the upcoming season? Are you interested to know more? Well, keep reading! 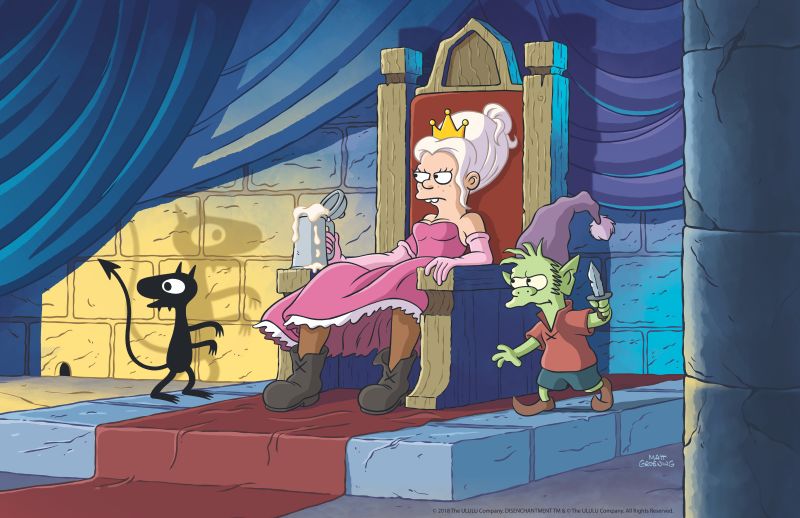 The series has 3 seasons, 10 episodes each season released on Netflix. The upcoming fourth season of the series will also have 10 episodes, running 22 – 36 mins per episode.

The new season of the series – Disenchanment 4 will be released on 9th February 2022 on Netflix. As for now, Netflix hasn’t released the Trailer for the upcoming season yet, however, if you haven’t watched any of the seasons of this series yet, then watch the trailer below: