Dexter: New Blood Episode 6 has become more interesting now as Angela Bishop is now questioning Dexter about his real identity. In the last episode whichis titled Runaway where dexter has confronted his own son about the stabbing incident at school.

And in the latest trailer of Dexter: New Blood Episode 6 Dexter has got the new assignment of killing the man who is making pills of opioid (a type of narcotic pain medication).

The trailer starts with Angela asking question Dexter about his true identity, and he can be seen taking therapy sessions and keeping eyes on the park too.

The story of Episode 5 was too fast and in episode 6 also the pace will be similar.

What can happen in Episode 6 of the show?

In the last episode, we find out that Kurt was the masked killer which has been found out by Angela during her New York visit and Dexter’s old friend Batista tipped her that Dexter is surely hiding something from her. 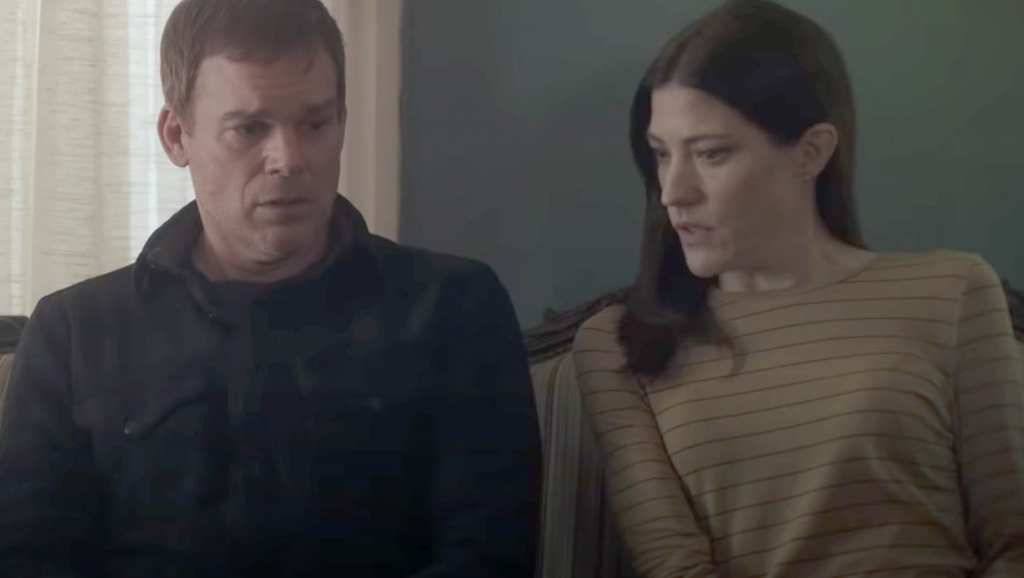 And the story will forward from here in episode 6, where Angel will question Dexter about his past life and currently what does he hiding.

The title of episode 6 is “Too Many Tuna Sandwiches” and as per the official synopsis of the episode she doesn’t know about Dexter’s killer instinct, she will only question him about what does he hiding from her and why.

The old friend of Dexter Angel Batista can be very crucial to the new twists to the plot of Dexter: New Blood as he knows almost everything about Dexter. As he is the only connection between Dexter’s present-day life and the past and he knows that Dexter is dead but after Angela’s reveal the links to Jim Lindsay may re-open.

The Release Date of Episode 6

Episode 6 will be released on showtime at the same timeslot which has been given to the show and will be available to watch online on showtime on December 12, 2021, at 09:00 PM ET and will be available to watch online at the mid-night. Episode 7 of Dexter: New Blood has also been scheduled to be released on the 19th of December, 2021, and which has been titled “Skin of Her Teeth”.