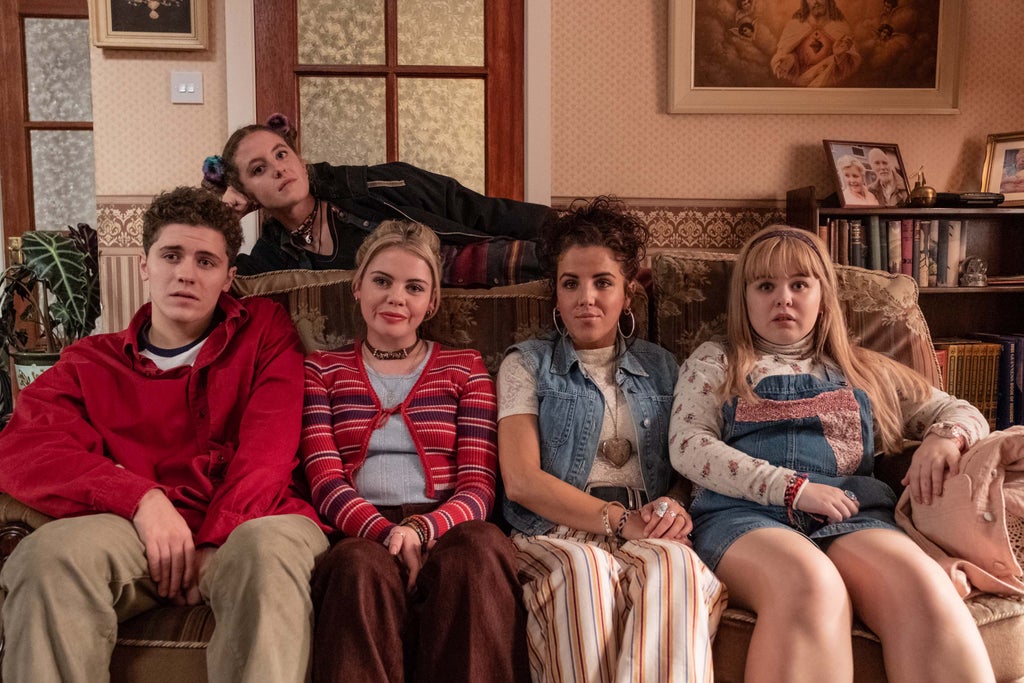 It’s official. The news we’ve all been waiting for has finally been announced ⁠— Derry Girls is returning for a third season.

Announcing the news this morning on Twitter, the show’s creator and writer Lisa McGee said that although season three will be the last, she’s excited to start filming and to “take our loyal fans on one last adventure.”

The hit show centres around five students navigating the trials and tribulations of teenage life against the backdrop of The Troubles in Derry.

Ahead of season three’s release, here are some of the show’s most memorable moments so far:

The ‘Catholic and Protestant’ blackboard debacle

We knew we’d be in for a wild ride when in season two, students from the Catholic and Protestant schools were brought together.

Father Peter, a dreamy figure, encouraged the students to compare the differences and similarities between Catholics & Protestants to help find common ground.

Although the similarities board remained empty, the differences list did contain some genuine answers — but it also contained some silly observations too.

According to the board, Protestants have toasters in their cupboards and love flutes. Catholics prefer JFK, Bingo, and going to Bundoran.

As the gang cram ahead of their history exam, they create perhaps the most succinct and searing summary of modern Irish history ever made.

When Clare freaked out because she hadn’t revised the Irish famine yet, Michelle replied: “We’ve got the gist, they ran out of spuds, everyone was raging.”

James then remarked: “Well I can’t tell my rebellions from my risings.”

Michelle fired back: “And who’s fault is that? If your lot had stopped invading us for five f**king minutes there would be a lot less to wade through.”

Orla is perhaps both the quirkiest and most quotable character in the show.

In the very first episode, Orla begins reading from Erin’s diary. Erin snarled: “You better not have brought my diary to school.” Orla innocently replied: “I had to. I’m doing my book report on it.”

The audio of Orla claiming to do her book report on Erin’s diary has gained popularity on TikTok, with some using it to tell their audiences about family secrets that were revealed to the world.

Everything being described as “wee”

Anyone who has ever been in the north of Ireland will know that basically everything — regardless of size — is described as “wee”.

James is described as the “wee English fella”, the “wee gay fella,” and pejoratively as the “wee Limey”.

But it’s not just used to describe people. In the scene where Gerry unsuccessfully tries to collect Mary’s birthday photos, he’s prompted to produce his “wee docket”, which is a “wee red slip of paper” and when he can’t find it, he’s told to go home to have a “wee look for the wee docket”.

Known for her snide roasts and eye rolls, no episode of Derry Girls would be complete without everyone’s favourite “small angry penguin woman”.

Michelle isn’t the sentimental type, but when James said he wanted to return to London in the last episode, she told him she didn’t want to go.

When said he felt like he didn’t belong, Michelle told him: “You’re a Derry Girl now James… I’m serious, it doesn’t matter that you’ve got that stupid accent, or that your bits are different to my bits, because being a Derry Girl is a f**king state of mind.”

James changed his mind later on in the episode, and ran back to join the girls at Guildhall Square where they were watching the US President speak.

“I’m a Derry Girl,” He shouted loudly from the walls of the historic city. In typical Derry fashion, a passerby can be heard remarking: “A pr**k is what you are.”

Although there are too many best bits from the show to include in just one article, we look forward to seeing many more side-splitting scenarios in the show’s third season.

And we’re not the only ones looking forward to it — Twitter has been buzzing since McGee’s announcement this morning.

Rumours of a movie are still flying, even though season three is now confirmed.

In her statement today, McGee said: “Who knows if Erin, Clare, Orla, Michelle and James will return in some other guise someday? But for now, this is it for us, and we’re excited to start filming the series with our incredible cast and crew to hopefully take our loyal fans on one last adventure.”

So there we have it — our favourite show is officially coming back. But whatever you do, don’t make the same mistake the former media minister John Whittingdale made by referring to it as “distinctly British”.