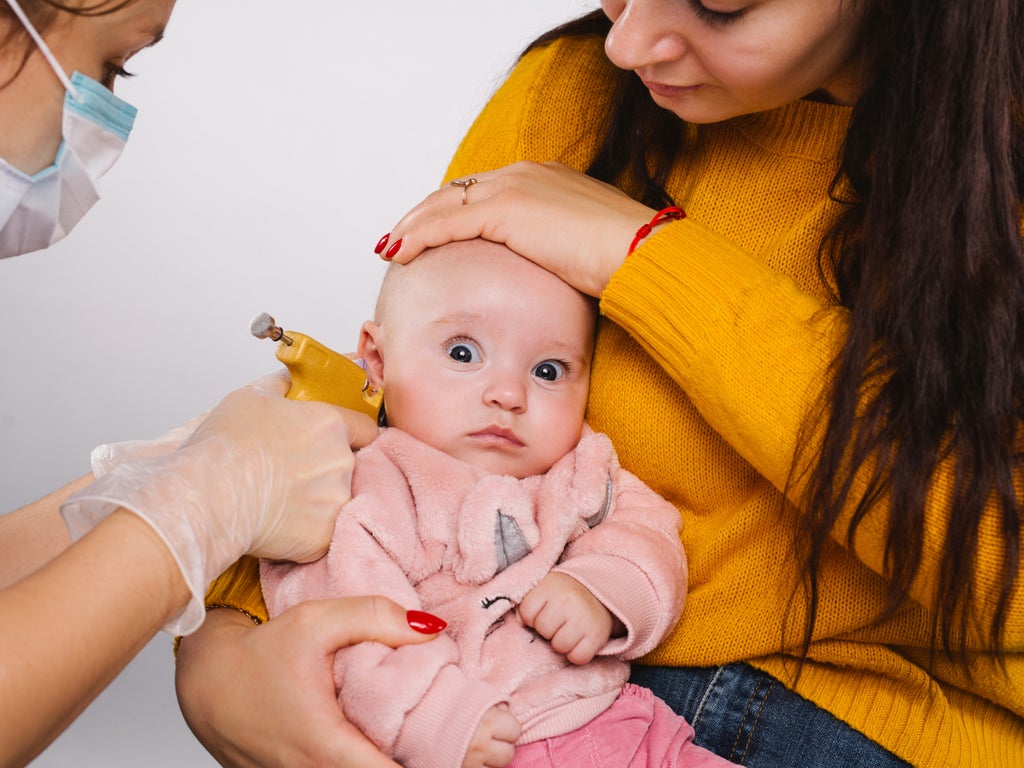 A dad was left raging after discovering that his wife had got their two-month-old daughter’s ear pierced behind his back despite “having the piercing debate since before she was born.”

Subsequently, he turned to a popular Reddit forum titled, “Am I the a**hole?” for some much-needed reassurance.

“She comes from a culture where it’s the normal thing, but I’m just not comfortable with a painful process like that”, he wrote before stating that he’d feel much more comfortable to wait until his daughter is old enough to make her own decision on the matter.

After a day with his family, he returned to his home and noticed that his 2-month old daughter, Alicia had gold studs on her ears. His wife had “decided to ‘make a day of it’ and just get them done”, he said.

In a state of “pure rage”, he instantly removed the earrings and threw them away – which enraged his wife. “She said removing them was “totally disrespectful”He wrote that she went to sleep in her spare room and did not talk to him.

He concluded that he did the “right thing.” “She got them pierced without asking me (or more importantly, ASKING ALICIA), so I took them out because our baby doesn’t need bits of metal sticking out of her ears”, he added.

The Redditor’s fury prompted fellow users to jump in on the action with much-needed reassurance that he didn’t overreact.

“A cultural norm that impedes another person’s bodily autonomy is not a cultural norm worth following”, one commented, “Your wife knew your feelings on this and did it behind your back as a ‘better to ask forgiveness than permission’ move.

“She can cry about ‘disrespect’ all she wants, but it was disrespectful to you, the child’s other parent, to do this behind your back.”

One Reddit user commented with a different angle and suggested, “This is more about a power struggle between the couple than cultural norms or the baby.”