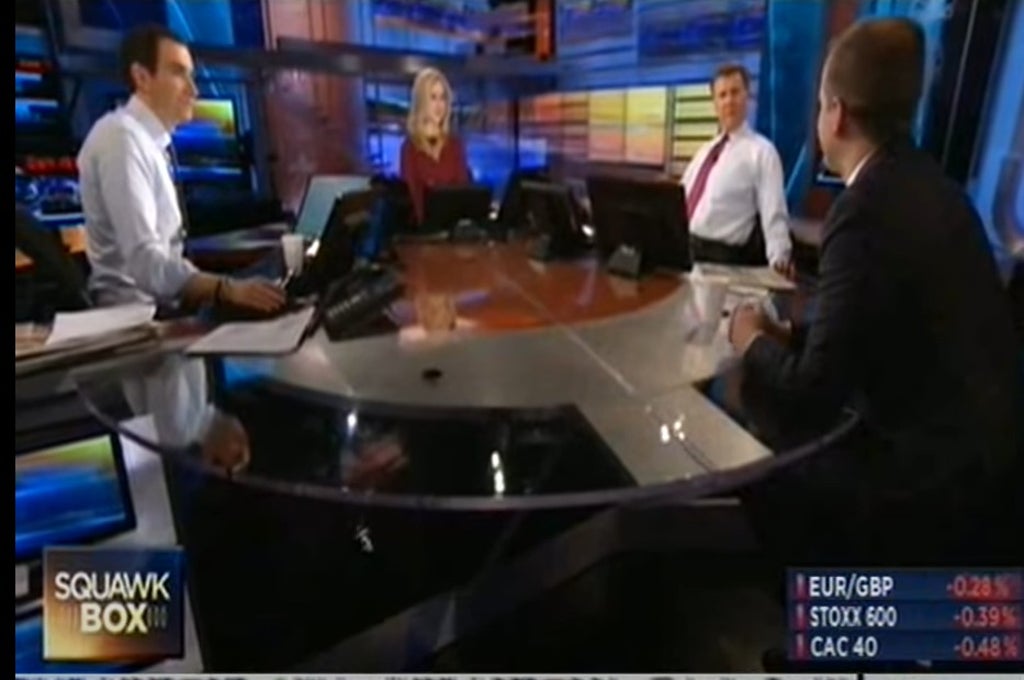 A clip of an American journalist becoming increasingly shocked about Ireland’s currency has resurfaced and it is incredibly amusing.

In the resurfaced CNBC video, from 2014, Martin Shanahan, then the newly appointed head of Ireland’s foreign development agency the IDA, was interviewed by the anchors of financial programme Squawk Box but he ended up having a more rudimentary conversation than he might have expected.

After another reporter asked how “the weaker euro” impacted tourism in Ireland, Shanahan’s response was interrupted by anchor Joe Kernen who said:

“Why wouldn’t we have euros in Ireland?” Shanahan replied.

“I’d use the pound,” Kernen responded, “Securing his future in economics and diplomacy.”

“We’ve had the euro for some time and we’re very happy with it,” A polite Shanahan replied.

But Kernen remained undeterred. “What about Scotland, I was using Scottish pounds,” He said that Shanahan also agreed that the currency used in this country was different.

“What? Why would you do that?” Kernen said.

“Why wouldn’t we do that?” Shanahan replied.

Shanahan then delivered a geography lesson: “They’re part of the UK, we’re not.”

“Aren’t you right next to… sort of the same island?” Kernen said.

Shanahan explained that Northern Ireland used a pound, which was too complicated for Kernen.

“They do?!” He yelled. “It’s just too confusing,” As if in despair, he said. And after a different reporter tried to get the interview back on track again, Kernen interjected one last time, and said:

“I’m not sure I follow your logic,” Shanahan said. Kernen almost reopened the trouble by claiming that Northern Ireland has better golfers. This was in spite of practically nothing.

And reacting to the calamitous affair, people on social media thought they had struck gold: