Ever since breaking through in Hollywood with his role as Tyler Gage in Anne Fletcher’s Step Up, Channing Tatum has risen from Hollywood pretty boy to top-notch talent. Tatum is back in full force with several upcoming projects on the horizon, including his (co) directorial debut, Dog.

In the movie, accompanying Tatum will be Jane Adams and Lulu on their journey in the role of Tamara. Readers might recognize Adams from projects like Eternal Sunshine Of The Spotless Mind, the recent Emmy-winning HBO Max series Hacks, and the 2017 Twin Peaks revival. 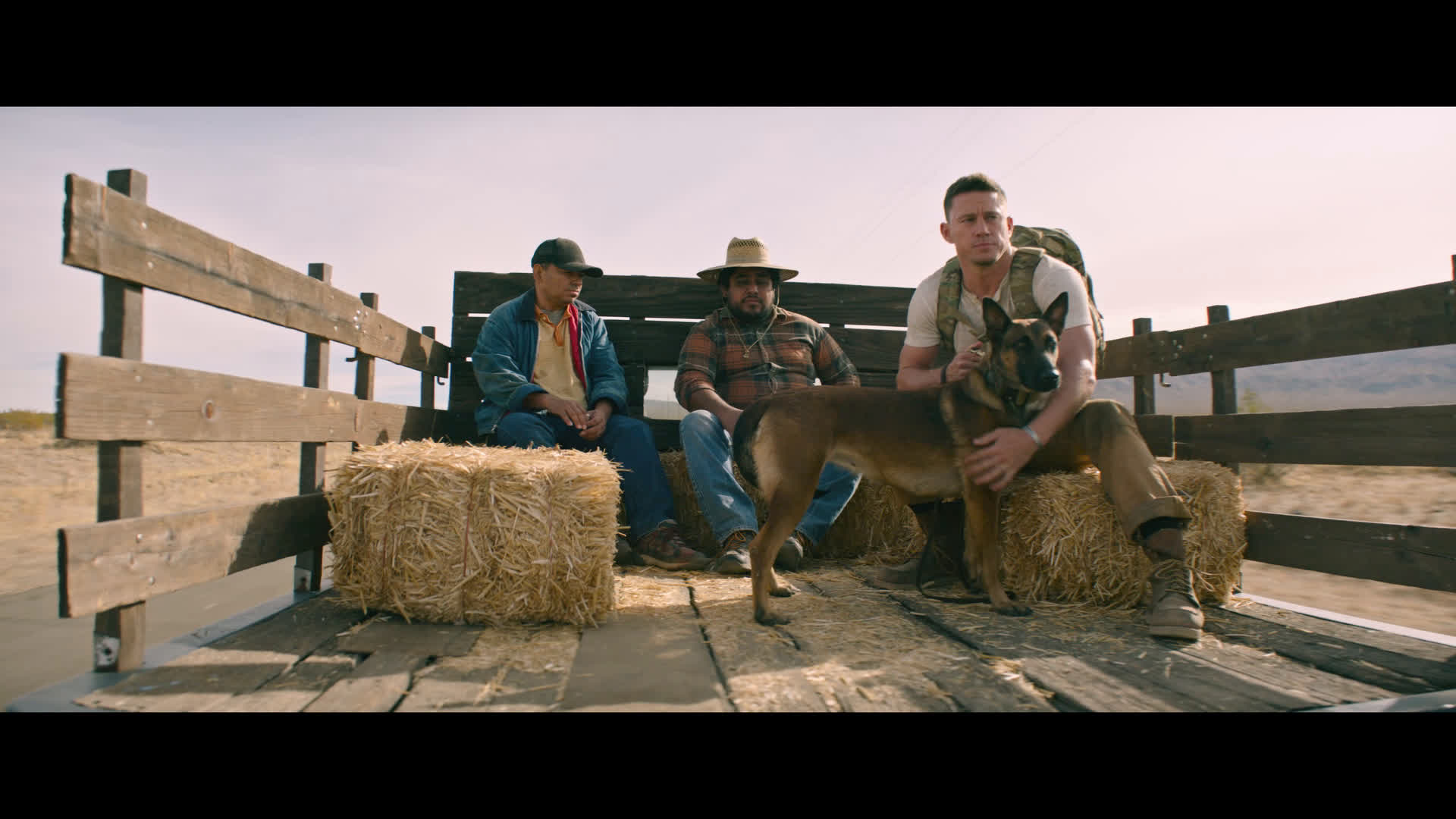 Kevin Nash is also onboard the crew after starring alongside Tatum in both Magic Mike movies.
The rest of the cast list includes Bill Burr (The King Of Staten Island), Q’orianka Kilcher (Yellowstone), Ethan Suplee (The Hunt), Emmy Raver-Lampman (The Umbrella Academy), Nicole LaLiberté (Twin Peaks), Luke Forbes (Crown Heights) and Ronnie Gene Blevins (The Conjuring: The Devil Made Me Do It).

In actuality, the film tells the story of US Army Ranger Riggs (Tatum). He is to transport military Belgian Malinois Lulu to the funeral of her deceased handler, Nuke. While Lulu and Riggs initially don’t start off well together, their cross-country journey brings them closer and they start to form a true bond with one another with renewed trust.

MGM released the first trailer for the movie on November 17, 2021. The trailer, which is set to The Rolling Stones classic “Beast of Burden” will likely create an emotional stir within dog lovers everywhere as well show us a glimpse at the film’s comedic but sweet tone.
For readers wishing to have a view of the trailer, you can do so from the following link:

“Dog” would have released just earlier this year on February 12, 2021, before. The film eventually received a Summer release of July 16, 2021. “Dog” will now open in theaters on February 18, 2022. Almost an entire year after it was initially set to debut.