Cazzie David says viral video of Larry David at NYFW is ‘disturbing’ not funny: ‘He’s having a breakdown’ 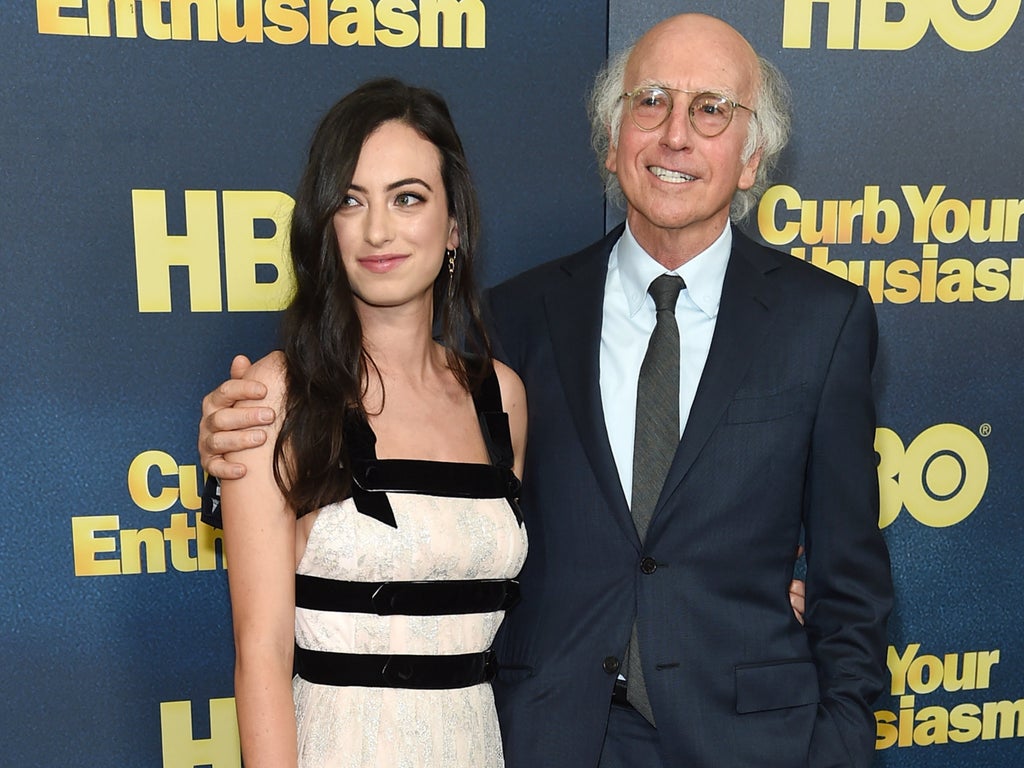 Larry David’s daughter Cazzie David isn’t particularly fond of the footage showing her father plugging his ears at a New York Fashion Week show — nor does she find it funny. In fact, the “No One Asked for This” author says it’s actually “very sad.”

The moment in question is from early September, when the Curb Your Enthusiasm star was photographed at the Staud Spring/Summer 2022 show. Seemingly displeased with his surroundings, the 74-year-old comedian lowered his head and plugged his ears to drown out the loud music.

But Larry’s daughter Cazzie couldn’t see the humor in her father’s apparent anguish, insisting that Larry truly was miserable in the moment — which is simply never funny. “I found it so disturbing,’ Cazzie said on the Call Her Daddy Podcast, clarifying that while she’s “happy everyone thought it was so funny and relatable,” it’s different when it’s your own dad.

“For me, it was like this is a man who was dragged to some place he doesn’t want to be, that he didn’t know what it would be. He doesn’t know what a fashion show is,” she explained. “He didn’t want to go obviously. Like, I know him. So, the moment that’s going viral that’s, like, me watching my dad — he looks like he’s having a breakdown, like truly.”

“He looks so miserable and I obviously don’t like seeing my dad miserable, whether or not it’s funny. But he would also never do something to try and be funny. I don’t think he’s ever done anything in his life like that to be funny,” she continued.”

Cazzie reached out to her sister Romy in regards to the incident, who allegedly felt similarly. “Me and my sister texted it to each other and we were both like, oy. This is so sad,” she recalled. “It’s so weird how different your reaction can be than someone else’s.”

“It was simply just too loud for him to be there. It’s very sad,” she concluded.

Later in the podcast Cazzie addressed rumors that she’s asexual (she’s not) and opened up about an abusive relationship from her past. To listen to the full recording, click here.