One of the hottest upcoming movies out there is Sony Pictures’ “Bullet Train,”. David Leitch, the genre veteran has directed the movie and Brad Pitt is starring himself. The movie tells the story of five assassins, who board the titular high-speed train for various reasons. And presumably, they won’t be too happy to bump into each other.

As casts go, “Bullet Train” can boast one for the ages. The three named characters so far are Brad Pitt’s Ladybug, Joey King’s Prince, and Aaron Taylor-Johnson’s Tangerine. At least two of them are quite likely assassins, seeing as Pitt is pretty obviously the biggest name in the assassin-themed movie, and Taylor-Johnson actually scored his upcoming lead role in Sony’s “Kraven the Hunter” based on his performance in this movie (per The Hollywood Reporter). This is an interesting fact that may speak volumes of Taylor-Johnson’s intensity in “Bullet Train” — as well as a nice addition to the actor’s comic book character résumé, which already includes the titular character in “Kick-Ass,” and Quicksilver in “Avengers: Age of Ultron.” 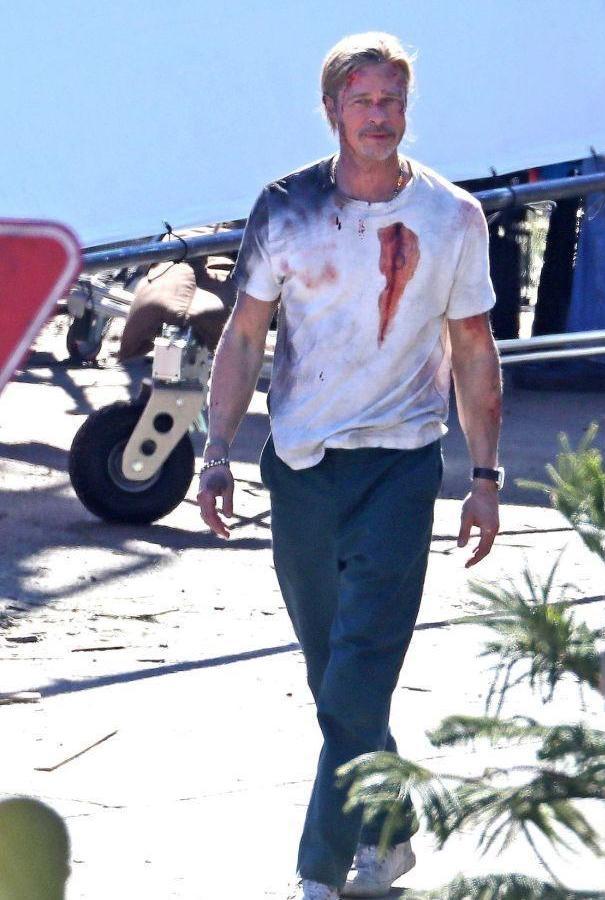 “Bullet Train” is based on the novel “Maria Beetle” by Japanese writer Kotaro Isaka (per Deadline). Depending on how accurately the movie adaptation follows the book’s plot, you can expect multiple strange assassins with radically different methods in the same bullet train, all tasked with different jobs, and largely unaware of each other. However, as the story progresses, it turns out that their missions might just be interconnected after all, and a deadly game begins.

We don’t yet have a trailer for “Bullet Train” as the movie is still several months away. We do, however, have a synopsis of the novel, which offers a good sense of what viewers can expect from the movie. Though it is an adaptation, creative liberties are likely to be taken.

“Bullet Train” will hit theaters on April 8, 2022. It will be an exclusive theatrical release since Sony doesn’t have a major streaming service — at least not yet. So those hoping to stream the movie will need to wait at least 45 days, at which time, it will probably be made available as a premium VOD title.