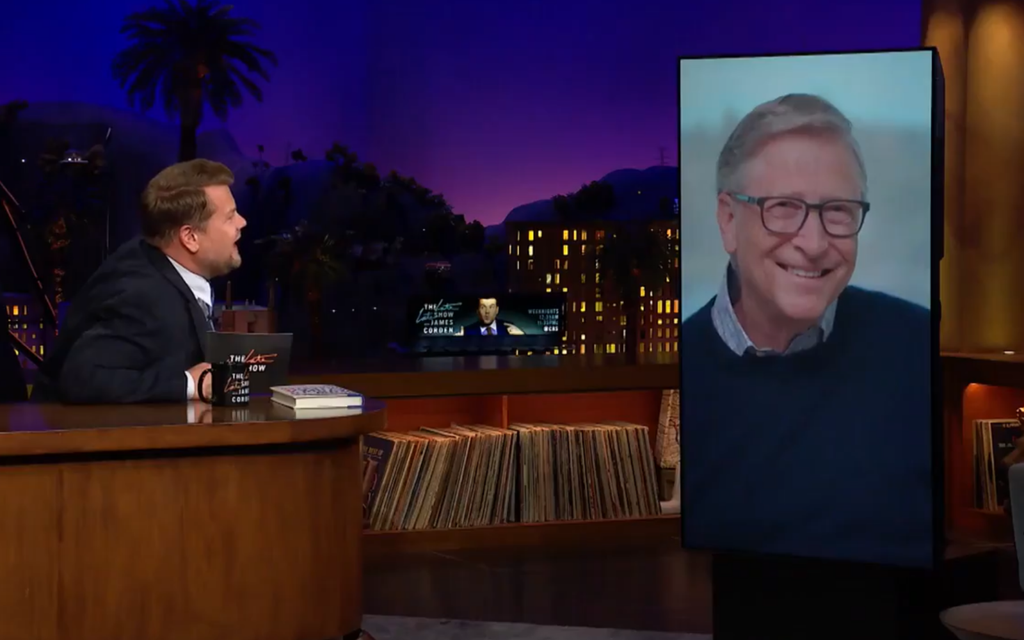 When it comes to tech moguls wishing to launch themselves off the face of the earth, Bill Gates is a notable exception.

It seems to be a favourite pastime of his billionaire peers, with Virgin boss Richard Branson and Amazon founder Jeff Bezos seemingly having their own little ‘space race’ this summer.

On last night’s Climate Night episode of The Late Late Show with James Corden, Corden thanked him for being “the one billionaire who’s not trying to escape Earth on a spaceship at the moment.”

He then asked why this is a thing billionaires are obsessed with at the moment.

Gates said: “I don’t know, I’ve become obsessed with things like malaria and HIV and getting rid of those diseases. I probably bore people at cocktail parties talking about diseases.

Corden followed it up with: “That is the classiest burn I’ve ever heard.”

Alongside being the co-founder of Microsoft, the 65-year-old is also renowned for his charity work.

Gates and his now ex-wife Melinda founded the Bill & Melinda Gates Foundation, a non-profit that has spent $53.8 billion since 2000 fighting poverty, disease, and inequity.

Last night’s episode of Corden’s show focussed on climate change, but he wasn’t the only late-night talk show host to put the climate emergency to the fore last night.

The media personalities all dedicated their shows to Climate Night to mark Climate Week NYC, a week-long summit that aims to accelerate climate action and assess progress ahead of COP26.

If you plan on one day going to the stars yourself, be prepared to shell out lots of money. You should also be prepared for people to petition for you never to return to planet Earth, and in light of recent events, it’s advisable to perhaps pack some extra loo roll.

Check out Indy100’s comparison of Branson, Bezos, and Elon Musk’s adventures to infinity and beyond by clicking here.