The Bigg Boss Telugu 3, hosted by Nagarjuna Akkineni, shall witness its first eviction in this week. There was a total of six contestants in the nomination zone for eviction, i.e., Hema, Vithika, Rahul, Jaffar, Punarnavi and Himaja. Punarnavi and Himaja are already in the safe zone. Nagarjuna declared them as safe candidates in yesterday’s episode. Now the elimination battle is between Hema, Vithika, Jaffar and Rahul.

Bigg Boss Telugu season 3 is not leaving any chance to generate a lot of curiosity among the audience about the show. It is constantly creating an exceptional tornado in the TV circles. Even before the start of this new season, it was stuck in different controversies. Now that the show is on fire from the last few days, it has grabbed more eyes on it because of the drama and fights taking place inside the house. 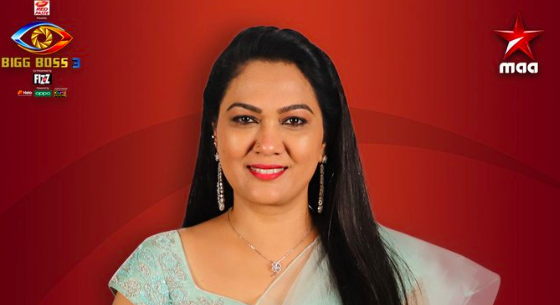 It is being heard that very soon, the audience will get to see the first eviction of the third season. As per the reports, the actress Hema is likely to be evicted and walk out of the house in the first round of elimination. But the official confirmation about Hema’s exit is expected on Sunday, 28th July. However, the episode has already been shot by the makers.

As per the daily reports, the reason for Hema’s eviction from the house is her daily fight with Rahul and Ali Reza related to the kitchen. Other contestants like Sreemukhi and Himaja have also complained about Hema which added more negativity and led to more reasons for her being removed from the house. Not only this, even social media is flooded with memes trolling Hema and wishing for her elimination.

According to the opinion made by Nagarjuna while talking to Hema in Saturday’s (27th July) episode, Hema’s dominance in the house also contributed to her nomination. Hema replied that it is the misunderstanding of the housemates about her concern for them.

Now let’s see what happens further on Sunday, 28th July. And yes, don’t forget to keep your eyes on the television and watch the episode this weekend!!