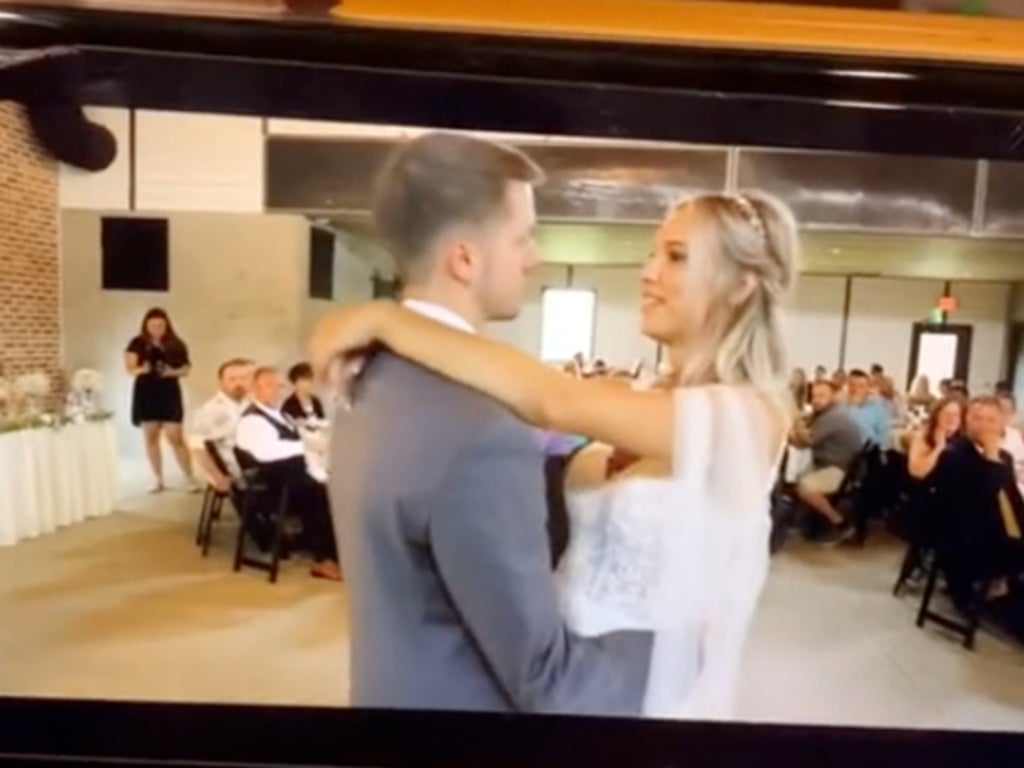 A best man’s cheeky comment during a couple’s first dance has gone viral after a microphone left on the table revealed what he was really thinking — and, saying — in what should have been a truly touching moment.

TikTok user @hunsbuns, one half of the dancing couple in question, shared the amusing incident to the platform, captioning the video — which she took from her own device, of footage playing from her partner’s phone — “What happens when you leave the mic at the head table with the best men during your first dance.”

And, indeed, the clip demonstrates exactly what she said it would. The other phone plays the sweet occasion, during which the newlyweds gaze into each other’s eyes, dancing together for the very first time whilst living in holy matrimony on their wedding day. Slow, romantic music plays in the background as every person in the room was surely brought to tears, when the best man abruptly blurts — in a strangely sentimental tone, considering the contents of his remark — “Spencer’s a** looks so fat right now.”

Shocked, several viewers immediately queried: “Is Spencer the guy or the girl?” And somehow making this even more absurd is the fact that Spencer was the groom.

“You can never admire your husband as much as that man does. Congrats,” one user quipped. Another noted, “Videographers absolutely could have cut that in post [production] but they chose not to. God bless ‘em.”

“Throwing up tears rn, that was so sweet of him to say,” another user joked, while another suggested a genius plan: “Put. Mics. At. All. Tables.”

“If I’m not cackling this hard at my own wedding video I don’t want it,” another wrote, with which we couldn’t agree more.