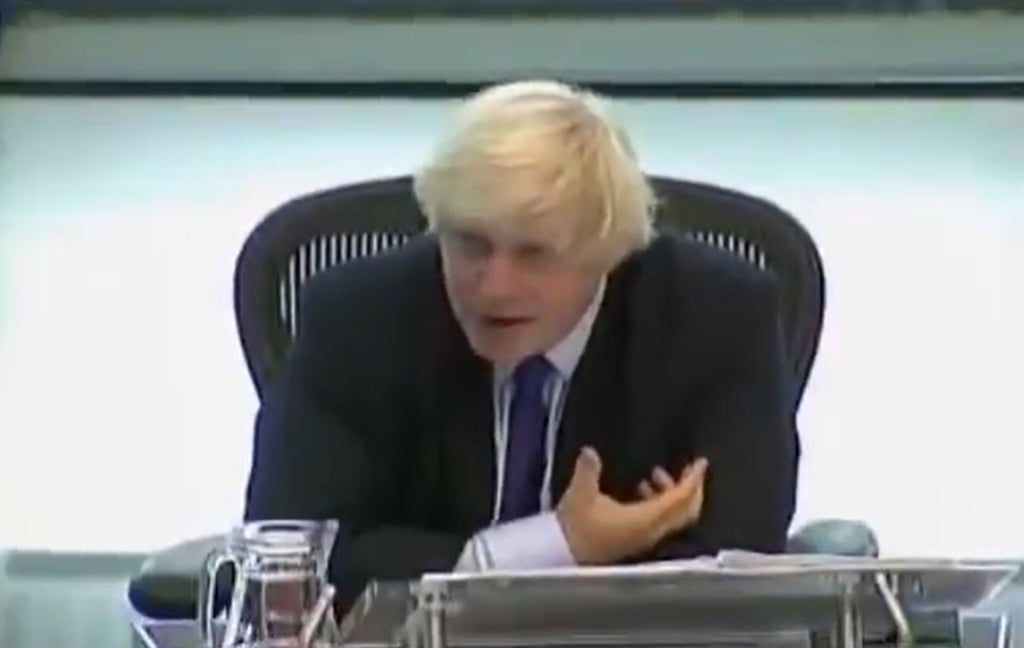 A video claiming Boris Johnson once got his views on climate change from conspiracy theorist Piers Corbyn has resurfaced and is causing people to raise their eyebrows.

The video, which is of a 2013 London Assembly meeting, shows the then deputy Mayor and Green Party politician Jenny Jones locking horns with the then Mayor of London (that’s Johnson of course) and given the growing notoriety of Corbyn in the intervening eight years, it is really quite something to see.

In the clip Jones says:

“Let me get back to your climate sceptic views because you rely a lot on a weatherman called Dr Piers Corbyn and I understand that he’s never been published in any scientific journal that does peer review.

“In science peer review is terribly important and you’re relying, for your views, on somebody who isn’t peer reviewed and he’s a weatherman.

Johnson replies: “I was interested in some of the things – I didn’t know that, I’m interested in what you say about Piers Corbyn who is after all the brother of staunch Labour MP Jeremy Corbyn and he’s got an interesting take on the weather we’ve been experiencing which I thought was worthy of note.

“I do remember 20 years ago when this whole thing’s kicked off we were told that there was this thing called global warming and there still is and that is the fundamental problem, the greenhouse effect… is I’m sure leading to the greater propensity for the planet to warm.

“However, the interesting thing is that may also be coinciding, and this is I think scientifically possible, with a solar minimum of the kind hat the planet has experienced before.”

“You’re giving me a headache,” Jones interrupts. “Mr Mayor this is garbage. You must understand that the overwhelming scientific consensus is that climate change is happening.”

Pressed if he held climate sceptic views, Johnson replies: “No I don’t, of course not!”

The two clashed after Johnson wrote a Telegraph column – because those never come back to haunt him – questioning the language used around global warming and suggesting that Piers Corbyn may have analysed the situation correctly.

He wrote: “I am all for theories about climate change, and would not for a moment dispute the wisdom or good intentions of the vast majority of scientists.

“But I am also an empiricist; and I observe that something appears to be up with our winter weather, and to call it ‘warming’ is obviously to strain the language. I see from the BBC website that there are scientists who say that ‘global warming’ is indeed the cause of the cold and snowy winters we seem to be having.”

He added: “I wish I knew more about what is going on, and why. It is time to consult once again the learned astrophysicist, Piers Corbyn.

“Now Piers has a very good record of forecasting the weather. He has been bang on about these cold winters.

“Now I am not for a second saying that I am convinced Piers is right; and to all those scientists and environmentalists who will go wild with indignation on the publication of this article, I say, relax. I certainly support reducing CO2 by retrofitting homes and offices – not least since that reduces fuel bills. I want cleaner vehicles.

I am speaking only as a layman who observes that there is plenty of snow in our winters these days, and who wonders whether it might be time for government to start taking seriously the possibility — however remote — that Corbyn is right.”

Meanwhile, the video has today surfaced because Johnson is attending United Nations talks about climate change and has told other world leaders that they are not doing their bit, leading some to suggest those that those who live in glass houses shouldn’t throw stones.

“Everyone nods and we all agree that something must be done. Yet I confess I’m increasingly frustrated that the ‘something’ to which many of you have committed is nowhere near enough,” He said it yesterday.

Reacting to the clip, people thought it was surprising:

For his part, Corbyn most recently hit the headlines for appearing to accept a bribe on the condition he stops criticising the AstraZeneca vaccine as part of his general anti-vaxx crusade. Hidden cameras captured the bribe as a joke.