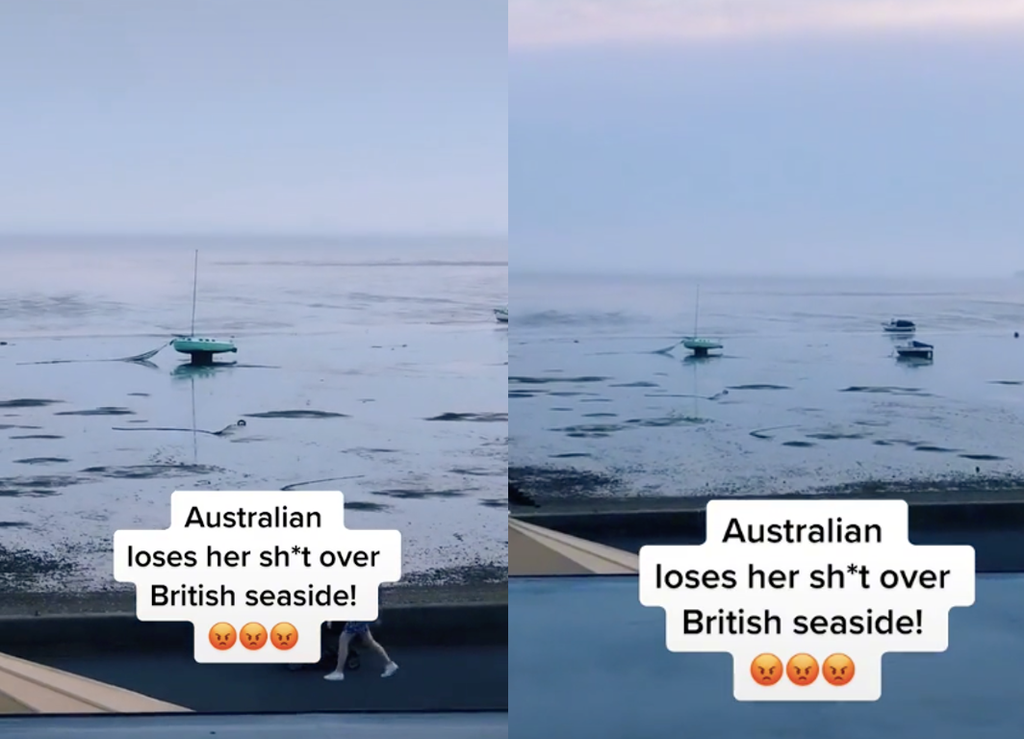 An Australian woman has been left red-faced after she attempted to mock British beaches but made a fatal mistake when she displayed her apparent lack of understanding of how the tide works.

TikTok user @carmela_cc aka Carmela Contarino started off by saying: “Not only in the UK do they have beaches that aren’t really beaches but they have sea that disappears.”

Laughing to herself she then begins to zoom in on some marooned boats that just happen to be on the beach that she is filming and starts saying: “What’s this guy doing? There is no longer water there.”

She then adds: “Apparently the water comes back at night but sort your f**king beaches out guys.”

Despite not being aware of a natural phenomenon that literally happens on every coastline all over the world (tides are apparently more noticeable on smaller countries and islands like the UK when say compared to huge nations like Australia), Carmela made the mistake of trying to roast the UK on TikTok.

Let’s just say that from judging by the comments, British people are very passionate about their beaches and their tides and will defend them on social media when Australians try to mock them.

“Jeeze!!! They have schools in Australia don’t they?” one person wrote. Another said, “What do you mean there aren’t tides in Australia?” with a third adding: “Does Australia not have a moon?” A fourth person wrote: “Never knew there were people who didn’t know there was such a thing as the tide…mind blown.”

However, these weren’t all angry comments. A few of them featured some very witty replies from Carmela showing that she clearly saw the funny side of the situation. See below.