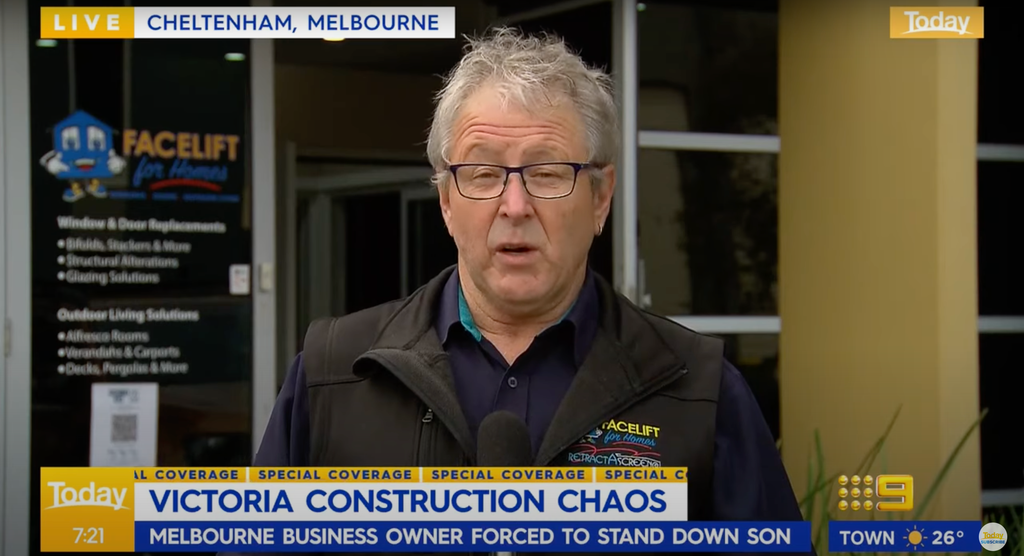 A man from Victoria, Australia has said it was “the toughest day of my life” when he had no choice but to fire his unvaccinated son from his construction company.

Facelift for Homes owner Peter Wishart had to make this decision Tuesday after a government order that closed down two construction sites for at least one dose.

Wishart, 65, told The Today Show on Channel 9 that he also had to sack two other tradespeople who worked for the company, who decided not to receive the jab “for various reasons and medical reasons as well”.

“The government has given us no other options. I’m a shadow of my former self at the moment.

“My son is obviously devastated but he’s the future of my business. I’ll do whatever I do to make sure he takes the business over.

The business owner’s comments came on the same day that protesters took to the streets in Melbourne, Victoria’s capital, to speak out against the new mandate, with reports that nearly 2,000 people took part.

According to Reuters, more than 60 people were arrested following the demonstration, and Victoria’s health minister Martin Foley later confirmed that the state’s public health team “had no choice” but to pause the requirement and “continue to work with the sector … to improve compliance”.

Wishart said that people should have the option of getting vaccinated.

“People have got medical reasons why they’re not getting vaccinated,” He said.