Donald Glover’s TV series Atlanta finally has a premiere date for its third season. Earlier this fall, Glover shared a cryptic teaser trailer for the long-delayed third season. The initial delay was due to Glover’s busy schedule. He released his fourth studio album in 2020. Originally, Seasons 3 and 4 were both guaranteed eight episodes. But that number was upped once the writers got back into the writer’s room and fleshed things out. Deadline reports Season 3 will feature 10 installments and Season 4 is sticking with eight.

Just about everybody in the core cast should be back. The show wouldn’t be the same without Donald Glover as Earn, Brian Tyree Henry as Paper Boi, Lakeith Stanfield as Darius. It would also make sense to see some more of RJ Walker, who plays Clark County, the rising rapper who paper boi was about to join on tour right at the end of season 2. Matthew Barnes who plays Lucas, Clark County’s manager vying to sign paper boi, could be back as well. 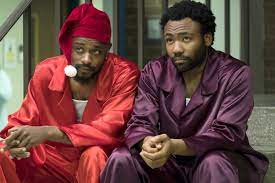 As a social commentary on race and class, masked as a show about a rising rapper. It’s hard to say what exactly will happen in the upcoming seasons of Atlanta. One thing is for sure that it’s likely to continue following the ceaseless struggle of Earn. Al tried to make it and failed miserably at both the hands of the music industry, systemic racism, and Earn’s own poor decision-making.

A teaser trailer arrived along with the announcement of the premiere date in late December 2021. The season looks bigger than ever, as the preview shows Paper Boi and his crew traveling (and partying) across Europe on his first-ever tour. FX Networks shared a clip of the teaser. You can watch it here:

We finally got to know when we can expect more of Earn and Paper Boi’s misadventures. FX announced that Season 3 will premiere on March 24, 2022. The show is gracing our screens again after four long years.