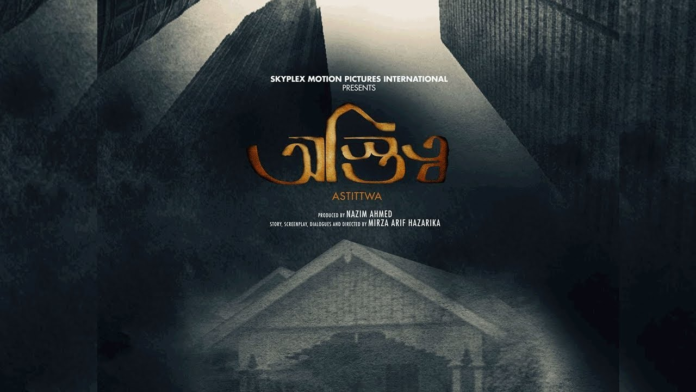 Astittwa an upcoming Assamese film based on the social-action and drama genre depicts the story of a common Assamese man who has to fight for his very own existence. Also giving a description of the changing situation of the Assamese culture.

The entire story of the film is made taking the protagonist as the focus point Lachit Hazarika is in the lead role he depicts a common Assamese man who struggles hard to find his place in the society.

The movie focuses on the current situation and sociopolitical condition of Assam and the Assamese community that what exactly is going on within the community. It has focused on Assamese culture that is losing its originality.

Mirza Arif Hazarika is the director of the movie. Mirza is amongst the most sought after filmmaker in Assam, he has a track record of giving some of the highest-grossing films as far as the Assamese cinema is concerned.

Dinesh Das is playing the role of Bibhuti Bhukhon Hazorika who as a matter of fact the protagonist of the movie Broen Bora, Rohit Choudhury, Lonishri Das, Siddhartha Mukherjee are amongst other notable actors of the movie, all of them are playing some significant part in the movie.

Earlier, the film was scheduled to release on 21st of June but due to some undisclosed reasons it’s release date was postponed. Clash with other movies was considered to be the reason behind the rescheduled release.

The movie is all set to mark its presence on the box office today that is 19th of July. The film is expected to do a make a hefty weekend collection. As it is a film focusing on the social issues of Assam, the Assamese audience is expected to turn up in huge numbers to watch the film.

Drama. If I have to describe this film in one word, then it is drama. The film is filled with dramatic scenes and characters. Along with the main plot the main lead also had to fight battles with his family, I would rather say his son. It’s not a physical battle, but a mental battle that he has to deal with.

The cinematography of Nahid Ahmed is should be appreciated. He did a great job in setting up the mood with his lighting. And music directors Dony Hazarika and Tarali Sarma have perfectly lifted the emotions with their background score and songs.

Along with the lead character, the side actors also gave promising performances. I think the director Mirza Arif Hazarika will impress the audience with this movie. Watch the movie and let us know whether he impressed you or not.