Tori Spelling Updates: We have seen in Hollywood or another film industry that how celebrities always keep pushing their kids to a better and happier place. They never leave a chance to promote their kids. We have seen many such celebrities, whether it’s Kris Jenner or her own daughter Kim Kardashian or Kylie Jenner. 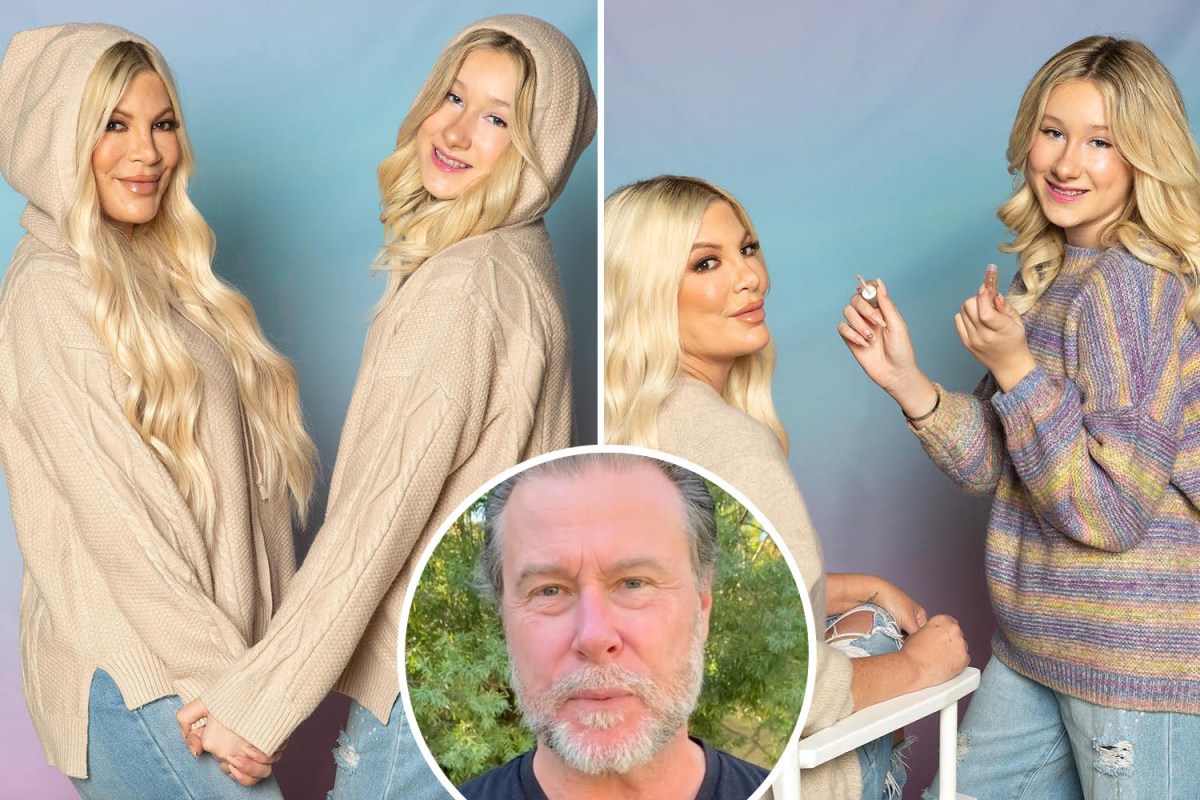 They always try to mingle with their kids and show these things on social media. Something like this has happened to Tori Spelling and her kid Stella.

Tori Spelling who is now 47 years old and a mother of five children never leaves a chance to promote her daughter Stella. This American Actress was seen doing a photoshoot with her 13-year-old teen daughter Stella. They have done this shooting for a beauty line, about the young, makeup look, and that is Petite n’ Pretty.

In these photos, the duo of mother and daughter were looking like sisters. They both were wearing similar dresses and the same hair color. In the first picture, Stella was wearing a purple, blue, and yellow striped sweater and she was caring it with comfortable jeans. On the other hand, Tori was wearing a sweater too and jeans. Tori said that she is really excited about it as she is loving her daughter Stella in it.

Tori posted one of those photos on her Instagram. In one of the photos of the shoot, Tori was wearing a sand color hooded sweater and a light blue Jean. Stella, her daughter was seen wearing the same but her jeans were ripped. Both were seen in blonde hair with the same curl. Stella is the daughter of Tori and her ex-husband Dean McDermott who is now 54 years old.

On the birthday of Stella in 2021, Tori took her Instagram and she uploaded pictures of her daughter. She said she is happy as her daughter turned into a teenager. She captioned it as “My baby girl is 13 today…” In an interview, she said about her daughter that she is really powerful and bold and at the same time she is very sensitive. She wished that she had the same power and sensitiveness as her daughter. She also said that Stella is a fearless as well as selfless girl.

With no surmise, we can say that the mother-daughter duo was looking very fabulous. Tori is really admiring her daughter the most, she tries to do her best with her daughter.