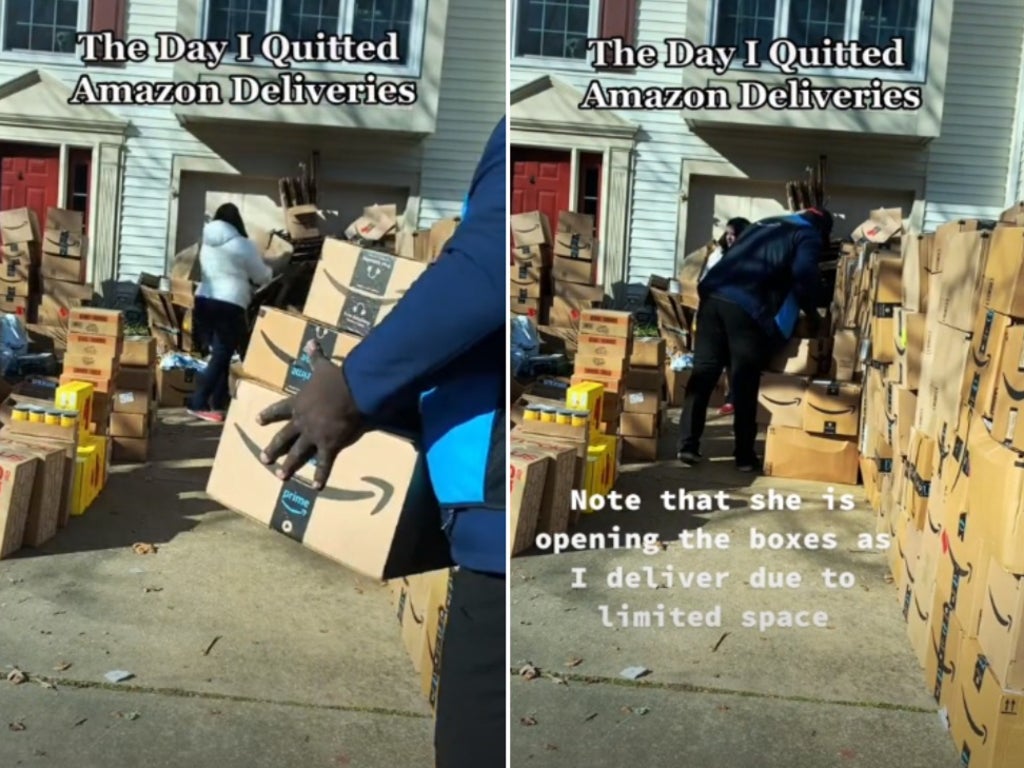 One Amazon worker has revealed the enormous job that made him quit doing deliveries for the company.

TikToker Willy Ngoran (@willy.ngoran) shared incredible footage showing the sheer scale of one particular delivery. In the clip, entitled “The day I quitted Amazon deliveries”, the camera pans around a front garden of a house where boxes can be seen piled high, from the end of the customer’s pathway all the way to the front door.

There were so many boxes that Willy notes there wasn’t enough room for them all and says: “Note how she is opening the boxes as I deliver due to the limited space.”

The number of parcels seems endless as, in the clip, Willy can be seen continuing to bring new boxes to the house. All in all, the TikToker details how “it took 1 hour 47minutes to deliver 314 heavy packages to this single home.”

With a workout like that – who needs to go to the gym?

Since posting about what his final straw was in delivery goods, the TikTok has been viewed 6.2m times, with over 420,000 likes and thousands of comments from people questioning why the customer had so many parcels.

One person wrote: “What in the world could be in all those boxes.”

“Amazon got there [sic] money’s worth from you that day for sure,” another person said.

While others didn’t share the same sympathy for the TikToker.

One person wrote: “As someone who has delivered for Amazon, why did you quit because of that? We get paid the same no matter the amount of stops, and that is 1 and done.”

“Are you kidding, this is the most ideal delivery. One stop. A house not a [sic] apartment. Wow,” another person said.

Someone else added: “I used to drive for Amazon and I loved stops like this. That’s the majority of my packages. The rest are a breeze!”

In the comments section, Willy later clarified that the packages were for “the local military regiment” and also explained how “there was an error in the system that delayed the deliveries.” He added the boxes were meant “to be split between different drives but it went wrong,” and described himself as the “last resort.”

After posting his viral TikTok, Willy revealed to his followers that he now works from home as a manager for the company.