All Of Us Are Dead Season 2 Updates: Intelligence is probably more than important than food and water when it comes to escaping a school full of zombies. And with that common sense and readiness of act also should come in handy. Because they are literally everywhere.

This very thing happens in the plot of the recent coming-of-age zombie apocalypse K-drama ‘All of Us Are Dead’ that premiered on Netflix on January 28, 2022, where only the most intelligent group of people survives.

After Hyosan High becomes contaminated by a zombie virus due to a mishappening in a science experiment, students become trapped in the school with very limited resources and no contact with the outside world. 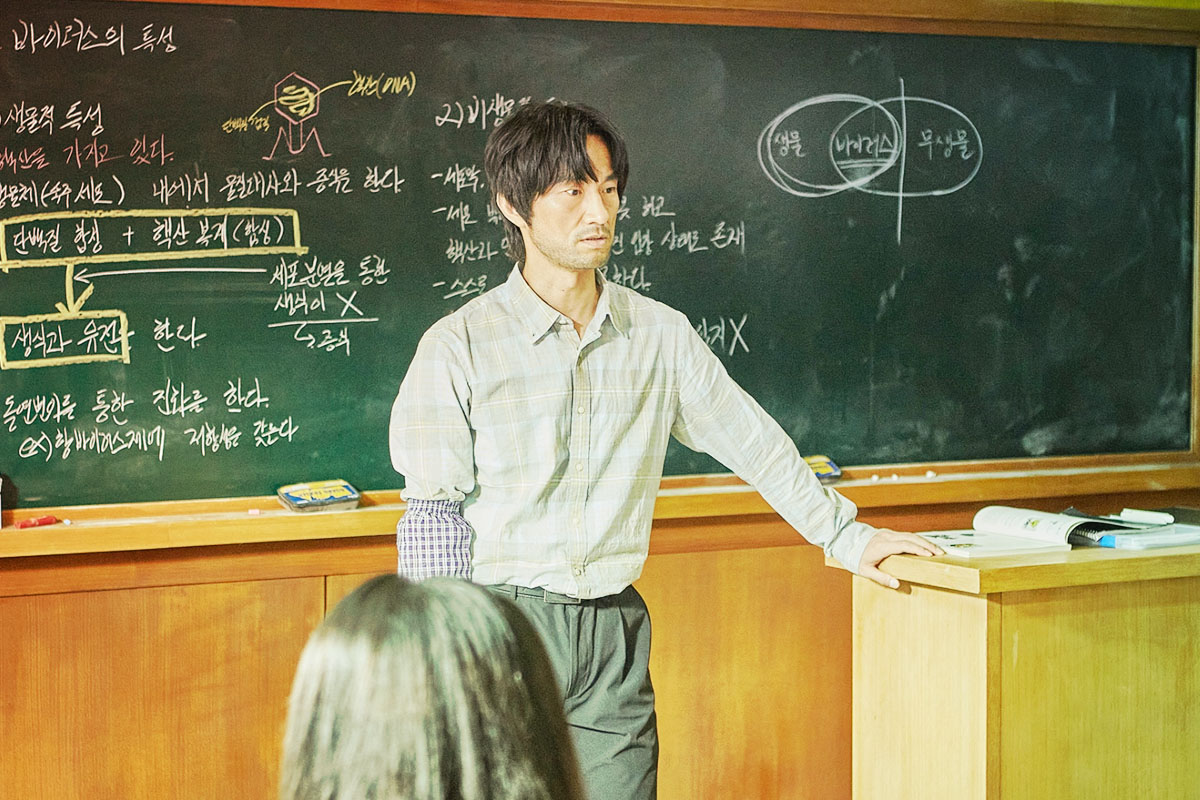 Not only the survivors do make their places in the list of the most intelligent characters of ‘All of Us Are Dead’. The person responsible for this virus outbreak and the whole drama of zombies secures the second top position in the list by his unparalleled academic brilliance.

Creating a virus that can kill thousands of people in a few days is the manifestation of pure intellect and intelligence. But the trait of Lee Byeong-chan that shades his intelligence is his commendable judgment as he decided to use this virus only to fight off some bullies. Though from his laptop only the secret of destroying the zombies can be discovered which is to burn them all.

Yang Dae-Su is a kind of comic relief in ‘All Of Us Are Dead’. His large bulk often becomes the subject of humor for his classmates. But Dae-Su does not let this come in his way and makes it to the quarantine camp even after having a leg injury. This shows the strength of mind, courage, and intelligence, qualities that make him the last survivor of Hyosan High.

Jang Ha-Ri’s archery skill contributed a big deal to fight off the zombies. She is a very pragmatic girl who does not let emotion mystify common sense in crucial moments.

Only when her brother died, did she let go of her resistance which is quite natural. Jang Ha-ri played an active role against the zombies and her clear sense about what she is able to do make it possible for her to survive.

Police sergeant Song Jae-Il tops our list for his leadership, intelligence, presence of mind, and courage. His competency made it possible to lead his whole party all the way to the quarantine camp.

Though sometimes he put his life in danger in order to save others, most of the time he had a plan to outsmart the situation nevertheless.

Park Mi-Jin is kind of like the street-smart girl which consequently makes her very pragmatic and unflinching. Her quick presence of mind told her to lock herself in as soon as she heard a classmate turning.

Trapped in the school where they had no chance of fighting the zombies with real weapons she also made a spear out of a mop. Besides, she was the one to realize the fault on the barrier plan because zombies could climb over that which unfortunately turned outright. Last but not the least, she decided to go back to college after everything which proved her immense intelligence.

Choi Nam-Ra’s intelligence was evident even before Hyosan High turned into hell. She had been the brilliant class president who during the zombie fight, led the students several times with brilliant plans. Nam-Ra was sharp enough to find out how Gyeong-su was infected by Na-Yeon.

After she turned into a half-zombie at the end of season one, she decided to isolate herself at the roof of the school and also help others who were in her state. She also informed the survivors that there are still zombies inside the school leading the series to a probable season 2.

This extremely well-trained first responder Nam So-Ju is certainly one of the most courageous and intelligent characters of ‘All of Us Are Dead’. His courage is exemplified in his solo journey from the quarantine camp to the school and his intelligence can be seen in how he managed to do so.

The fact that he tricked the quarantine guards, left ribbons to mark his way, and outsmarted the terrifying zombies are well enough proof of his intelligence. Quick on his feet and mind, So-Ju definitely did a hero’s job there.

Skilled in martial arts, Lee Su-Hyeok is one of the most intelligent students in the group. He led the group time and again with brilliant plans to survive the situation. He was intelligent enough even in that situation to take lessons from ‘Train to Busan’.

Also, his cool head and calmness of nerve provide the group with the exact type of intelligence that is needed in such emergency moments. Su-Hyeok does not get swayed by emotion which makes him very pragmatic.

Oh, Joon-Yeong had one of the most tragic deaths of the series. But his death also showed his intelligence and presence of mind when he used himself as a distraction right after being bitten.

He understood his demise, still thought of the next right thing to do. Joon-Yeong is also one of the nerdier students of the school who was the only one able to pilot the drone to scout their school for the safest route.

On-Jo ‘s intelligence can be evident from her ability to resolve arguments and conflicts. Though she might be considered frail and needed to be saved a number of times, she was intelligent enough to understand that in a battle against zombies the doom of survivors is inevitable if they begin to fight among each other.

Nam On-Jo also contributed some rather fantastic plans in some situations when almost everybody lost their hope.