After Life Season 3 Updates: Netflix will stream the final season of After Life from January 14, 2022. The viewers loved the original comedy-drama featuring Ricky Gervais. The show gathered so much attention and was placed in the top-ranking shows.

The show was first released in May 2019. After the successful streaming of season 1, Netflix came up with season 2 in the year 2020, and now the OTT platform is planning to launch the last season of the show. The show has also been given a tagline that suits the ending season of the show, and the slogan is “Every end is a new beginning.”

The show won the title of Best Comedy at National Television Awards last year. Ricky Gervais is the best comedian and an outstanding actor who beautifully portrayed the role of a bad-tempered widower who is forced to recover his distrustful mind. His acting stole the heart of the viewers.

As mentioned, Netflix has announced the release date of the show’s last season, and I will start streaming on the OTT platform from January 14, 2022. So the fans were happy to hear the news of After Life returning with season 3 but, at the same time, also sad that it will be the last season and the viewers will miss comic punches of the Ricky.

Netflix has also announced that even though the show will end, their relationship with Ricky will not end, and they will work on other projects with Ricky.

The last show has many wraps up which need to be cleared in season 3. Tony’s potential budding romance with Nurse Emma, his issue with the death of his father, etc. These points will connect to give a happy ending to the show.
Season 3 was announced after two weeks of season 2. At that time, the show was ranked in the top shows on Netflix.

After Season 2, the directors immediately decided to go for Season 3. As per the report, Season 3 has more than 80 million views. The official shooting for the show started in April 2021and in May 2021, Netflix posted some behind-the-scene pictures on Twitter. It took almost 35 days to complete the shooting for the final season.

What Ricky Says about Season 3 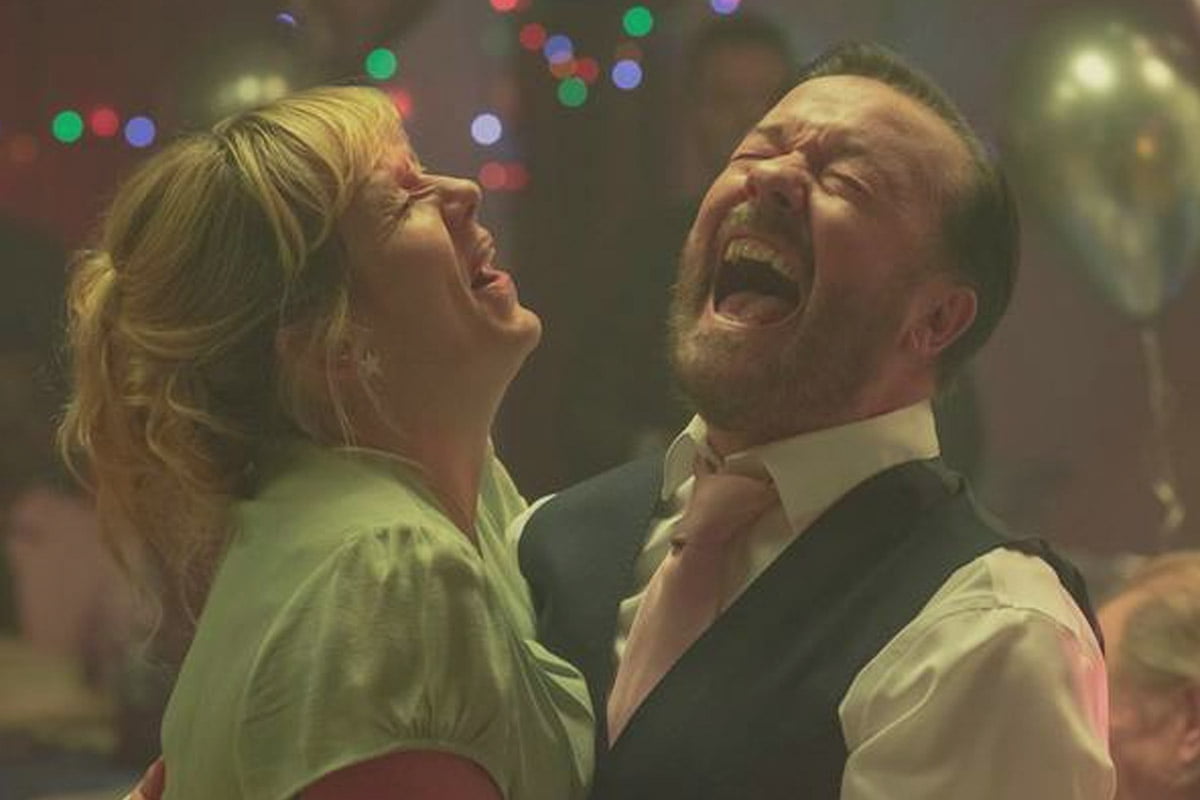 The show Life after Death, as the name suggests, is not about life and death; instead, it is dealing with a man’s grief. A widower is trying to cope with his life after the end of his beloved wife, Lisa. It’s a dark comedy show. The lead character is shown depressed, angry, and sad and wants to revenge the world for his sadness. His only comfort was his dog and the videos his wife has left for him as her memories.

In an interaction with media, Ricky said that initially, they had not planned for season 3. But, still, with the popularity of season 2 and on fans’ demands, we decided to go for season 3. He also added that the show had received many responses in which people said that the show helped them overcome the sadness of losing their loved ones.

“For the first time, I think I would do a series three just because the world’s so rich; there are so many characters. There are characters in this that could lead to six or seven cases. But it’s got to go down a storm, and it seems to be at the moment, so if it carries on like this, then, yeah.” Ricky stated during the interview. 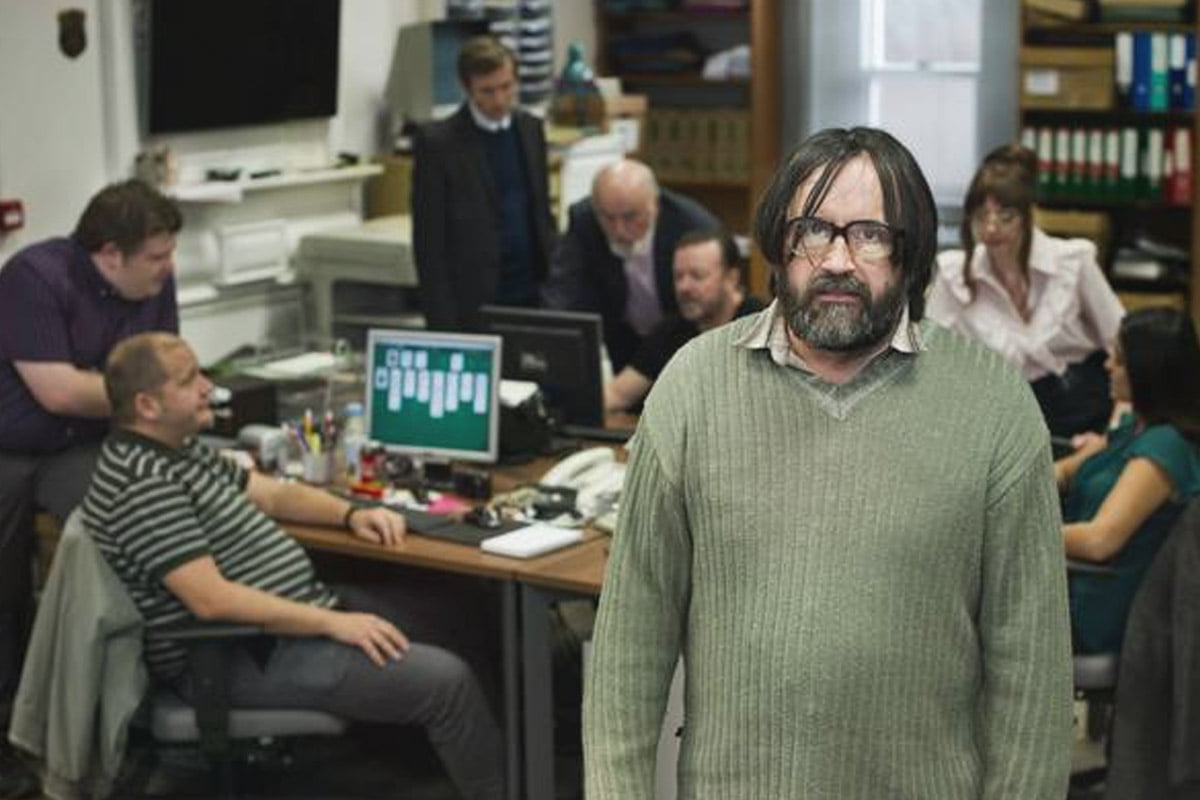 Some of the actor’s returns could be seen in Season 3,d they are Tracy Ann Oberman as Rebecca, Paul Kaye as a psychiatrist, and Colin Hoult as Ken. Other actors who could also be seen in season 3 are Penelope Wilton as Anne, Tony Way as Lenny, and Jo Hartley as June.

The show is based on Ricky Gravis named Tony, a local journalist. He is trying to overcome the grief he is going through after his wife, Lisa. A small recap from seasons 1 and 2 for the fans.

Season 1: Season 1 portrays Tony’s perfect happy life going down after his wife Lisa dies. This changed the happy guy; a content even tried committing suicide. He even isolated himself and started going into depression. When it did not work, he punished people for his loss.

He started living his life the way he wanted to. He started treating himself as a superhero and stopped caring for the people who loved him and wanted to be a part of his life.

Second 2: The season starts from the same point; season 1has ended, season 2, Tony is in the black phase of his life after losing his wife. He is about to overcome death, but then he loses his father. However, unlike the end of his wife, Tony very strongly took his death.

Something good also happened in season 2 as Tony started falling for Emma, the nurse who looked after Tony’s father. The season ends when Emma comes to him and offers that she would love to look after him unless he has overcome his problem.

Season 3: In this last part of the season, the local journalist Tony moved on with his life strong and accepted the death of his wife Lisa and his father. The trailer shows that Tony in the pub a d his father’s ashes fall on the pub carpet and the face of the pub owner. Season 3’s fans are waiting desperately for the show as fans like the show, and even celebrities are fans of this show.

Shelley Jensen returns to Emma, and she helps improve her relationship with Tony. Emma was the nurse looking after Tony’s father when he was admitted to the hospital, as he was a dementia patient. Unfortunately, despite the effort of Emma, Tony’s father died in season 2. But both the characters, Lisa and Tony’s father, will play their character in season 3 as flashback artists.

Penelope Wilson plays the role of Tony’s friend. She is his bench busy and graveside confidant. In Season 3, we will see how she helps Tony overcome his anger and grief with a comedy-laced conversation between the two.

Some of the extra artists who acted as Tony’s colleagues in his newspaper office will also show their return in season 3. His colleagues’ names include Jo Hartley, Tony’s ex-girlfriend, her son, and Lenny, his friend. Kath (Diane Morge) was trying on Matt in season 2, and now in season 3, when Matt’s marriage is on track, it will be interesting to see Kath’s new step. Other characters like journalist Sandy, intern Coleen, postman Pat, who falls in love with Tony’s friend, who is a sex worker, will also add to the spice of the show.

The time had come when the fans had to say goodbye to the series. The comedy show has come to an end. In an interview, the lead actor Ricky Gervais mentioned that the show would end beautifully and that all the viewers’ questions would be answered this season.

He also informed that he is signing to other projects with Netflix, including two stand-up specials, including supernature, which is expected to stream in 2022.